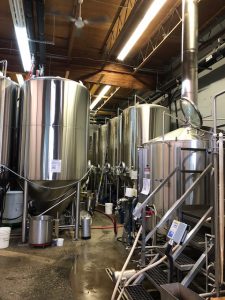 Since they opened in 2012, beer lovers in BC have discovered Bridge Brewing’s great tasting, high quality craft beer. 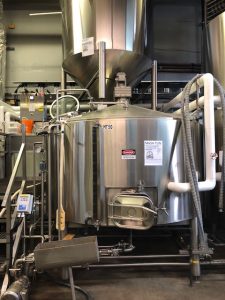 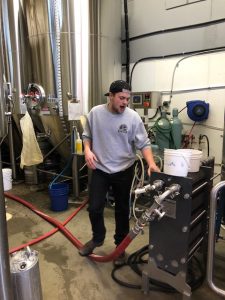 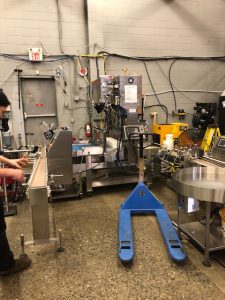 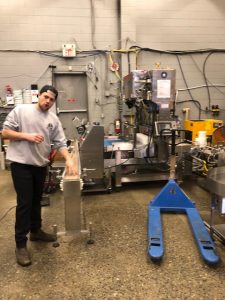 Owned by Leigh Stratton and her husband, Jason Stratton they began their journey as Vancouver’s first nano brewery, since they built a new brewery, and added to their brewhouse capacity to keep up with the welcomed demand. 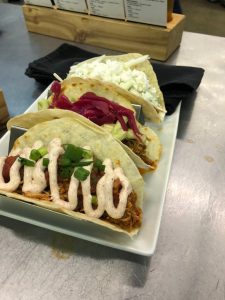 Along with the brewery and the 28-seat taproom, the facility also features a kitchen that is serving a selection of tacos, twisty breads and snacks overseen by Chef Mac. 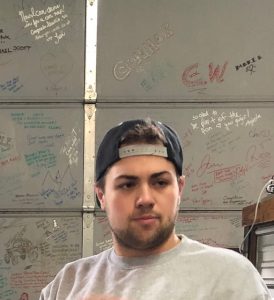 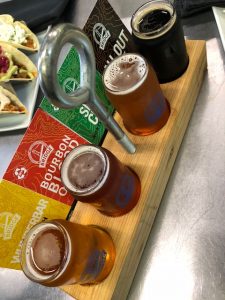 The brewery offers tasting flights of their beer along with individual size pours, cans and growlers. I tasted through their beer selection with head brewer Sean Kellock and my favourites on the flight were the Bourbon Blood Orange, All Out Stout, Side Cut followed by the Wunderbar.

Bridge Brewing Co. is located at 1448 Charlotte Rd in North Vancouver, on Instagram @bridgebrewcrew they are open Sunday – Thursday from 11am – 8pm, and Friday – Saturday from 11am -10pm.

Chefs in the Hood on April 7