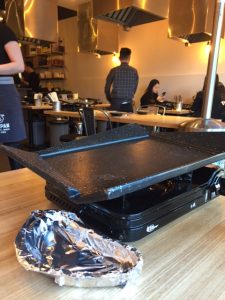 First you need to understand that there are different types of Korean BBQ, once the unknown is known, you’ll note that here it is all about the Seoul style of Korean BBQ. I discovered the Seoul style to be more modern, and it starts with the type of grills used, here the grill is a free standing unit that is placed on each of the tables; as well you can take the tops off the barrel-shaped stools to store your belongings. With any type of Korean BBQ experience sharing is always best so you will want to have at least one friend if not three friends to join you.

Owner, Paul Lim set out to bring the Seoul style of Korean BBQ to Richmond as he relocated back to Vancouver having lived in Korea for 20 years. Like most Korean restaurants a round of various side dishes are served complimentary for guests to enjoy with their meal, here the Banchan as they are known are slightly different than ones I had tried at other Korean restaurants. 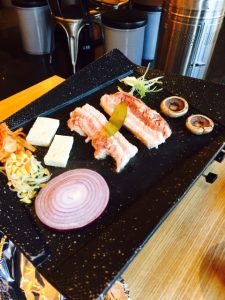 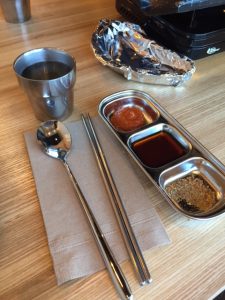 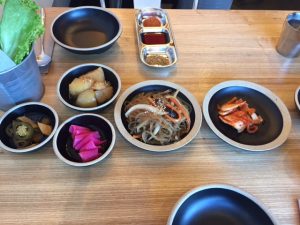 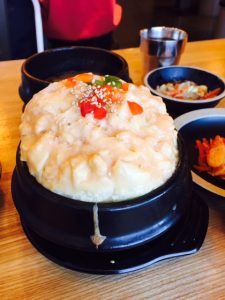 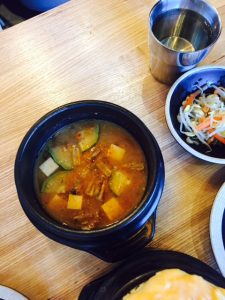 I had the Dolpan BBQ Grill Set, which comes with an assortment of banchan, egg volcano and soybean soup. The meat is placed on the grill along with the vegetables and the staff comes to the table and cooks it all for you, checking on it from time to time, this is where the Seoul style differs from the traditional Korean style where you cook your own food at the table. It is served with lettuce along with sauces for dipping: along with the set side dishes. 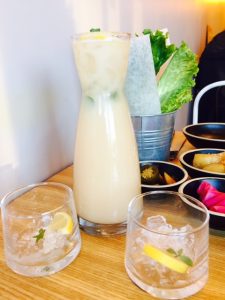 I had their popular Soju Yogurt Cocktail which was refreshing and balanced out the meal perfectly and it is shareable for two. 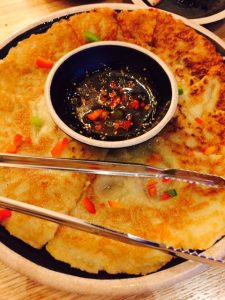 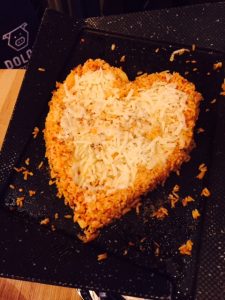 The Kimchi Fried Rice is made with the tips of the kimchi making this dish quite unique and flavoufull, it is then topped with cheese (extra cost) and it was addictively good. I had never had anything quite like it before, after the cheese melts slightly, they add shredded seaweed which is then mixed and fried on the tableside grill and becomes nice and crispy.

Since opening a couple months ago, the restaurant has been popular amongst all who have visited, take my advice and ask a few friends to join so that you are able to make a secured advance reservation avoiding disappointment. Dining here was an incredible experience with delicious food and drink and I can’t wait to return with some friends.