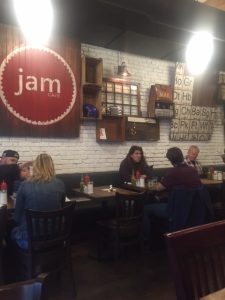 Advice: No reservations. Open Daily 8am to 3pm. 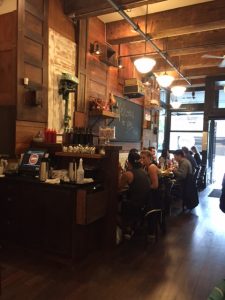 This is breakfast central and it’s one of the hippest in the city, consistently serving up some of the best breakfast dishes around. After several visits either solo or with friends over the past few months I have managed to only get thru part of the vast menu. 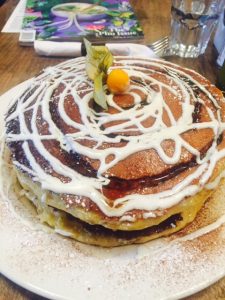 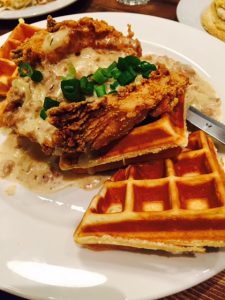 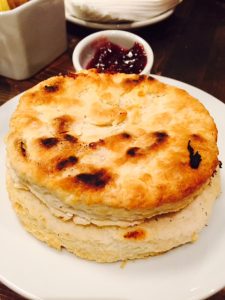 Each of the dishes are fairly large, I have had the delicious triple stack of Cinnamon Cream Cheese Swirl Pancakes ($14) with cinnamon butter and maple syrup; as well as the Chicken ‘N Waffles ($16) with buttermilk fried chicken breast, sausage gravy, and green onions; and one of the house-made Buttermilk Biscuits ($4) which are 5 inches round, flakey with jam. 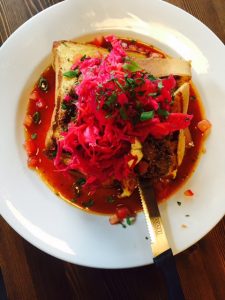 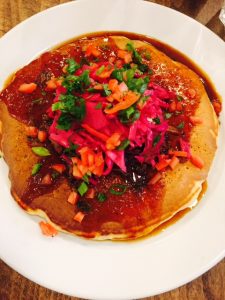 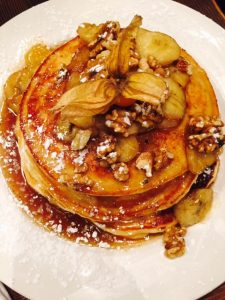 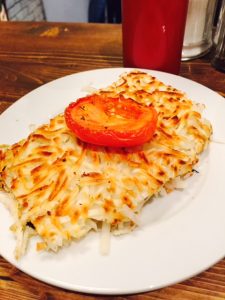 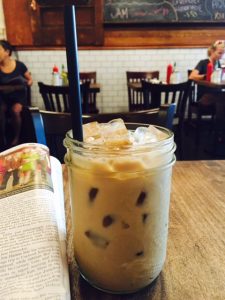 I have indulged with the Chicken French Toast ($15), topped with red cabbage with the delicious Tabasco honey and a drizzle of maple syrup which is one of my menu favourites that I will order time and time again. The Pulled Pork Fluffy Pancakes (half portion) ($13) with pulled pork and topped with maple bbq glaze, jalapeno sour cream, pickled cabbage and maple syrup drizzle was very good, as was the impressive Triple Stack Pancakes with Banana and Walnut ($14). I have had a side of the hash browns ($3.50) as well as the refreshing iced coffees ($3.50).

One of the menu favourites which I have yet to try is the Charlie Bowl and the Veggie Bowl, both are huge and note that if you are to finish one of these on your own, you will receive a complimentary Jam Café t-shirt, it is an incentive for sure but it’s a task to conquer the bowl. Look for a whole range of dishes with and without eggs, plus more exciting dishes that are lunch focussed, along with coffee beverages and milkshakes. I look forward too many return visits.