When Derek was almost 14 years old he got his first job at McDonalds where he worked for 4 months. He then worked in construction and at the same time in a bunch of restaurants including Boston Pizza, Pizza Hut and other chains. As he grew up in Alberta and the legal drinking age being 18, he was fortunate to be able to start working in the pubs after he turned 18, and he worked there while he was going to university. At 21 or 22, he started a job working at The Wildwood in Calgary doing wild game stuff, where he worked in the pub downstairs and at the same time in fine dining upstairs. He then moved on to Bravo Bistro in Calgary for awhile. Then 12 years ago he moved to Vancouver, becoming the chef at Wazubee Café on the drive which he worked for 2-1/2 years. He then joined Chill Winston as the Executive Chef and he also helped open Guilt & Co, after 7 years he is still running both of these restaurants in the same role. 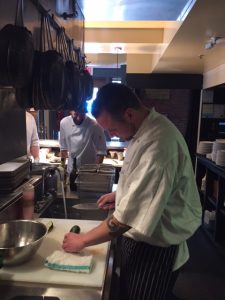 No I am self taught but I did get my red seal a few years ago.

How important do you think is Red Seal certification for your chefs?

I do Red Seal certification with my staff now, cause I believe people feel guarded in this industry here. You can’t limit yourself, I want to hear my cooks opinions and ideas.

How do you keep your staff inspired?

It’s about the passion and the excitement, showing them how to make different things, such as different breads. I do various special events that motivates the team. 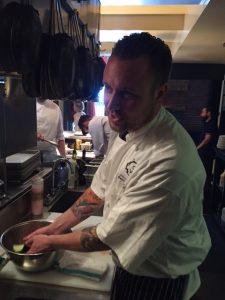 How did you get involved in Growing Chefs?

Tell me about one of your initiatives with Growing Chefs

I created a dish using Earthwise farm produce for the Growing Chefs intiative called Eat. Give. Grow. Our servers try to promote it to the customers. All the proceeds go to Growing Chefs after costs. I aim to support this incredible organization, anything makes a difference. 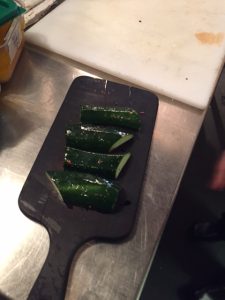 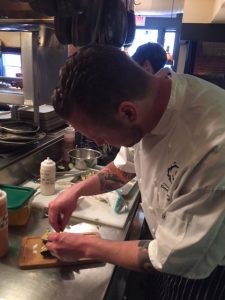 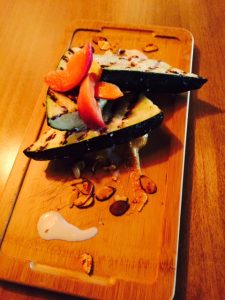 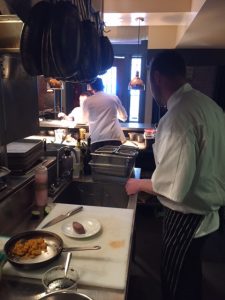 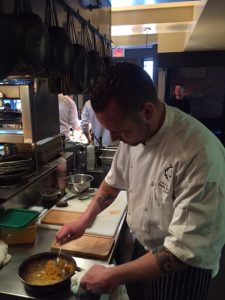 How did you get involved in purchasing from Earthwise Farms?

Joanne Mackinnon used to run Slow Food’s locally, we talked about it one day, she introduced me to her friend Patricia Flemming at Earthwise Farm. I started working with them that started the relationship. I help with a local dinner that they do every fall called the Hundred Mile Diet Banquet. 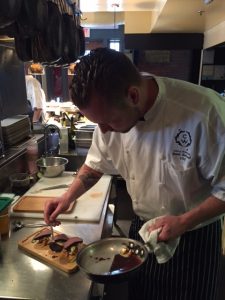 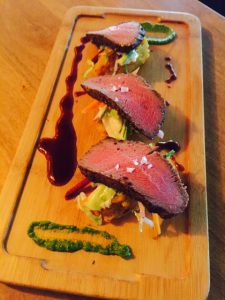 A chef competition with friends, I like to win, therefore I created this dish and I got a standing ovation for this local venison which was a great dish. 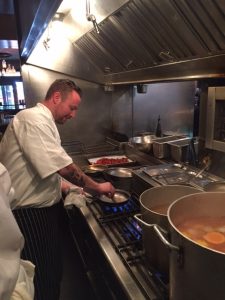 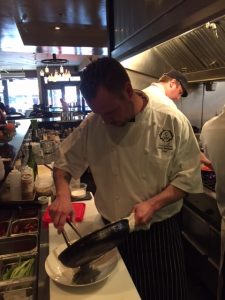 Making my own bread 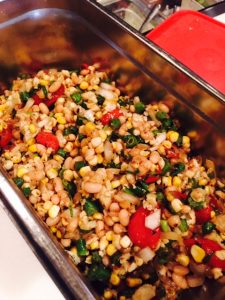 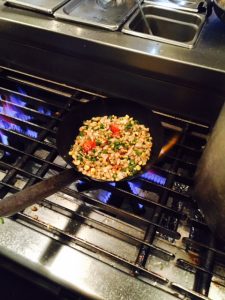 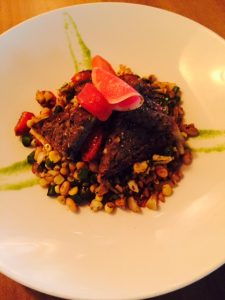 I wanted to do an Octopus sausage, then thought of doing a vegetarian sausage. I wanted to do farro for it’s nutty flavour and grilled veggies.

Tell me about baking your own Bread

It started with chasing the baguette, then whole grain breads, natural yeast starters, milling my own grain. It is all the stages of making bread that I love, the proofing, patience. I just make it for myself in my spare time.

Tell me about Pickling Fruits

I was reading a book called “Slow Fruits” talked about pickling fruits, I then pickled strawberries, sweet and tartness and I loved it, added to my fresh salad. I have done pickled mangos, nectarines and veggies such as leekscapes.