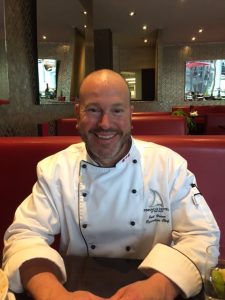 At 8 years old, I made crepes and omelets for my family. At 18, I moved to Banff and became a dishwasher at the Voyageur Inn, I was into snowboarding there. At 19, I moved to Whistler to snowboard then worked in construction and eventually moved on to work as a waiter for 3 years. At 22, I moved to Vancouver and worked as a cook at the Old Spaghetti Factory, then I decided to go to school for culinary arts, enrolling in VCC Culinary (1 year program). I then got a job at Aqua Riva as the Chef De Partie which I had for 2 years. I joined the Beach House working part time and then at the same time worked at Hotel Vancouver in Griffins and 900 West as Chef de Partie, moving my way up the ladder to banquets. I ended up doing my apprenticeship and got my red seal while I was working at Hotel Vancouver. Then I went to the Vancouver Convention Centre for 2 years (working for Center Plate which owns the Vancouver Convention Centre food service operations), I was sent to New Orleans to reopen the Superdome. I also did a 20,000 person plated 3 course dinner at the George Brown Convention Centre in Washington, DC. In 2009, I worked at the Delta Vancouver Suites Hotel as the Banquet Chef, and in 2010 joined the Pinnacle Hotel at the Pier as their Executive Chef and have been here ever since. 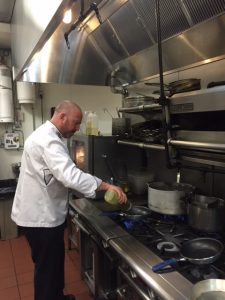 Looking back from the beginning of your career, what has been the driving force to date?

I always wanted to be an Executive Chef of a hotel by the time I was 40 years old. I got this job when I was 39. I like to live like a millionaire without being a millionaire. 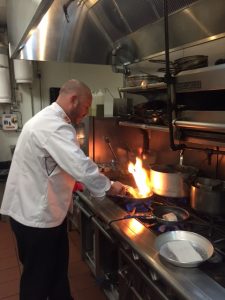 What challenges are there at the hotel between running the restaurant and banquets?

When both things are cracking there just isn’t enough space in the kitchen to run it all. I have one sous chef and eleven crew, I am really excited as we just hired another sous chef to work in my kitchen.

What is one of your forte’s on the banquets side?

We do 50 weddings a year and win awards every year. I have taken the best of the best ideas from chefs that I have worked for. 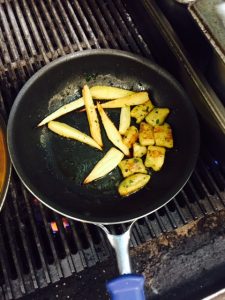 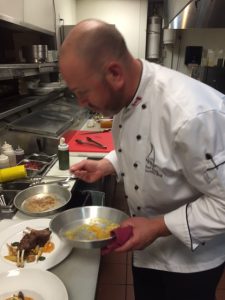 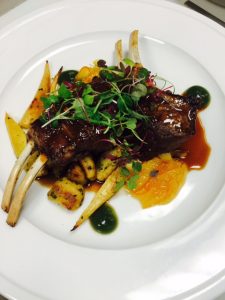 Inspired by my marmalade from there I was trying it with meats, then I tried it with the lamb and it was amazing. 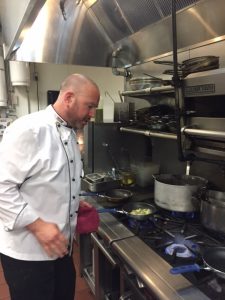 I understand you play soccer on your hotel team, tell me more

There is a soccer league comprised of teams representing most of the hotels in the city, we play every Monday night on the turf at Van Tech. 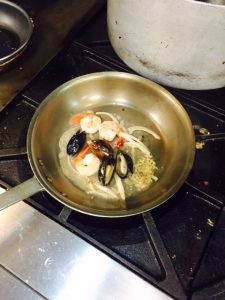 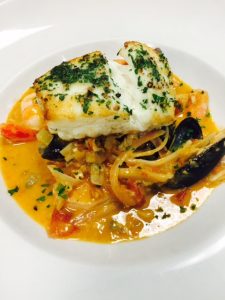 Fresh seafood from the sea and I just wanted to put this all together and taking a boullabaisse to the next level with the halibut addition.

What is your favourite style of wine?

What wine are you drinking now?

A Taste of Italy at Sciue’