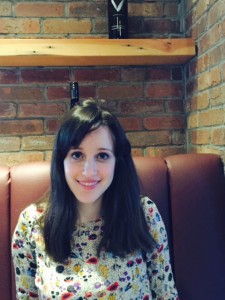 For my Sixty Seventh brunch in this series, I was joined by Actor, Comedian Goldie Hoffman over Brunch at The Flying Pig in Olympic Village.

Goldie was born in Brooklyn, NY, grew up partially there, and then her family moved to Montreal. She then left to go to theatre school in Vancouver. She now lives in Los Angeles, and also part time in Vancouver. Goldie has a Bachelor’s Degree from McGill, graduating with a double-major in History & International Studies.

Goldie is a dual American-Canadian citizen, and comes from a family of 10 children, she has 4 sisters and 5 brothers. She is an Actor as well as a stand-up comedian, performing on stages across the US and Canada.

I was heading towards law school to do international law. However, I had an interest in acting and was already doing some on the side in indie films and had finished some other projects. I applied to both law school at McGill as well as acting school (Studio 58 in Vancouver). I took the bus to Ottawa for an interview with Studio 58 as I was really interested in their program. I ended up getting accepted to both, and I chose acting school over law.

How did you get into Comedy?

I was going through a breakup, and to get over my depression, I ended up living in my ex-boyfriend cousin’s house. I had an interest in doing comedy in Vancouver clubs. I was working at the Hennessey as a server and one night they invited me to go on stage and do comedy, I was a hit. From that point on, I got into the comedy club scene doing shows and then I did sketch.

Big gay Italian wedding “Connie” at the Cultch in Vancouver

How did your latest project starring in Bad Jews come about?

I had known Jay Brazeau and I had been studying with Ben Ratner. I ended up being invited by Ben to be in a shoot for his film “Down River”. Jay Brazeau happened to be watching the shoot. Ben then gave me a glowing recommendation to Jay, I did a read and got the part.

Daphna is out spoken, feisty, intelligent and attached to her Jewish identity. A very stubborn person, she is living in an apartment with her 2 wealthy cousins. Their Grandfather has passed away and they were all fighting over the chain necklace. Daphna feels she should be the one to have it. 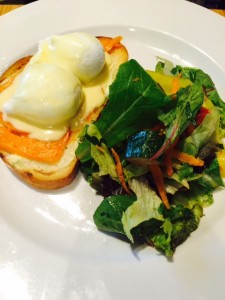 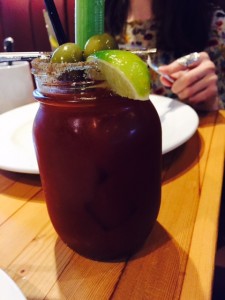 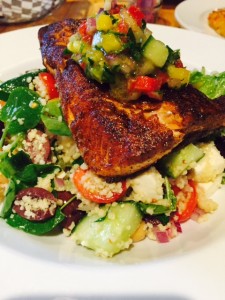 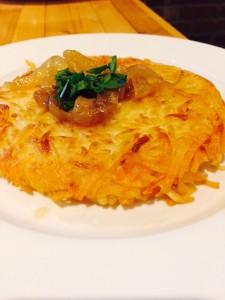 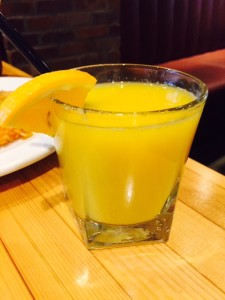 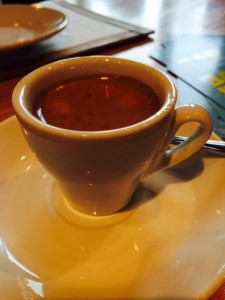 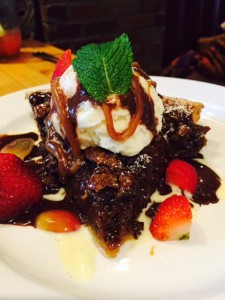 Goldie and Richard both enjoyed some complimentary Banana Bread to start. Goldie then had the Salmon Eggs Benedict, a Caesar and Coffee. Richard had the Blackened Steelhead Trout salad, Lyonaisse potatoes, orange juice and an espresso. For dessert Richard and Goldie shared the Chocolate Chip Bourbon Pecan Pie.

Tell me about what the audience can expect to see at Bad Jews?

They will see the entire gamut of human emotions. Family at their rawest, people how they are behind closed doors. A family at it’s breaking point. There are fun moments, especially in Jewish culture, there is always an opportunity to laugh and that is ok. Cringe, laugh, cry and get ready for a real emotional ride. The play is set in present day, it’s both a drama and a comedy.