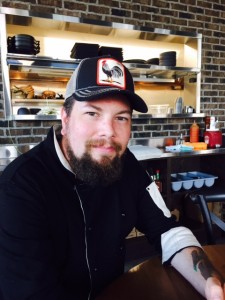 In his early teenage years, Alex began cooking at home while working at a few restaurants here and there around Vancouver. He moved to Jasper, Alberta when he was 22 years old and worked as a chef in the kitchen at a brew pub. He lived in Jasper for about 8 years working various food service related jobs. He then moved to Banff and worked at an Irish pub after almost a year, he ended up moving back to Vancouver. He joined Famoso Pizzeria as their Corporate chef Trainer and worked all over the Western Canada opening their new restaurants. He joined Big Rock Urban Eatery months before opening as their Executive Chef and has been there ever since.

I understand you worked as a Train Conductor while living in Jasper, tell me about it

Yes while I was living there, I took a break from working in the restaurants to being a Train Conductor, the money was good, I worked for CN Rail for almost a year. 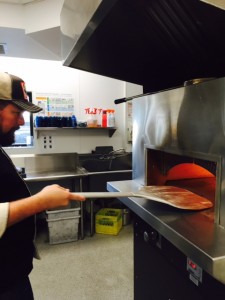 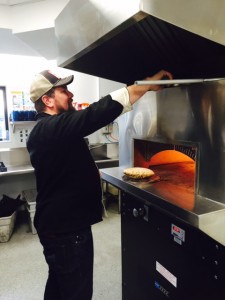 What Challenges you most while working as a Corporate Trainer?

Engaging young staff to be brought in to the same values as I had been in a corporate type of restaurant establishment. 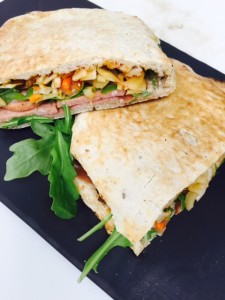 I love Vietnamese subs, and cold cuts, so I can eat this every day, I do it eat it 3 times a week. 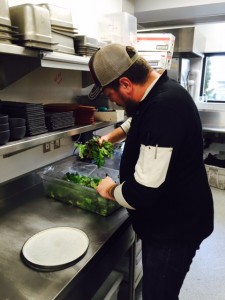 At Big Rock Urban Eatery, what has it been like creating the menu and rolling with it?

Being able to try what works and doesn’t has been fun. Always exhilarating building the menu, staff and the kitchen. It’s been great to build such a tight team here. Empowering our staff as much as possible leads to having a great team.

Meat, and the stuff you’re not allowed to eat (the fatty and salty) I didn’t get my nickname Chef Beer Belly for eating salads. 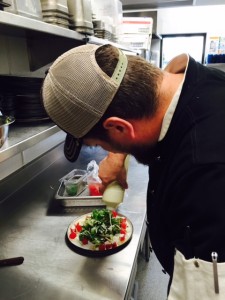 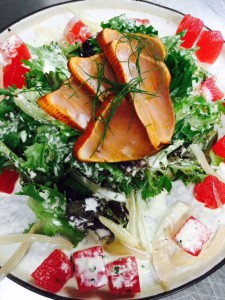 I have fond memories of marinating watermelon in booze. Perfect summer salad and simple and refreshing. 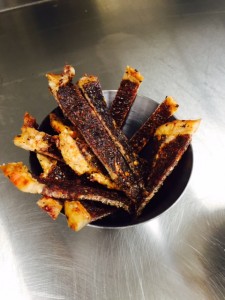 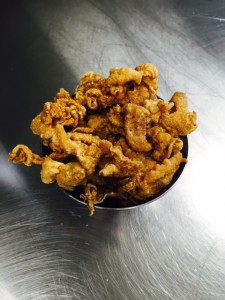 What are these snacks you just made us?

We recently add these bar snack to our menu and they have been a big hit, wanted you to try some.

Which dish would you pair with your Citra Delic IPA? 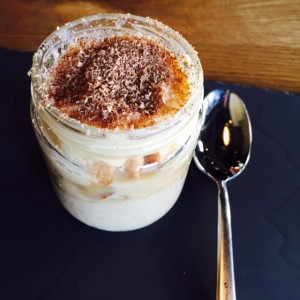 Banoffee Pie in a jar

Chef Alex new that I had a sweet tooth, and this new dessert was delicious.