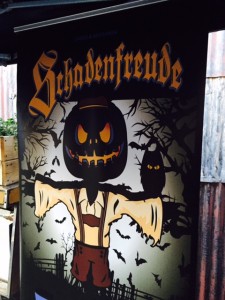 Earlier in the week, I attended a terrific and fun launch party of Parallel 49’s fall release of their Oktoberfest Lager. This beer sets itself apart from other pumpkin ales by being light and refreshing. Pumpkin is used in the mash along with traditional pumpkin pie spicing in the brew kettle. A large portion of the grain used is Munich malt which gives a nice pie crust flavour to the beer. 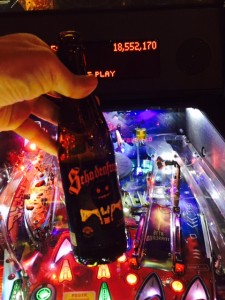 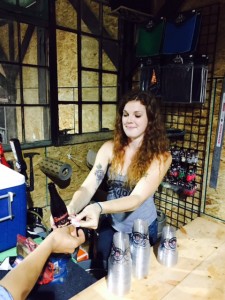 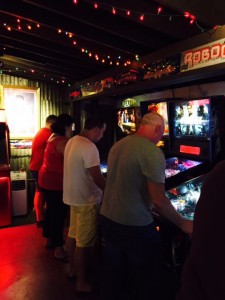 This fun party was held in a venue that I have never heard of, totally off the radar and totally cool, the Landyachtz Factory Store and Pop-Up Vintage Arcade at 1146 Union Street. It was a Pinball Wizard night of vintage arcade games, Merchant’s gourmet steamies and an early preview of Schadenfreude Pumpkin Oktoberfest, hosted by Parallel 49 Brewing Company.

Guests also had a chance to try some of their other beers which included their Seedspitter and Gypsy Tears.

Nathan Jackman and his Cocktails