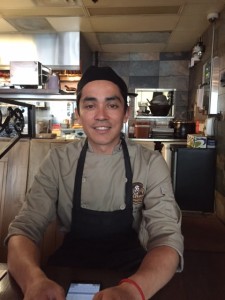 When I was living in Mexico City, where I grew up, I used to cook at home for my family, I was about 14 or 15 years old at the time. Years later I came to Vancouver and worked as a dishwasher at Las Margaritas for 2 years, I also helped the cook doing kitchen prep. I liked helping with the cooking and sometimes I gave them advice which they happily accepted. I stayed on with the restaurant working as a Busser, then the Bartender. Then an opportunity came up at Las Margaritas and I was promoted to Sous Chef and worked there for another 4 years. I then moved on to Patron Tacos & Cantina as their opening Executive Chef and have been here since. 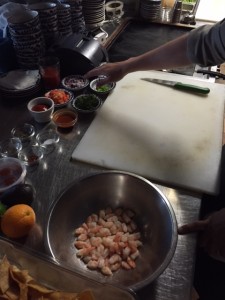 Has your menu changed since opening?

Yes it has twice. 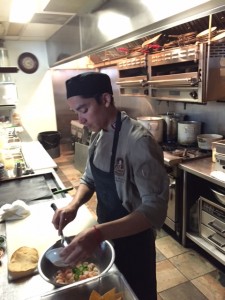 Are you changing the menu based on the season or authenticity?

I am trying to add more authentic Mexican dishes to the menu.

Have you had any challenges over the years in your restaurant?

You have to make it easy for yourselves, and it’s important to have good staff. 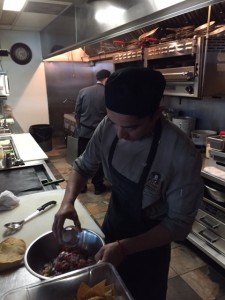 Japanese and then Mexican of course. 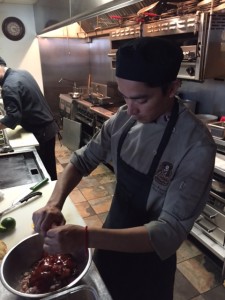 Yes, mostly making salads, and pastas with a Mexican touch with lots of vegetables. 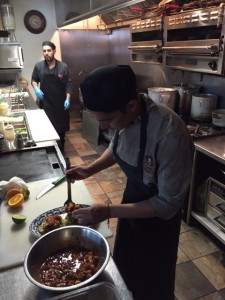 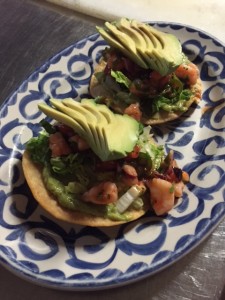 We have a lot of Mexicans coming here who want seafood and it is popular in Mexico. 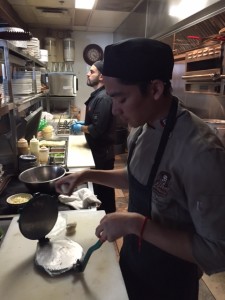 What was the most exciting thing you have done in awhile?

What do you want your kitchen staff to learn from you? 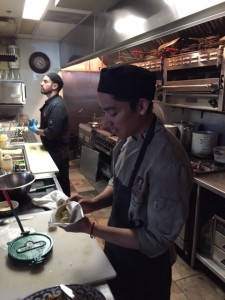 Have you had any challenges finding specific ingredients from Mexico here?

Have you put any dishes on your menu that haven’t worked?

Molletes – it is an open face type of sandwich which is popular in Mexico. We had it on the menu and removed it as it wasn’t popular.

Do you make your own Tortilla Chips? 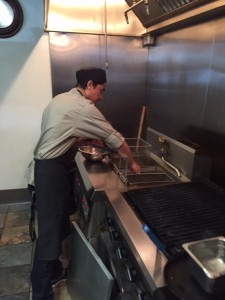 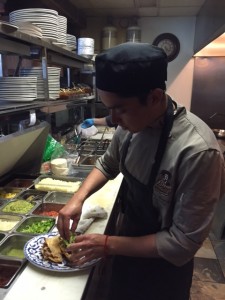 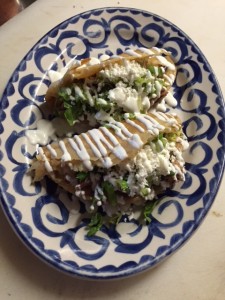 I wanted to put something from the street (street food from my city which is Mexico City).

What other street food dishes from Mexico isn’t being served here?

What would you pair your Prawns Tostada with?

What would you pair your Quesadillas Mexico City Style with?

Tasting Plates New Westminster on May 13