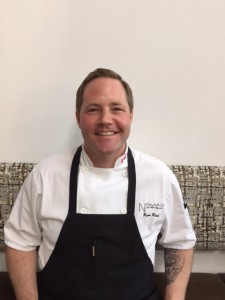 I grew up in Nanaimo, when I was in grade 11 my interest in cooking flourished. I took a professional cooking class program that was offered in my high school. After graduating I worked in oil in Northern Alberta to save up some money. Two years later I took the Vancouver Island University’s culinary program then did my apprenticeship and worked for Chef Rod Butters in Kelowna. I then became the Sous Chef at Waterfront Wines under Chef Mark Filatow working there for 5 years.

I then went travelling to explore Asia, returning to BC to work in Victoria as the Chef de Partie at the Westin Bear Mountain Resort. I moved on to the Oak Bay Beach Hotel and worked there for 8 months as the Exec Sous Chef while Nomad was under construction in Vancouver. I then moved to Vancouver and opened Nomad with 3 of my friends and the rest is history. 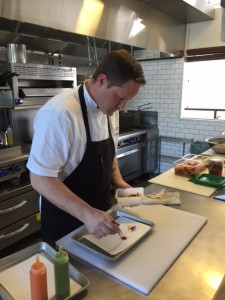 How did your appearance on Chopped Canada come about?

I always wanted to own a restaurant, at the same time the restaurant was being set-up, I looked at the form for the show, I sent it in and got a call from the producer the next morning, and within 4 days I was on the show, I then won Chopped Canada in 2013.

What does winning Chopped Canada do for your career?

It was great exposure, black box, real cooking. It helped on the social media side of things. 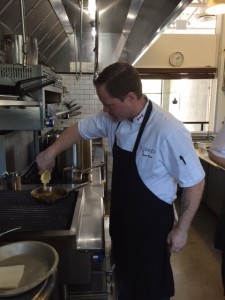 Where did you get your appreciation for Foraging?

I lived in a place where I could forage on Vancouver Island. My fridge in the restaurant is full of foraged items for my dishes. 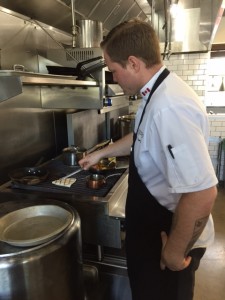 Any vegetable, any preparation. 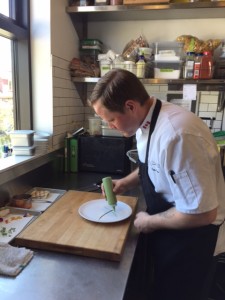 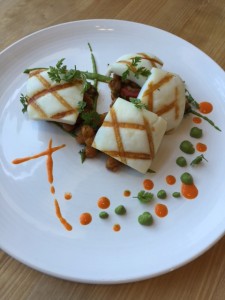 I wanted to use Octopus, it’s not Ocean Wise so I found the Humbolt squid. South American spice and lots of vinegar. 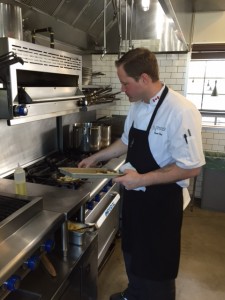 What are you looking forward to as the Spring/Summer is upon us? 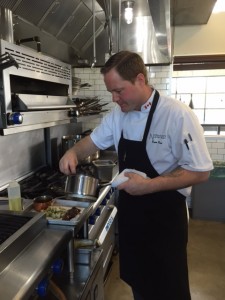 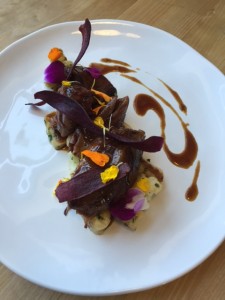 We were talking about a lamb dish, we made a Nomad masala, and the dish took form around the spice. 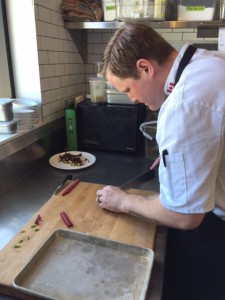 When you have off time, what do you like to do? 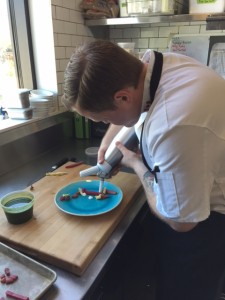 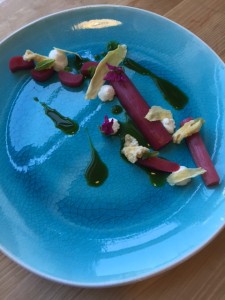 Sous-vide and marinated, served as is.

Rhubarb, is what is in season now.

How do you choose your farmers?

I knew I wanted to use North Arm Farms. Sometimes I meet farmers at the farmers markets to start the relationship.

Celebrating the Spirits at BC Distilled