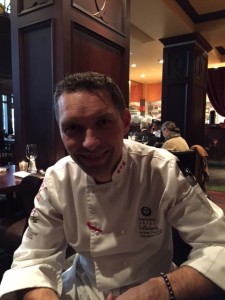 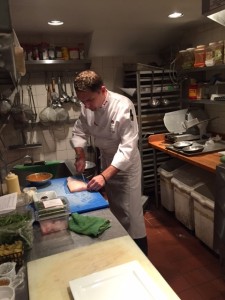 Are there any challenges for you being an Executive Chef of an Indian restaurant?

Some people who are passionate in life work in different cultures vs some people “cooks” work in the industry out of school. It is has been a great experience for me, taking ideas from the kitchen.

When you are creating dishes, do you make them spicy for your Indian dishes? 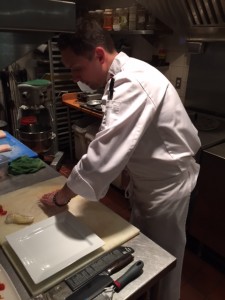 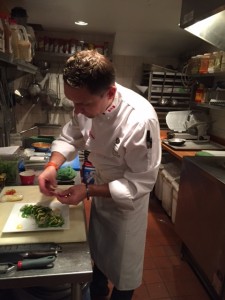 Have you encountered any problems finding ingredients locally?

Not really, for Indian cuisine you can always find the ingredients here.

What is the trick to Butter Chicken?

I have a very good team, one of my chefs had an old school recipe that he had made for years, we make it with tomato and a little cream to make it lighter. Chef makes it from the heart. 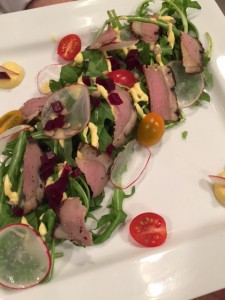 Healthy and perfect for summer. Indian because it is smoked duck. Not popular in Indian restaurants but we can make it so.

How do you smoke the duck for your salad?

The duck is marinated for 24 hours, then dry in the fridge, its then marinated in Indian spices, then smoked in shallow wood, then mixed with Indian tea for 25-30 mins. 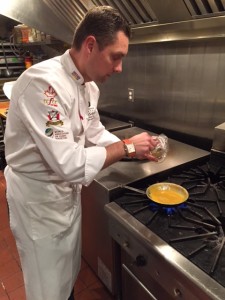 What is your favourite dish?

Actually it’s not a dish but a drink, a cup of strong coffee 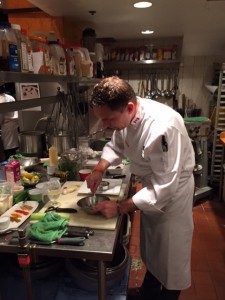 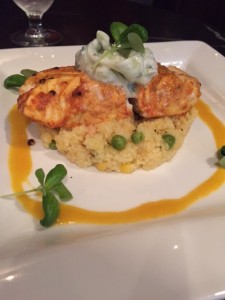 Summer, I had an idea to use couscous which is healthy using champagne gives a lighter taste and using gooseberries in the sauce instead of the garnish.

What 5 ingredients would we find in your home pantry? 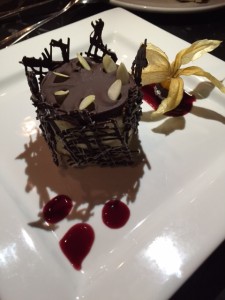 Cheesecake with chocolate and berry dressing

Cheesecake with chocolate and berry dressing

Taking a recipe that my grandfather made and changed it to be more modern.