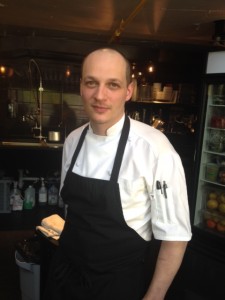 In grade school I was interested in cooking, during the summers I took cooking classes in my home town of Guelph, Ontario. The first job I had was as a dishwasher when I was 15, I then worked at a bistro cooking, I liked it and that was what I wanted to do. In 1998/99 I moved to Vancouver and enrolled in the Dubrulle Cooking School for a 4 month intensive. After graduating I went to the Wickaninnish Inn in Tofino and cooked there for almost 3 years, started off as an apprentice then worked with a pastry chef for 9 months. Left Tofino for Victoria where I worked at Café Brio cooking for 2 years, I finished my apprenticing in Victoria when I was 23. I then moved back home to Guelph and worked at a Langdon Hall property to do a stage then worked pastries for about a year. I then moved back to Tofino to the Wickaninnish Inn to work as a saucier for a year, moved back to Guelph, then back to Langdon Hall and worked all over the place for about a year. I then followed my girlfriend to Banff and worked there and I hated it, I left and moved back to Vancouver and worked at The Irish Heather for 8 months, from there I worked at Vintropolis in Kitsilano for over a year. From there I went to work at The Sandbar as a Sous Chef for 3 years. I then went to Europe travelling for 3 months, then lived in London for 2 years, working some stages first to figure out where I wanted to work. I worked at Maze at first, then worked at Wild Honey for 4 months, and then at Club Gascon for 10 months. I then worked at Rhodes 24 for a year, got married while I was in London then went travelling with my wife for another 3 months around Europe. We moved back to Vancouver in 2011, I then worked at CinCin as the Sous Chef for 2 years and then we opened our first restaurant Kessel & March.

Opening your Restaurant, did you think it was going to be as you expected?

I thought it was going to be so much easier than it has been.

What Challenges you day to day from a Kitchen perspective running your own restaurant?

I am thinking more and almost stressed out on getting everything done from the til to the kitchen. 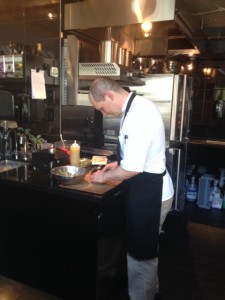 What is your favourite Cuisine to eat?

What is the Best restaurant in Vancouver that you have eaten at recently? 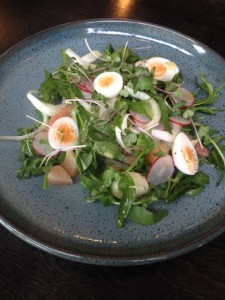 The watercress and radishes in a salad, I like quail eggs and then citrus came next. 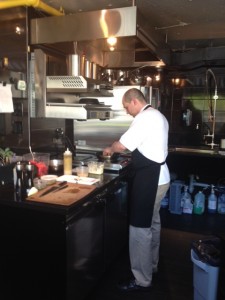 What 5 Ingredients would we find in your home pantry?

I used to bike, workout and listen to music and specifically new artists. 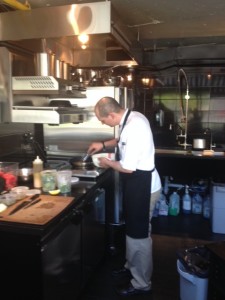 Now I am in my restaurant all the time.

What was the worst shift you ever worked?

Has anything crazy ever happened in any of the kitchens you worked in?

While I was working at Wild Honey in London, a fist fight broke out between 2 chefs, it was the craziest kitchen ever. 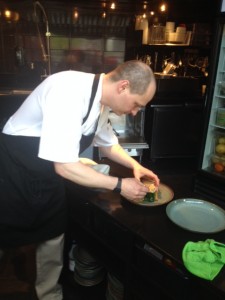 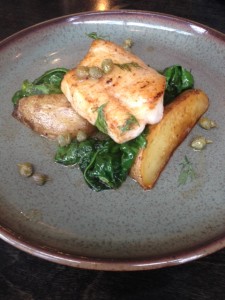 I wanted to put a fish dish on the menu. Decided on Rock fish and then added the other elements.

When you are planning a beer dinner menu, what do you look for?

I taste the beer, and since I don’t want to be conventional, I like to mix it up and do things differently. 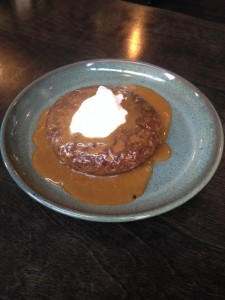 Getting ready for fall, I made it in London, it’s super British and I wanted to make something the same. The sauce has treacle which you can’t get here, it is a secret in the sauce.

An Evening and Afternoon with Ruth Reichl