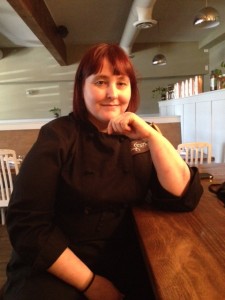 Karen started cooking in 2002. In the late 1990’s she lived up North and worked random kitchen jobs in a café as well as worked front of house. From 2002-2008 she worked in the kitchen at Simon Fraser University in Burnaby. In 2008/09 she worked at the Cambie Malone Group front of house and in the bakery. In 2009 she was at Graze (not affiliated with the current one) where she cooked meat in the kitchen. In 2010 she joined the W2 Media Café as their Executive Chef and was there until the café closed in late 2012. Since February 2013 Karen has been the Executive Chef at Graze Vegetarian Restaurant.

Being Vegetarian yourself, how easy or difficult was it to set-up a Vegetarian menu at Graze?

We (Vegan/Vegetarian) have gotten used to not eating out and cooking at home we have an understanding of materials. Making food that people wouldn’t make at home for those who didn’t have the time. We make food that is comforting, unexpected, intricate in presentation, capable for really big flavour. Demonstrates how plant based cooking can be done and be capable to get those robust flavours.

Did you always have an interest in being a Chef?

In my high school aptitude tests, cooking was in the top 5. I then tried to do things not thinking of becoming a chef. Earlier in years I did do gardening and grew vegetables so the interest was there from a young age. 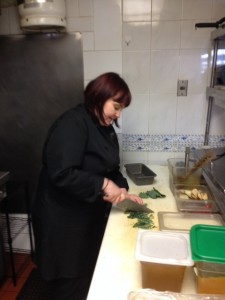 How important do you think it is for people to understand Vegan cuisine in Vancouver?

This has happened from the result of what was happening, shared knowledge, omnivores have been coming in and being surprised to see how we are presenting the dishes. Broader range of vegan/vegetarian cooking. It’s just food you are going to like, lots of steps to get there and it tastes good. 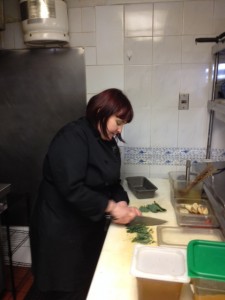 What are your Favourite Foods to Eat?

What are your Top 5 Ingredients in your home pantry? 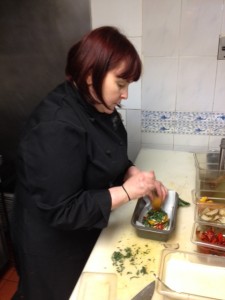 What is the shelf-life of a Herb blend?

What do you like to do in your Spare Time? 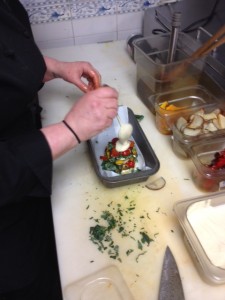 Where do you get your Vegan Cookbooks? 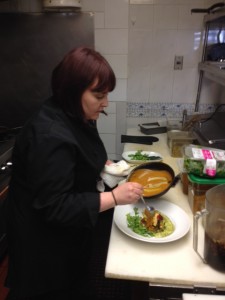 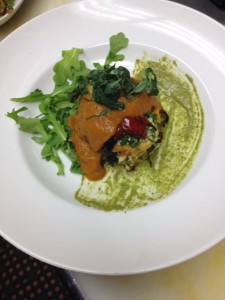 Playing with cashew cream and a different tomato sauce and how they tasted together. Then I decided to roast some vegetables. Someone said it taste like lasagna and that is how I built the dish.

How do you think Vancouver fares on Vegan cuisine vs other top Food Cities across North America?

I think there is room to grow for Vancouver. Both San Francisco and Portland are super well established on the Vegan cooking scene. In Pennsylvania there is a restaurant called Veged who was nominated for a James Beard Award.

What are the Benefits of eating Cauliflower? 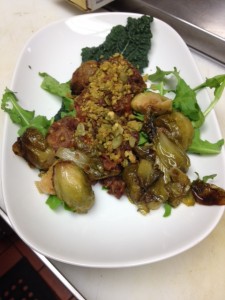 Wanted something stew like and not heavy, with a different flavour profile. Wanting to use Adzuki beans, brussel sprouts and leeks. 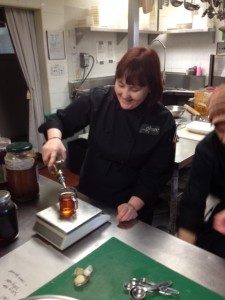 What is your favourite variety of Kale?

What vegetables are you currently Smoking? 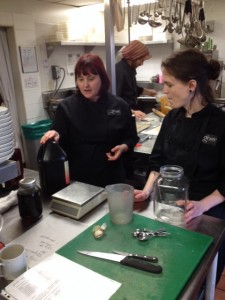 What is the definition of Vinegar Mother?

Takes sugar and converts to alcohol

Tell me about making Kombucha

Appeals to the scientist in me, how things happen. How things start out as one thing and become something else. Probiotics are good for the body, experimenting with changing the flavour of it. 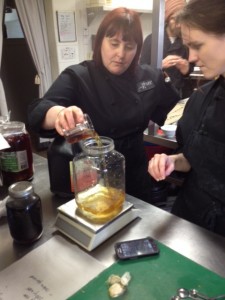 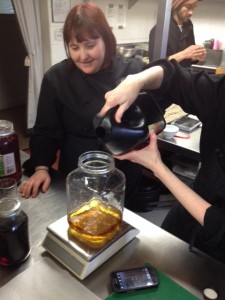 Flavour is nice and it will age well together over time.

Tell me about Smoking Vegetables

Previously smoked meat, I had interests in smoking, so now I am playing with smoking vegetables. Currently playing with Smoked Cauliflower and Oyster Mushrooms.

I understand you have a chefs who stage in your restaurant. How do these chefs find you?

I haven’t put the word out, but every week I get calls from chefs who want to learn vegan cooking and different methods such as fermenting, nut cheeses and such.

Tell me about your company Good Girl/Bad Girl Preserves

It was born out of my W2 experience working with Zoe Oliver. We wanted to work together preserving food, knowledge of sharing. We started teaching classes in 2012, have taught at Richmond Sharing Farm last year and will start more classes at the end of May.