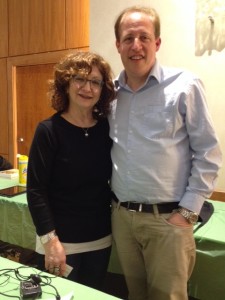 To celebrate the upcoming Passover holiday , Congregation Beth Israel presented well known Cookbook Author Bonnie Stern in Vancouver on March 30 which I was fortunate to attend. 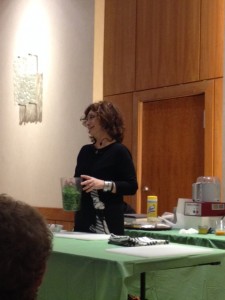 Bonnie did a demo of four of her recipes from her cookbooks to a full house of foodies who had the opportunity to ask her questions about cooking, baking and life. 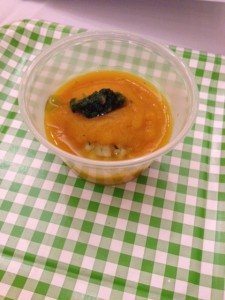 The first recipe presented was for the Israeli Orange Vegetable Soup with Zhoug along with the second recipe for the Mini Herb and Carrot Matzo Balls which went into the soup. 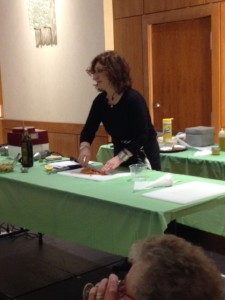 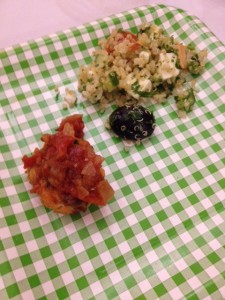 The third recipe was for the Moroccan Fish “Kebabs” with harissa tomato sauce that was served with the Quinoa Tabbouleh with fresh herbs. 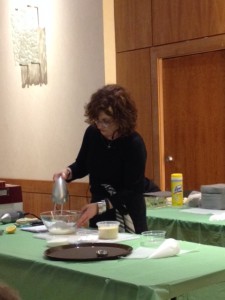 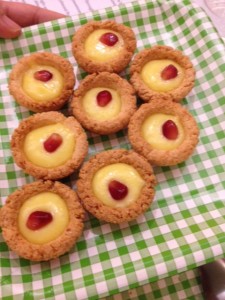 The fifth recipe was for the Coconut Almond Macarons which were filled with Lemon Curd using the sixth recipe.

This was a terrific opportunity for those that attended to discover creative recipes that didn’t use matzah flour or cake meal in the recipes. Bonnie Stern has written many cookbooks over the years featuring all types of recipes including some for Jewish holidays and celebrations, she also writes a weekly food column in the National Post newspaper.