For my Fifty Fifth brunch in this series, I was joined by Gio Levy,  Singer and Songwriter over Brunch at Earls Restaurant in Richmond talking about music, food and more. 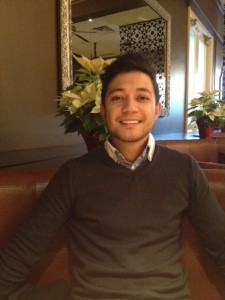 Gio Levy is a singer/songwriter who was raised in Richmond, BC where he has become known for performing and writing songs with a mixture of Pop, R&B and Funk. His music career fast forwarded in December 2011, when he sang with an ensemble opening for Brian McKnight at the Orpheum in Vancouver. That same year, MuchMusic and Coca Cola collaborated to host the very first MuchMusic & Coke Covers Contest. With thousands of submissions from all over Canada, Gio was chosen as one of the top 10 contestants to compete for the grand prize.

Levy’s songs have been heard and streamed through CJSF 90.1 FM and CiTR 101.9 FM. Gio has also been featured and played on popular community stations including Juan Radio 96.1FM and Y57 100.5FM. In April 2013, Samsung took a liking to Gio during his audition for the Galaxy S4 Release Party and decided to take him on as an opening act. Gio got to share the stage with Montreal based indie-pop/rock group, Stars, at the Rocky Mountaineer Train Station.

In November 2013, Gio released his highly anticipated EP, LIPS , which is now available on iTunes.

I always thought I was going to go into business. Initially I wanted to have a tech company or something else business related. I ended up going into sales when I was 22 and worked at Telus and selling hotel furniture. One day I decided that I wanted to get into music and quite my job.

How did you learn to Play the Guitar?

I started reading guitar tabs online “Tears in Heaven” was the 1st song I started to play which I did by ear, listening and watching.

Yes, my uncles in my dad’s side are all musicians, well 5 out of 7 are.

Rock & Roll, everything from Led Zeppelin and ACDC, to Deep Purple and Michael Jackson 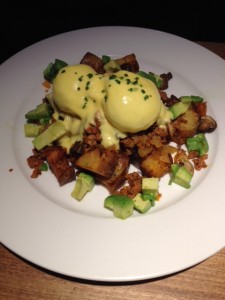 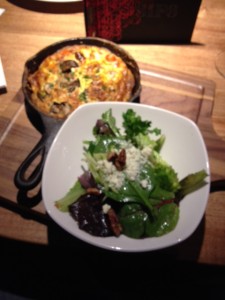 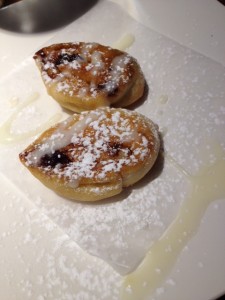 Gio had the Chorizo + Mushroom Hash with poached eggs, crispy fried potatoes, avocado, field mushrooms, hollandaise; and Richard had the Frittata in a skillet with field mushrooms, grape tomatoes, goat cheese. Complimentary cinnamon rolls are served with bruncb which we shared.

What do you want your listeners to feel from listening to your music?

I want them to be able to communicate and relate to me.

Other artists and musicians

East Side Brunch Crawl on January 26