For my Fifty Third brunch in this series, I was joined by Latin Pop singer, film producer and writer, Manuel Cuevas at The Parlour Restaurant in Yaletown talking about music, singing, food and more. 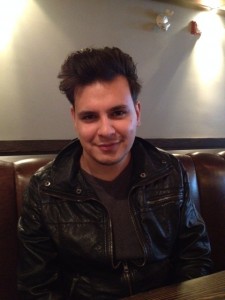 In 2007 the Independent label Aedon Records offered Manuel a deal and to start working in his first record. During December of 2007, Mann locked himself in the cozy recording studio of Aedon and worked with the creative minds of Mexican diamond Nurivan Reyes, drummer virtuoso Rivelino Quiroz and  singer and entrepreneur Juan Campo to record eleven songs for his first record called Real because of its honesty and for meaning the same in English and Spanish. He went on his fourth National tour Lava Tour during summer of 2013 promoting his newest EP of a collection of four. His single “The Door” was a breaking point in his career debuting on iTunes Canada’s Latin Charts at #117. Mann performed for 80,000 people at Zocalo in a massive concert sharing stage with fellow Mexican independent artists. Mann is set to release the third and last single for the EP titled “Shadow”, which will also serve as the promotional single of his new documentary.

The Mexican born and now Canadian singer has released three albums and one EP after inking a deal with Independent Mexican Label Aedon Records in 2007. He has successful singles and a Youtube channel that in 2013 reached more than 10 million views. Also, his reality webseries aired in the United States on Latin-American-oriented Network “Mi Casa Broadcasting” and his first documentary “MANN:2013″ was just released this week.

Always wanted to work in the entertainment industry, since I was 2 years old. I performed at the annual’s school concert playing the xylophones and the keyboard. But it was in High School when I became passionate about singing. I was a regular at the Karaoke bars when I was fourteen years old, and used an old cassette recorder to sing tunes that I created.

My voice, I play a little bit of piano as well.

Yes I do, my family have been fans of music for quite some time. My uncle plays piano and my dad loves Bob Dylan, as a family we always listened to music.

I really like Jamie Cullum, Depeche Mode and Portis head.

Rock music when I was little, then electronic music later. 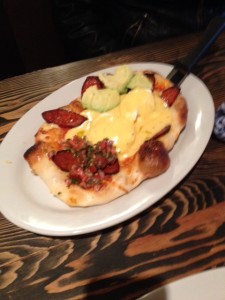 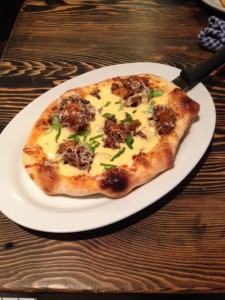 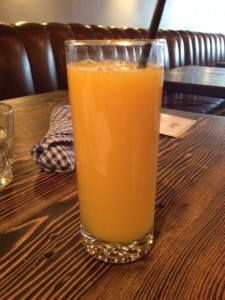 Manuel had the Huevos Benedictines with 2 pouched eggs, salsa, chorizo, hollandaise, avocado, tomato sauce and mozza; while Richard had the Braised Short Ribs with caramelized onion, gruyere, tomato sauce, red potatoes and hollandaise. Manuel and Richard both had an orange juice.

I want to tell stories and if my stories can help them in any way I feel satisfied.

Mexico – performing in Mexico City for 80,000 people which was filmed for a documentary on me that just came out on Youtube.

Has your song writing changed living in Canada vs living in Mexico?

Yes it always changes, I feel as am getting older and since I have been living here, I have matured and so has my song writing.

3)    Possibility to go to China on tour