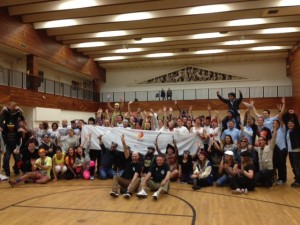 On Sunday October 20th I was one of the judges for the inaugural  Skills and Spills, the BC Hospitality Foundation‘s first-ever industry games, at the Hellenic Cultural Centre (4500 Arbutus Street) in Vancouver.

Skills and Spills is the industry’s chance to take a day off work, dress up in outlandish costumes, team build and compete against other fun-loving properties from across the city during what was described as the ultimate ‘Sunday Funday’. Some of the best and brightest within the hospitality community came together to raise funds and awareness for a charity that supports industry workers at their time of greatest need.

Some of the amazing teams that took part in the event included the Glowbal Group, Earl’s Restaurants, Tap & Barrel, Chewie’s Oyster Bar, the Pan Pacific Hotel,  Yaletown Distillery, the Fairmont Pacific Rim, theVancouver Convention Centre, Mill Marine Bistro, and The Sandbar on Granville Island. A special thanks to the top fundraiser, the Fairmont Pacific Rim, who have so far raised over $3750.

The Granville Entertainment Group provided an on-site beer garden, while the food truck community showed their support by sending Feastro, the Aussie Pie Guy and Tacofino to satisfy the hungry masses. The Roxy also hosted the after party, directly following the event. 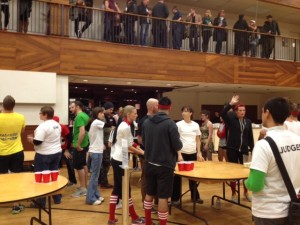 Visually spectacular events included: ‘The Coat Check Challenge’, ‘The Crack Off’, featuring hundreds of eggs, and the marquee event: ‘The Hospitality Grind’ – the most gruelling (and exciting) obstacle course that ended with each team racing to the finish line tied together in an oversized custom apron donated by Blackwood Apparel. 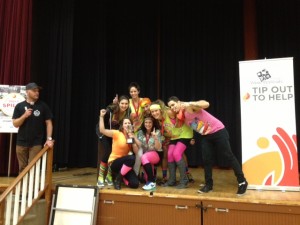 Winner of the games was Yaletown Distillery

The overall winner of the games was Yaletown Distillery, who also took home medals for best time in the Hospitality Grind. Chewie’s Oyster Bar was named ‘Best Team Spirit’ while the ‘Best Costume Award’ went to the Pan Pacific Pirates.

Skills and Spills is an annual fundraiser that supports the BCHF’s Tip Out To Help campaign. Introduced in October 2011, the Tip Out To Help program is an ongoing fundraising initiative with a goal in 2013 to raise $150,000.

Skills and Spills event chair Charles Zuckermann suggested, “I’ve always wanted to have a hospitality olympics here in Vancouver. Our industry is critical to the economic development of our province and the BCHF can potentially support every one of its workers. We’re thrilled that so many teams came together for such a fantastic event. And when people see the footage that we’ve collected, we’re sure to get two to three times more teams next year.”

For more information and to donate, please visit skillsspills.ca.