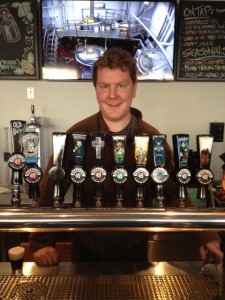 I met up with Graham With the brewmaster at Parallel 49 Brewing in East Van for a tour of the brewery and for a chat. Graham is always full of stories about the beer that he has brewed as well as talking about the brewing industry. 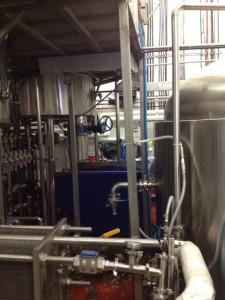 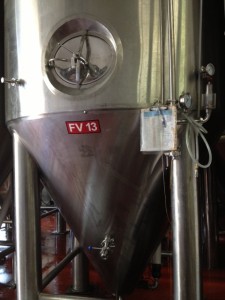 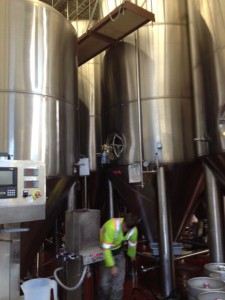 Graham showed me the barrels of hops and yeast and explained the beer making process, they bottle year around and have made 30+ beers including different seasonal brews. 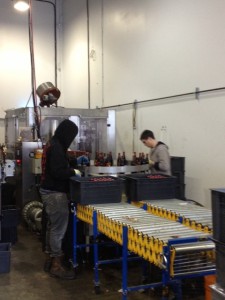 I had a chance to get a close up view of the bottling line that goes exceedingly fast, not as fast as their new bottling line-up which is set to begin next month which will be lightening fast. 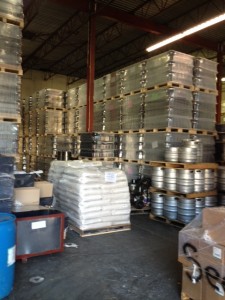 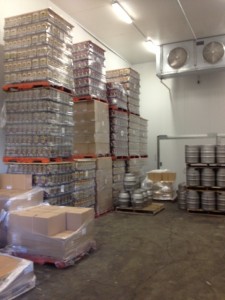 Next was the tour around their enormous warehouse which stores and refrigerates the beer before shipping it off to the pubs and restaurants around the city.

As a group of craft beer lovers, founders Mike, Nick, and Anthony all set out to turn their passion into a reality. Friends for over 20 years, they “wanted to raise the bar for craft beer establishments in the city, specifically in their own hood.”  They took the plunge and opened up a craft beer specific restaurant in Vancouver, which quickly grew to a popular destination for craft beer lovers in East Van.

The three self-proclaimed “beer geeks” eventually decided to go after their big dream and start their own brewery. They partnered with Michael Tod, a friend with a wealth of experience in the BC craft brewing industry and targeted a brewer to help turn their brewery dream into a reality. Graham With has been assigned as head brewer. Not only an accomplished brewer, Graham has his degree in Chemical Process engineering from the University of British Columbia, and also founded VanBrewers, a network of home brewers with over 200 members.

With their passion for craft beer, these 5 all plan to test the limits with Parallel 49 Brewing Company, brewing up quality craft beers that will bring out the beer fan in all of us. Parallel 49 is proud to be a part of the rapidly growing legacy of craft microbreweries in Vancouver. 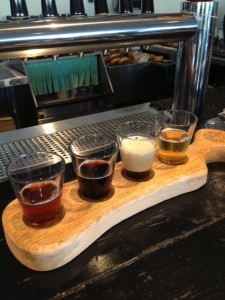 Lastly we visited the Tasting Room which is open to the public daily to enjoy a tasting glass or pint of any one or more of the brews from the extensive line-up at Parallel 49. We sat down and tasted a selection of brew.

You can visit Parallel 49 Brewing’s Tasting Room at 1950 Triumph Street in Vancouver. You can also find them online http://parallel49brewing.com/ and on Twitter @Parallel49Beer