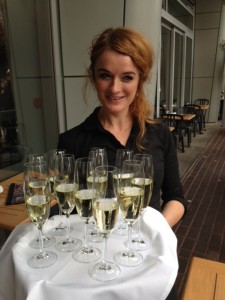 Last week I took part in an exciting tour with some other invited media guests around the city that wined and dined us at four of Vancouver’s top wine bars. Travelling by a bus limo we made our way around the different venues to taste a couple of Languedoc wines along with some food selections at each of the spots.

From now until November 14th, four of Vancouver’s best wine bars will feature a wide assortment of Languedoc wines by-the-glass: Brix, Siena, The Wine Bar, and Seasons In The Park.

Visit any one of the 4 wine bars during the promo and you’ll find a ballot to win your own wine bar crawl for two. Or Tweet @LanguedocWines or Facebook about it (#LanguedocVan) for other ways to win gift certificates & more.

Thanks to its coastal location, Languedoc is one of France’s most ancient viticultural regions, producing a diverse selection of high quality wines of many styles – red and white, dry and sweet, still and sparkling. 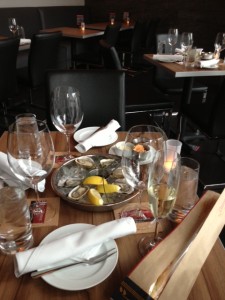 French bread and a selection of Oysters 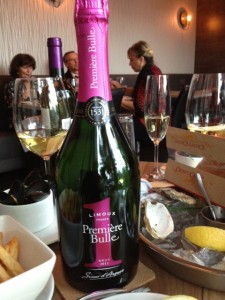 During the wine bar crawl our 1st stop of the night was to The Wine Bar (1177 Marinaside Crescent, 604-681-4144) @TWB_TheWineBar (twitter) in Yaletown where we treated to French bread and a selection of Oysters. The wines here are: Sieur d’Arques, Première Brulle, Limoux AOC (2011) and mussels with the Château Pech-Celeyran, Cinquième Gérération, and Languedoc AOC La Clape (White, 2011). 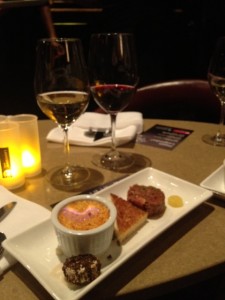 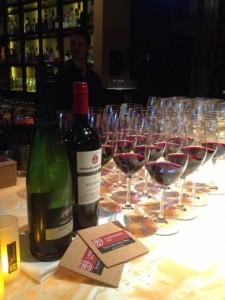 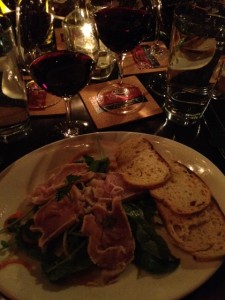 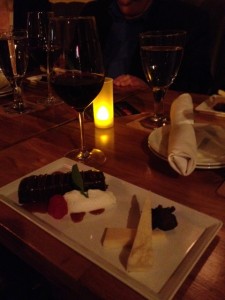 Chocolate Hazelnut Torte and a selection of cheeses 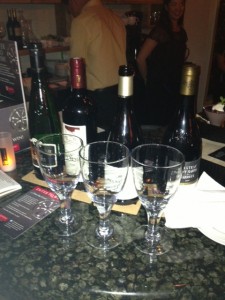 The last stop of the night was to Siena (1485 W 12th Ave., 604-558-1485) @SienaVancouver (twitter) for their delicious Chocolate Hazelnut Torte and a selection of cheeses. The wines here are the: Antech Cuvée Expression Crémant de Limoux AOC sparkling and the Domaine de Babio Minervois AOC Red 2009.

This wine bar crawl was a lot of fun and I learned quite a lot about Languedoc wines which you can read about here as well.