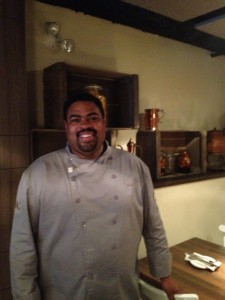 Grew up in Montreal, in the early 90’s did a Political Science degree with a minor in history to go into law down the road. Did a restaurant diploma at Lasalle College, part of the program was a culinary part and I liked it. I staged at The Continental Hotel, then got hired as a 3rd cook at Le Martin in 1995, it was a high end seafood place, I was then promoted to Chef de Partie before the restaurant closed. From 1996-99 I worked at Le Vieux Pecheur starting out as the Sous Chef then promoted to the Executive Chef. At the time my wife’s parents were living in Vancouver and we ended up moving here to be close to them. In 1999, I was hired at the Radisson in Richmond and worked as Chef de Partie for 2 years. Then I went to the Sheraton Wall Centre as the Chef de Partie. In 2002, I got a job at Milestones in Richmond as the Executive Chef, then in 2003 moved to Milestones Robson as Executive Chef. In 2005 I was promoted to Regional Executive Chef for Western Canada at Milestones and for 3 years I oversaw 20 restaurants. In 2009, I was promoted to Area Director for Milestones and oversaw all restaurant operations until early 2013. In May 2013 I opened Tuc Restaurant with 2 friends and I am the Executive Chef. 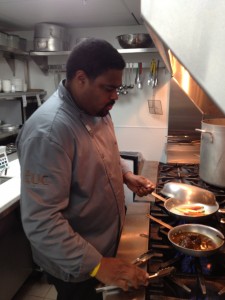 How did you end up opening Tuc Restaurant?

I had worked together with Colin and James over the years at Milestones. Thought was to deliver genuine food and put care back into everything we do foodwise.

How did you develop your opening menu?

We started developing the menu in late 2012, hoping to open in January 2013. That didn’t’ happen, due to delays in obtaining permits from the city, by the time we opened it was spring and I had the menus printed already and had to roll with it. 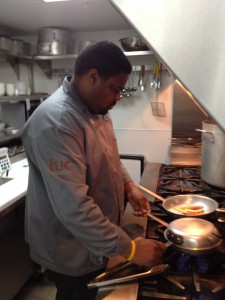 I loved history and politics and I was a bit of an athlete, I thought Law would be the next step.

Where did your food passion come from?

My mom loved cooking  and had a huge influence on me. She used to take her time with the food, she put care and effort into making delicious food. 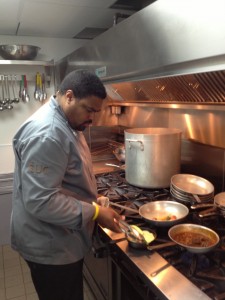 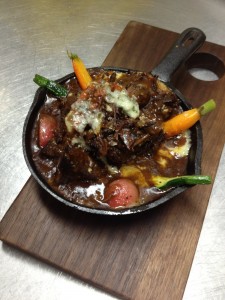 I wanted to do a hangar steak married in this classic bourginon having grown up in French Canada. 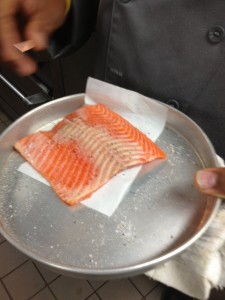 Having worked in corporate kitchens over the years, How was it opening your independent Restaurant? 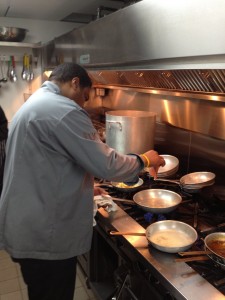 What is your Favourite food to eat?

I can’t say that there is just one, I have several:

What are your Favourite Restaurants outside of your own? 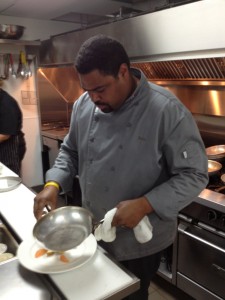 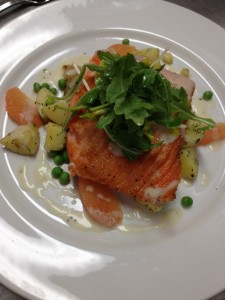 How to bring out the flavours of the trout, with a summer influence with the grapefruit and arugula. 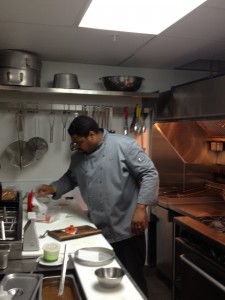 What are your Favourite Ingredients in your home kitchen? 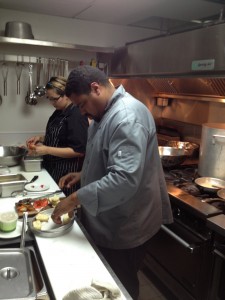 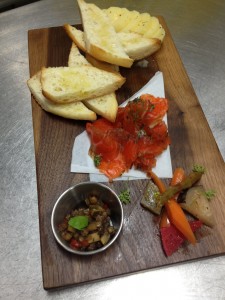 Play on a bagel and lox, love a good gravlax and not something you see everywhere else in Vancouver.

How important is the stocks for you in your cooking?

It is critical, that is where you control the flavour for the stock and it is the foundation for 2/3 of our menu. We put a lot of time and effort into our stocks.

Are you pickling your own Vegetables?

Yes – we make our own marinade rice vinegar, sherry wine vinegar, these two balance so well and this is the base for our pickled vegetables. We make them in small batches almost daily.