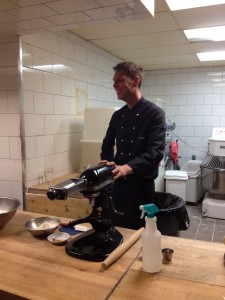 On April 15th, I attended a cooking class at Rocky Mountain Flatbread Co  with Chef Wout Schipper on how to make organic ravioli and fettucini. Our class was made up of 10, we were all invited into the kitchen for this demo with Chef Wout, we were then offered a choice of fresh house made Lemonade or Pale Ale. 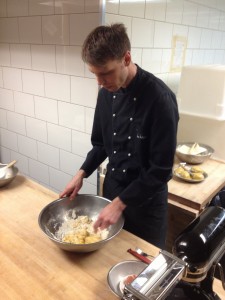 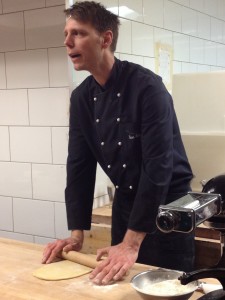 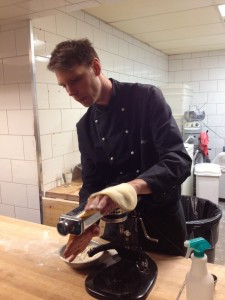 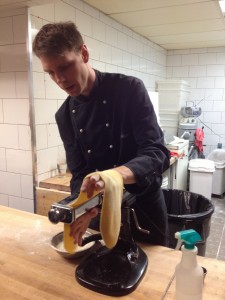 Wout guided us as he made the dough for the ravioli from scratch. 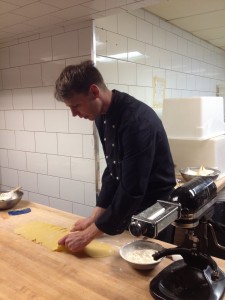 Sizing up the dough 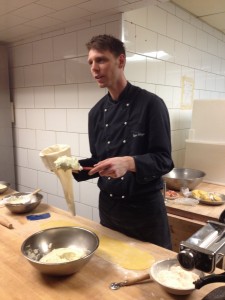 Ready to pipe the filling on to the dough 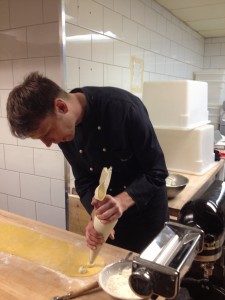 Sizing up the dough and preparing to add the ricotta cheese filling for the ravioli and then piping it in. 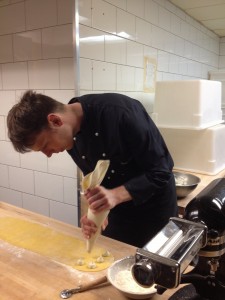 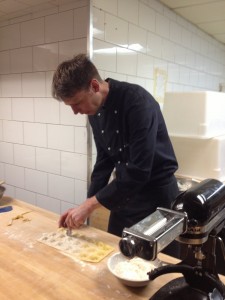 Piping then cutting up the ravioli. 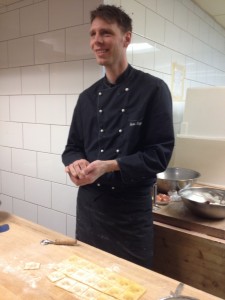 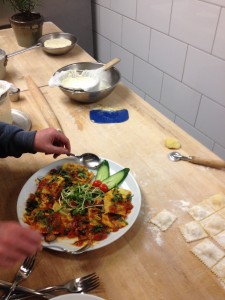 We were all then served the dish of Ricotta filled Ravioli with tomatoes. 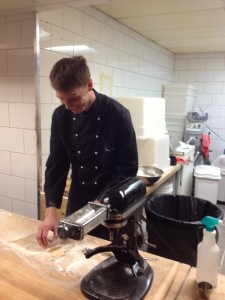 Wout then showed us how he makes Fettucini using the same dough.

Here is the recipe which you can make easily at home.

Look for more classes as they are offered at Rocky Mountain Flatbread Co, follow them on twitter @flatbreadco for more.