In Celebration of the upcoming DOXA Documentary Film Festival, Enter to WIN one pair of tickets & Memberships to ‘Slow Food Story’ on May 5th at The Cinemateque along with a $60 Gift Certificate for dinner at Rocky Mountain Flatbread Co. 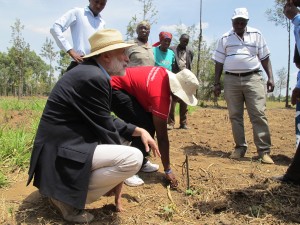 Slow Food Story is being presented by the DOXA Documentary Film Festival on Sunday May 5th at 3:45pm at The Cinematheque

In 1986, Carlo Petrini founded the ArciGola Gastronomic Association in Italy and three years later in Paris, launched Slow Food, an international anti-fast-food resistance movement. An ebullient presence, Carlìn, as he is affectionately known around the globe, has become an ambassador for thinking about food differently. From the tiny town of Bra, home to some 27,000 inhabitants, the Slow Food movement has grown to become a revolution, that now has roots in more than 150 countries. Cheese-makers, vintners, and artisanal food folk, toast Slow Food for bringing about a change in consciousness that shook the very foundation of gastronomy. Director Stefano Sardo brings a decidedly down home approach, as he follows Carlo and his close-knit group of friends, from their earliest days as political radicals, to later struggles with unexpected tragedy. A joyous romp of a film, filled with all manner of delectable scenes of food, drink and song, Slow Food amply demonstrates that adventure is best served in heaping helpings. 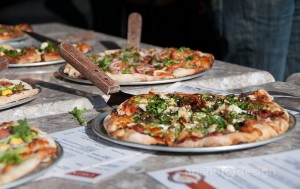 At Rocky Mountain Flatbread we serve delicious housemade dishes: handcrafted flatbread pizzas, daily pastas, seasonal salads and soups, desserts “to live for” and a wide selection of BC wines and local beers.We are proud of many things at Rocky Mountain Flatbread, including: using lots of local and organic ingredients, open kitchens with artisan ovens, environmentally-friendly kids play area, local hero pictures on our walls and the fact that the “carbon footprint” of every meal = 0.

1) Write a comment below, tell us your favourite food film you have ever seen.

Contest will run until 11pm on 4/22/13 You must enter your full name and twitter address if you have one and register with your email address when entering the contest.