For my thirty sixth brunch in this series, I was joined by Jazz Musician Cory Weeds, at Luke’s Corner Bar & Kitchen in Vancouver talking about Jazz, Clubs, Touring and more. 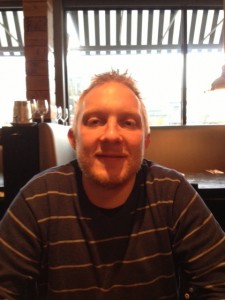 Cory Weeds is a Saxophonist and has been a professional musician for over 15 years.  As a member of popular Vancouver band People Playing Music he toured Canada, the United States and Europe and recorded was a key part in the success of the band’s Sette CD released in 1997. In 1998 he formed his instrumental band CRASH that he co-led with tenor saxophonist Jerry Cook. The band released its first CD entitled Crash in 1998 and toured Canada the same year playing at the prestigious Montreal Jazz Festival. The band went back into the studio in 1999 to record their sophomore release Candyshop.

Weeds is a member of The Night Crawlers which released their debut CD, Presenting on Cellar Live in 2007, and was nominated for Album Of The Year at the National Jazz Awards in 2008. The Night Crawlers released their second CD/Record in early 2011 titled Down In The Bottom featuring a big band. The album won a Western Canadian Music Award for Best Album Of The Year. The B3 Kings is a seasonal quartet featuring Denzal Sinclaire on voice / drums, Chris Gestrin on b3 organ and Bill Coon on guitar. The band recorded a CD that was released in 2005 that has been a hit worldwide and their first full length Christmas CD You Better Watch Out! was released in December of 2011. Weeds is a charter member of Melody Diachun’s EQ that released their debut CD in 2008 and Jennifer Scott’s Brasiliera.

Yes, music was always in my house, especially jazz. I had an older cousin who I admired played saxophone, I was getting into jazz, by the time I was in Grade 10/11 I was more in tune with it, changed schools to an arts/music focus.

Yes, my dad played guitar and it was all a big part of my family.

Rock & Roll, heavy metal (I rebelled against my father, but that didn`t last too long) when I was young, then around 16, I listened to jazz onward.

What and where are 3 of your favourite jazz clubs outside of your own?

How did you end up opening your own jazz club?

In 1996, I toured with a band called “People Playing Music” we played in a lot of cool venues. I liked being in venues, set-up and thought it would be a cool to do this. Years later in 2000 I bought the Cellar (it actually started in the 50’s, but my cellar was incorporated in 1997). I had no idea what I was getting myself in to, Originally I had a partner, now I run it solo as Cory Weed`s Cellar Jazz Club.

2)    George Coleman and Eric Alexander with a local trip at my jazz club.

3)    Maceo Parker at Richards on Richards

What challenges jazz musicians in Vancouver?

Lack of places to play as well as the lack of other types of reinforcement like radio. There is only a handful of jazz programs locally.

Why hasn’t your jazz club or other music halls in Vancouver featured smooth jazz artists in the way that they have been south of the border? 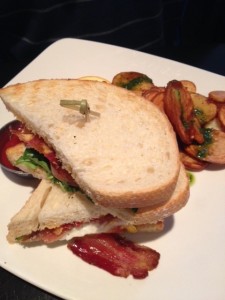 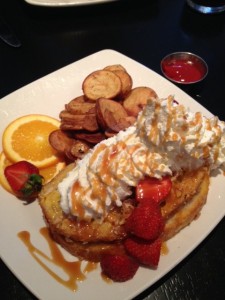 Who are some of your favourite local musicians that you have collaborated with or played with in the past?

What do you want your audience to learn from listening to your music?

I want people to lean that jazz isn’t scary, you don’t have to be an expert to understand it. Jazz can be fun, people can enjoy it without feeling like they are scholars.

How do you go about booking the types of musicians they you feature at the Jazz Cellar?

Booking the club is fairly easy to do. I have lots of connection s, we book about 4 months ahead. Sometimes I do it by who I want to hear at the club or who plays the music such as Miles Davis.

Time with family and my kids

Where was your most recent musical trip playing ?

1)    The B3 Kings – which is one of my bands that play Christmas tunes and we went to Powell River, Comox Valley and Kamloops.

2)    Previously to New York, and Pittsburgh with my own jazz group

How long does it take to put a tour together?

About 12 months process to get all the bookings, writing and rehearsing of the music.

Read a book “Nikka’s Dream” – she was a patron of the arts, talks about the heydays of jazz.