For my thirty fourth brunch in this series, I was joined by Cory Ashworth, Radio Host at PEAK Mornings 102.7FM & Waking Crew 93.7FM at  West Restaurant in Vancouver talking about Radio, Music, Books and more! 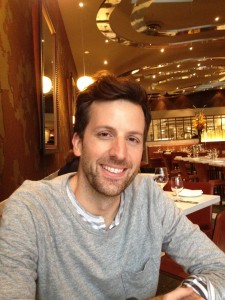 Cory worked for his family’s printing company after high school. He then went to China to study tourism on a government exchange. He ended up getting a job working for CRI – China Radio International and did a rock music show. He was then hired by MTV as a VJ, he was then an editor of a magazine. After 7 years in China he returned to Vancouver. He then became a host on Peak Radio, currently  Cory is a co-host on Peak Mornings on 102.7 FM The Peak, weekdays from 6-10am as well as on the Waking Crew 93.7fm. Cory also Co-Hosts Rain City Chronicles and is one of the Co-founders of A Good Book Drive.

What got you into Radio, specifically hosting a morning radio show?

I lived in China for 7 years, it was the 50th Anniversary of, Tiananmen Square and I wanted to get it in, you needed a media pass to get in,  so I interned at a radio station but in the end I didn’t get the Media Pass but I got a job.

How do you do hosting on 2 radio shows simultaneously on 2 different radio stations?

I run, thankfully the studios are side by side to each other. I do it between commercials and songs. I have it worked out and I love it, two very different audiences.

What is the craziest thing you have ever done?

Swam at the summer palace in China with old Chinese people.

Tell me about A Good Book Drive

A Good Book Drive is an annual book drive to bring stories to a new generation of readers, and support kids in need of new books. Running through the month of November, A Good Book Drive will be inspiring Vancouverites to purchase a new copy of their favorite kids’ book and deliver it to set locations throughout the city to be donated to this year’s book drive recipient, Vancouver literacy program The Writers Exchange.

A Good Book Drive has teamed up with a great group of independent Vancouver retailers that will each house a Good Book Box. Here you can drop off your favorite kids book and personalize your donation with a special bookplate, sharing the story of why that book is special to you.

You went skydiving jumping out of a plane a few months ago, tell me what motivated you to do that? And how your felt afterwards?

Motivation – was to face the biggest fear on the radio. Laurie’s fear was heights, for her birthday on air I surprised her with this birthday present of us both jumping out of a plane. She was thrown out of the plane. Afterwards I felt like I don’t want to die this way.

How did you change your sleeping patterns going from hosting a night time show to the morning show?

I make sure I am in bed by 9 pm every night to be able to be up bright and early the next day.

I liked everything – I used to take the bus to A & B Sound on Seymour and buy music.

What are 2 of your favourite music festivals that you have attended in the past year? 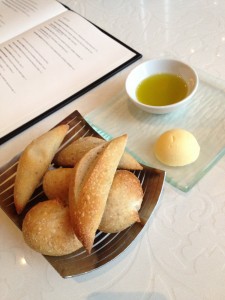 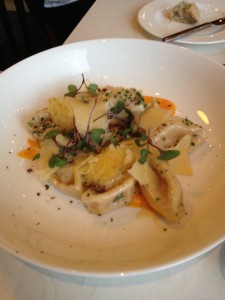 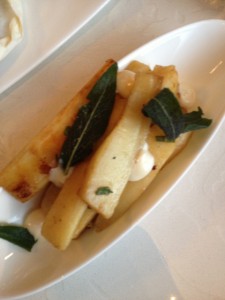 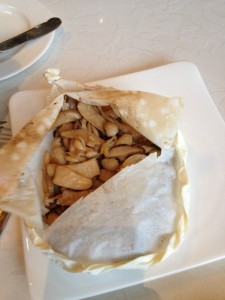 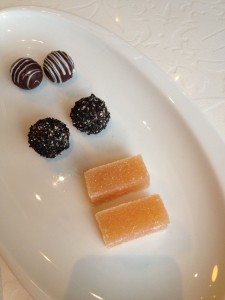 We were served a selection of house-baked buns to start. Cory had the Butternut Squash Agnolotti with black truffle, spaghetti squash. Richard had the Pear Tart with caramelized onions, aged parmesan, balsamic vinaigrette. Cory and Richard shared the Caramelized Parsnips with sherry emulsion and sage as well as the Foraged Mushrooms, ‘En Papillote’ with thyme and confit garlic. To end our meal we were served a selection of truffles.

What do you want your listeners to learn from listening to you on your radio show?

Optimism and anything can happen, I want people to be happy.

No not at all

What advice would you offer to a musician looking to make it big?

Treat your work as a business, be creative but be professional.

I want to do more in Television, Writing and expanding what I do now.

Lunch up with Food Truck Eats at Diva