For my thirty third brunch in this series, I was joined by Zak Santiago, Actor and DJ at The Sandbar Restaurant in Vancouver talking about Acting, Music and more! 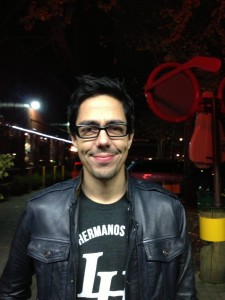 Among his credits are as series lead in the N Network comedy Interns, series regular in the PAX/NBC series Young Blades, series regular on the popular Canadian series Robson Arms and many recurring and Guest Starring roles in episodic television. He was also in the Tom Cavanagh in the mini-series “Catching the Devil”.

He won a Leo Award for best supporting actor in the lauded Human Cargo, and was appraised for his supporting lead work as one of the terrorists in A&E’s ratings blockbuster Flight 93. In 2006 Zak was nominated for another acting Leo for his work on Young Blades.

Among Zak Santiago’s credits are the feature films Shooter with Mark Wahlberg, The Eye with Jessica Alba, Underclassmen with Nick Cannon, Josie and the Pussy Cats with Tara Reid, Trixie produced by Robert Altman and a supporting role in Turbulence 3: Heavy Metal with Rutger Hauer. Zak also hosted a series called Break Out for MTV.

What came first being an Actor or DJ?

Both started at the same time, kind of a long story but on a walk through Gastown, I walked into a Gastown actors studio, took an acting class. At the same time in 1994, I put on the 1st Hip Hop night and then it rolled from there.

I understand you are a classically trained musician, what was your instrument of choice?

Piano, I studied at the Royal Conservatory growing up. Then years later I bought a set of drums and played in a band.

No, not while I was growing up. I remember wanting to make my dad proud. I love creating dance and music.

I saw your latest film, “Random Acts of Romance” at VIFF where you played Matt, what was it like for you performing that role?

Working with Catrin Bowen was a great experience. She is a real visionary and a voice of Canadian cinema. It was my 1st stint as one of the producers of that one and well it was exciting.

Flipout is a DJ/Actor/Hip Hop artist/Music Producer and I co-founded “Los Hermanos Libres” and we still DJ under this group and we both DJ separately as well.

It means “ The Free Brothers” and we are both Libras and our birthdays are a day a part from each other. 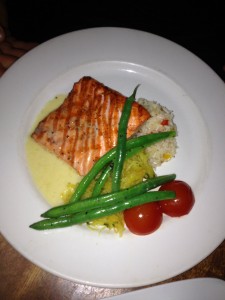 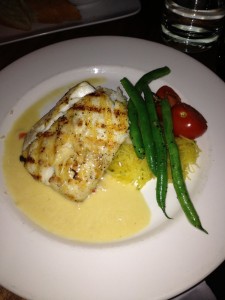 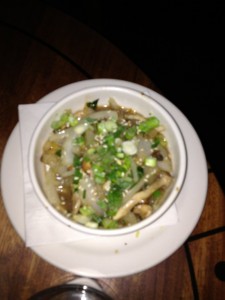 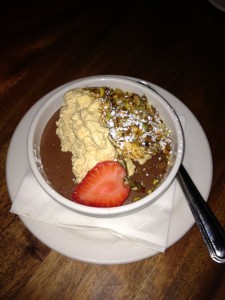 Zak had the Spring Salmon, rice & seasonal vegetables, Richard had the Halibut in Citrus sauce. Zak and Richard shared the Mushrooms and Onions. Richard had the Belgian Chocolate Pudding for dessert while Zak had a Cappuccino.

Who are some of your favourite musicians/artists that you have played in your sets?

How does an aspiring nightclub DJ make it big nationally and globally?

Tell me about your boxing

I spar in the ring. I used to compete and maybe one day I will compete again.

How do you know what is hot to play in the music scene?

This is what defines the generation, in my day, I would listen to records in the record store. Nowadays you go to google and search the record charts and download what is new.

What are 3 of your favourite tv shows  or films?

Who are your favourite actors?

I want to help people, so whatever that is. Keep developing Canadian identity. Keep making Canadian film, music, restaurants etc, to keep our Identity & culture.