For my thirty first brunch in this series, I was joined by Brendan Meyer, Actor and Star of Mr. Young on YTV, Disney at Catch 122 in Vancouver talking about Acting, Shakespeare, Television and more! 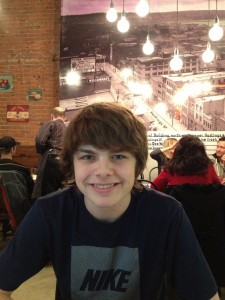 Eighteen year old Brendan Meyer is already an accomplished actor.  His past theatre credits include Macbeth, Much Ado About Nothing, Titus Andronicus, Comedy of Errors and Richard III (Freewill Players); and Beneath The Ice (Fringe Theatre Adventures). He also has numerous directing (Fourteen, The Tempest) and acting (The Haunting of Hathaway House, The Tempest, Twelfth Night and An Unnatural Turn) projects with Celsius Youth Theatre, where he is co-artistic director.

Brendan’s many Film and TV credits include a lead role in each season of The Hub’s The Haunting Hour, This Means War, Spooky Buddies, Christmas in Canaan, Dinosapien and Tooth Fairy. Currently, he is in Vancouver filming the lead role in the third season of the YTV / Disney XD/Cartoon Network hit series, Mr. Young. He will also be appearing as Henry in the Disney Channel Original Movie Girl VS Monster.

Brendan is a self-professed Shakespeare nerd, who writes his own Shakespeare adaptations and screenplays in his free time.  He has travelled the world with his family, seen many great plays and musicals, and maintains an extensive library of plays, and books on the industry.

Always been interested in acting, at 5 years old I took an acting class as a hobby back in Edmonton. I started with an agent in Edmonton when I was 10 years old. I sent tapes to Vancouver casting directors (not LA), in 2006 I got an agent in Vancouver and was a guest star on a local tv show. In 2008 I did a pilot for CBC Ron James things weren’t going so well in tv. I did 3 years of Shakespeare with the Freewill Shakespeare Festival in Edmonton. I was home schooled all my life which was great and it gave me the time to pursue my acting career.

Mr. Young because I have done it for so long now, it has been challenging and I have enjoyed getting to know comedy.

It was challenging and a bigger part of the play than usual.

Yes and way more than I ever should. Live auditions still make me uncomfortable. Whenever I do a new project I get really, really nervous. 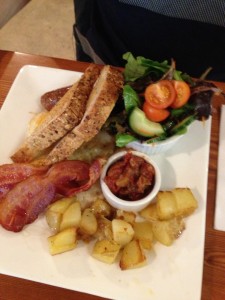 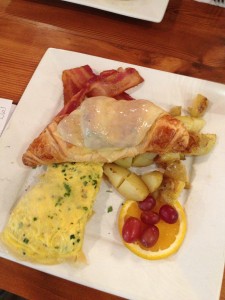 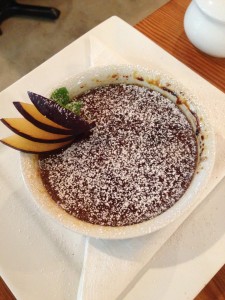 I try not to ever regret anything.

How does a Child Actor make it in the film industry?

You have to get an agent, and it is luck, you have to take classes, watch movies and understand the business.

How did you get casted as Mr Young in the Mr Young tv series?

The pilot that I did for Nickelodeon in LA didn’t go. Then Stuart Aitken called me in to audition for Mr. Young (he was the casting director of the Haunting Hour). Then I did the screen test and I was in the final 4, then I go the part. Now it is showing all over the world and on Disney in the USA.

Tell me about your current production “Girl vs Monster”

It is a Disney film that took 1-1/2 months to film, the adventure begins on Halloween with Skylar, a fearless teenager with a powerful singing voice, prepares for the ultimate Halloween bash with her best friends, Henry and Sadie. The plan for Skylar to sing at the party — with rock band cutie Ryan Dean — is crushed when her parents make her stay home. Then, when she sneaks out of the house, she unknowingly unleashes a monster – Deimata – who is determined to change the fate of Skylar and her family forever. As Skylar’s world is turned upside down, she learns that her parents have been keeping a big secret – that she comes from a long line of monster hunters. Now, it’s up to Skylar and her friends to channel their inner strength and conquer more than just this monster.

Good people, great people are kind of hard to find. Hard to find people who care about other people.

Has Social Media played a significant role with you to your fans?

It’s an important thing, it helps to build my name and interaction with my fans.

I want to get into film and tv directing.

I would say to have fun, there is no reason why you can’t enjoy and be fulfilled in what you do. Do things that make you happy, I think that is important.