For my twenty sixth brunch in this series, I was joined by Singer/Songwriter Jill Barber at Fable Kitchen in Vancouver talking about Music, Food and more! 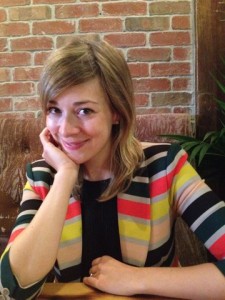 Born and raised in Port Credit, Ontario, Jill attended Queen’s University before pursuing her musical career on a full-time basis. She won the Female Artist Recording of the Year award for her debut album Oh Heart at the 2005 Music Nova Scotia Awards. In 2007 Barber earned her fourth win as Best Local Solo Artist (Female) in The Coast’s annual “Best of Music Reader’s Poll”, and her first win as Best Canadian Solo Artist (Female). In 2008, Jill released Chances, an album with full orchestral arrangements which was partially co-written with her producer Les Cooper, while also collaborating on several songs with Canadian music legend Ron Sexsmith. This album led to a new level in touring reaching audiences across the globe while earning two Juno Award nominations including New Artist of the Year. In 2010 she released her Mischievous Moon album. She now resides in Vancouver.

I sing songs that I write, singing original songs. Writing songs in the style, I like to mix genres. Identify first and foremost as a songwriter but lately I have had more Jazz leanings.

My brother is a professional musician as well.

My brother Matthew would be my number one influence. I followed in his footsteps a lot, and he encouraged me in the early days.

As a kid, top 40 stuff; in my teen years it was grunge and Pearl Jam; in university it was my Bohemian phase listening to Neil Young, Ella Fitzgerald, and Nat King Cole.

Who are your top 3 favourite jazz/folk artists?

2)    The SkyDiggers at the Railway Club in Vancouver

3)    The Polyphonic Spree at South by Southwest in Austin, Texas

What are your favourite restaurants across Canada? 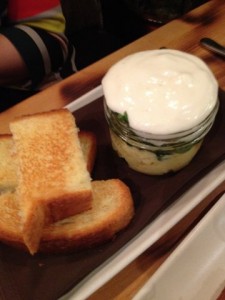 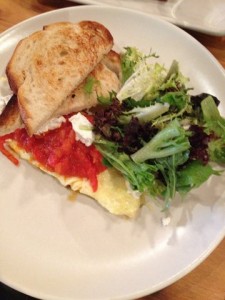 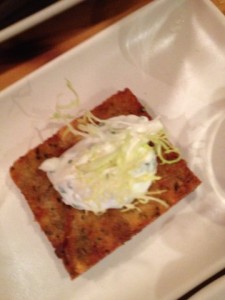 Jill had the Scrambled Eggs and a coffee; Richard had an Omelette with ratatouille, goat cheese and toast along with a side of Rosti.

My music can play out as a sound recant to peoples lives. I want people to see their love stories in my music and will transport people to some place. Soundtrack to something else happening.

What can your fans expect to hear when you perform at the Vancouver Jazz Festival on June 30th?

Me and my amazing band (6 piece) who are coming from Toronto. I will be playing a selection of songs from all my records. Classic French songs from the 50’s & 60’s on my yet to be released album.