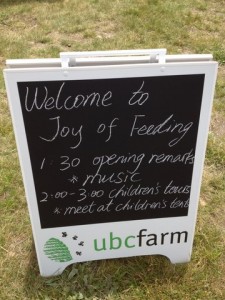 Last Sunday I spent the afternoon at a joyous event, the Joy of Feeding! The setting was UBC Farm in the sunshine with 16 multi-cultural home cooks set-up under the tents and serving up their recipe of choice to the hundreds of people in attendance. 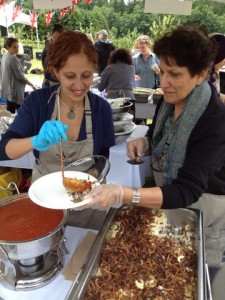 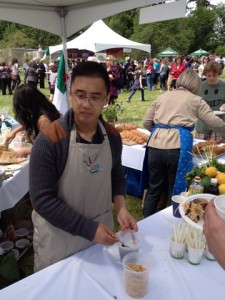 David Long and his dish from Vietnam 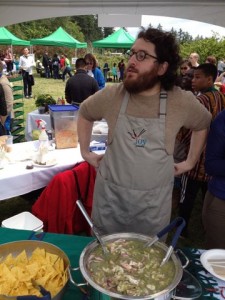 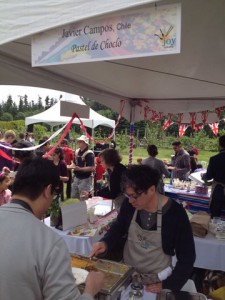 I loved the Pastel de Choclo from Javier Campos – a dish from Chile made with corn, chicken and beef. I also loved the flavors in the Vietanmese Green Papaya Salad with Peanuts that was made by David Long. Then there was the delicious Koshary an Egyptian dish made by Azza Sedky, along with Mexican dish Agua Chile (Spot Prawn Ceviche) made by Christian Sida-Valenzuela. The Baked Kibbeh a dish from Syria made by Suzan Anbari was very unique and delicious as well. 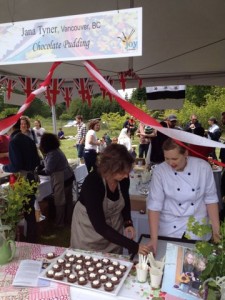 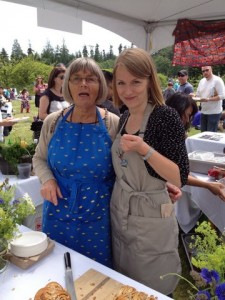 The Canadian Chocolate Pudding from Jana Tyner was heavenly, as well I loved the Tsimshian Nation sweet Fry Bread from Lori Bryant and the Swedish Vetebrod (Sweet Cardamom Bread) from Elin Blomkvist. 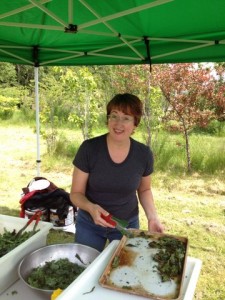 Annette Rawlinson and the Kale Chips

Annette Rawlinson and Tina Fineza were making and baking delicious Kale Chips with the kids. 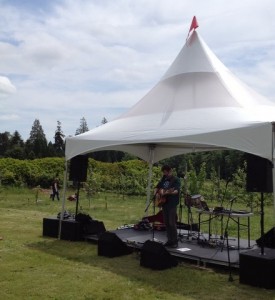 Asides from the delicious food, there was music and we were all treated to a special guest performance by musician Dan Mangan who did a guitar solo that had everyone singing along. The rest of the afternoon saw other great musicians rock the farm and in the end the cooks were dancing along with everyone! 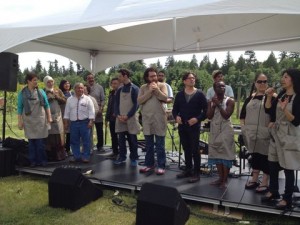 Stage filled with all 16 Cooks

It was a foodie folkfest and it was delightful, organizers behind this ever successful event were Meeru Dhalwala, and Mary Mackay along with an amazing team.