For my nineteenth brunch in this series, I was joined by TV Host & Vocalist Dawn Chubai at Bistro Pastis in Vancouver talking about Television, Singing, Jazz and more! 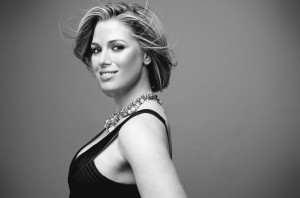 Dawn Chubai was born and raised in Edmonton, Alberta. after competing in several local talent competitions, she began singing with the Edmonton Musical Theatre Group as a teenager. Following her muse, Dawn then started singing jazz, her singing jump-started her work in television. In 1999, she spent five years with A-Channel in Edmonton as a weather broadcaster and then relocated to Vancouver in 2004. Dawn is currently the Live Eye Host for CITY TV’s Breakfast Television. Dawn has also hosted CityTV’s CityLine and hosted several seasons of the popular Realty Television. In addition to tv, she also performs with her own jazz group as well as with Dal Richards.

Dawn also uses her celebrity status to help local charities in Vancouver. In cooperation with City TV, Dawn emcees as many as 40 events per year, helping to raise money for many worthwhile causes such as Big Sisters of the Lower Mainland, the Children’s Wish Foundation and SOS Childrens Charities.

What got you working in TV?

I was a singer in Edmonton and used to perform on “ The Big Breakfast” tv show. My profile as a singer gave me the opportunity to have an in, in television.

What are some of your craziest experiences you have had on Breakfast Television when you have been leading out & about segments?

1)    Repelling down a building 20 stories wearing a latex suit dressed as Cat Woman.

2)    Asked to hold a tarantula even though I have always been scared of spiders.

All of my life, but singing professionally since 1998. When I released my first independent cd in 1999 “New Chapters for an Old Book” – won award ARIA best jazz artist.

Big band with Dal Richards, and on my own jazz funk style, unique arrangements.

All of my dad’s siblings grew up on a farm and are all singers and play instruments.

When did you form the Dawn Chubai Jazz Group? And how often does your jazz group perform?

Where was your first musical trip?

Korea for their International Travel Expo in 1999 representing Alberta.

How did you become involved performing with bandleader Dal Richards?

For the BC Business Top 100 – I sang the anthem, Dal was sitting next to me at the event. He knew by how I sang O Canada that I could sing, and he then hired me to sing with his group as one of Dal’s gals.

Name some of the films and tv movies you have had acting roles in?

Feature films such as Twilight: Eclipse, Mission Impossible 4 (starring Tom Cruise), and Fantastic Four 2 (starring Jessica Alba) along with several made for TV movies (movies of the week). I have also appeared on several TV series such as V, the The L Word, Caprica, Stargate SG-1 (starring Richard Dean Anderson) and The Dead Zone (starring Anthony Michael Hall). 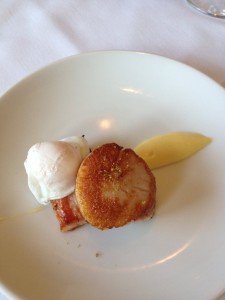 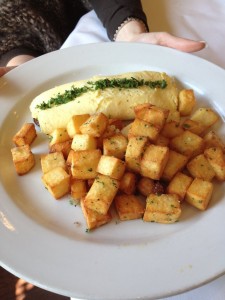 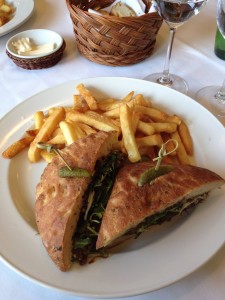 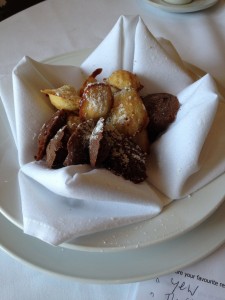 Dawn had a Mimosa ($8) to be start, followed by a Ham and Gruyere Cheese Omelet ($13.50) served with hash browns and then a coffee. Richard had a Perrier to start, followed by the Braised Short Rib Sandwich ($16) with fries and an espresso. We both shared the Madeleines.

Who are your top 3 favourite jazz artists?

How did you become involved as an emcee for charity events?

Stemmed from Television, I always want to support the community that supports me. 30-40 events per year.

Is there an event or two which you have been emcee of that has been memorable?

You embraced Social Media early on, how have you been able to utilize Social Media in your tv and musical over the years?

Yes – I have such access to a wide audience and the ability to encourage people to be exposed to me. It is the single best way to promote what you do, how others engage with you. One stop shop.

Dr. Dasha Goody –she was the Artistic Director and Founder of the Edmonton Musical Theatre

I love doing my job, but if I could do it somewhere like NY I would love that.