For my eighteenth brunch in this series, I was joined by Writer and Radio Broadcaster Bill Richardson at Trattoria Italian Kitchen in Vancouver talking about Writing, Radio Broadcasting and more! 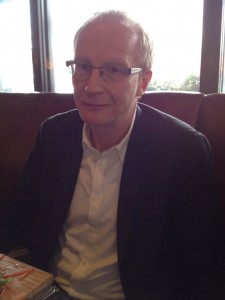 Bill Richardson was born in Winnipeg, Manitoba, he received his B.A. from the University of Winnipeg in 1976. After spending a year in Montpellier, he moved to Vancouver, where he completed a Master of Library Science at the University of British Columbia.

He has been a broadcaster on CBC Radio One, beginning in 1992 as a regular contributor and guest host on Vicki Gabereau’s show. When Gabereau left to host a television show on CTV, Richardson moved over to CBC Radio Two to host As You Like It, a classical music request show. In 1997 he returned to CBC Radio One to become host of Richardson’s Roundup.

He was also a frequent guest host of Sounds Like Canada, moderated CBC’s annual Canada Reads from 2003 to 2007, and is the current host of Saturday Afternoon at the Opera and Sunday Afternoon in Concert.

Started freelancing at CBC as a childrens librarian in 1984. Ended up getting a job and one thing lead to another and an opportunity opened up on a radio show.

Where did you get the inspiration for the story lines for the books you have written over the years?

Well for “Waiting for Gertrued” I was in Paris visiting this famous cemetery. For “Bachelors Brothers” I was inspired by 2 benches on the seawall. I get inspired by a sentence that I hear, a word in an overheard conversation. 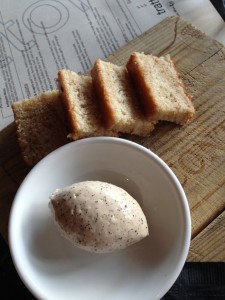 Joan Collins was one and there were many others.

What are your favourite restaurant in Vancouver? 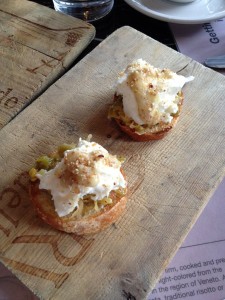 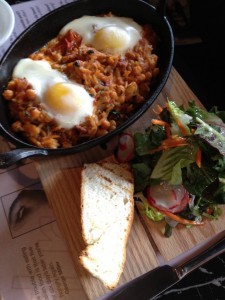 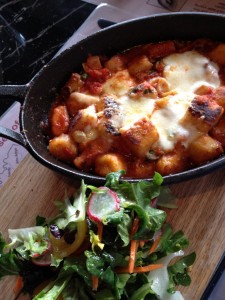 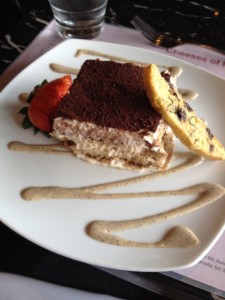 What do you want your listeners to learn if you will from your Afternoon at the Opera show?

For me it is about learning, Opera attracts a certain type of listener. Finding a way to present the operas to my listeners. I am the waiter not the chef. People really know the stuff, they hear something they never knew before. That the opera show is the longest running show on CBC radio. A lot of people learned about opera from the show over the years. The show has a growing number of listeners over twitter.

I understand you had the idea to write “Do You Want What I Have Got? – A Craigslist Cantata” ; which Veda Hille collaborated with you; How did you feel post production? And did the production go as you had imagined it would?

I felt great post production, the show sold out most of the run and it was held over for a week. I had an idea in 2009, then it became a 20 minute PushFest production, then we got some money to do it. The show was then mounted at FUSE at the Vancouver Art Gallery and then it was at the Arts Club Revue Stage earlier this year.

What lead you to writing the Silver Birch Award winning childrens book “After Hamelin”?

It was an assignment to have people who hadn’t written childrens books. For years I thought about that story and it was a way of scratching the surface to write this book and it was a happy experience.

What was it like to be a regular contributor and guest host on Vicki Gabereau’s show?

It was fun, I was new in radio and she was a wonderful colleague. She is a very genuine person.

Why did you leave your CBC Radio show “Richardson’s Roundup” to go on to launch the then new series Bunny Watson?

I was doing the Roundup since 1997, and I found that I was coming to the end of it. So I asked for a change and I wanted to do a show that explored certain random things “Desk Set” by Katherine Hepburn who plays a librarian. I just wanted to do something different.

I go week to week although I know what is coming up to prepare.

Urban trips – going to cities and sexy, what is going on in NY, Toronto etc

Dinner at The Grill – Vancouver Club