At age 17, Kayla was a breakfast cook at an old age home. In 2005 she worked at a lodge on Saturna Island working in a dining room and then in the kitchen for 6 months, she then worked at the Saturna Island Vineyard Bistro as Sous Chef. At the same time she was managing a deli in Whistler in the summer months.

Kayla then moved to Vancouver and worked at Deacons Corner in the morning while going to culinary school at VCC in the afternoon;  nights and weekends she worked in the kitchen at Wild Rice. Then she moved on to the Fairmont Waterfront Hotel where she became a cook in Herons and banquets and did that for a year. She was then consulting for 1-1/2 years on her own, created the menu at Sutra, then joined House Guest Supper Club as their Executive Chef. 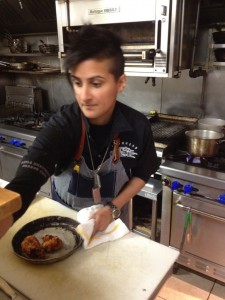 I understand you have been in culinary competitions, which have you done?

What dish did you create in the black box competition in Kelowna?

2)    Roasted tenderloin of beef with oxtail sausage and confit mirepoix 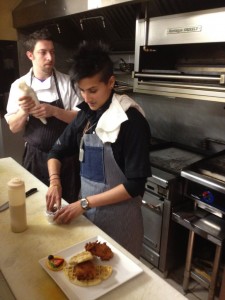 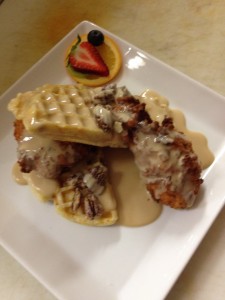 Yeast waffle with bacon and pecans

I used to go to John’s Place in Victoria, I liked the waffles with cream cheese syrup so here it is. 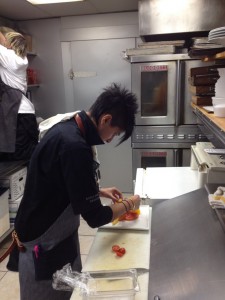 What is it about competitions that drives you?

Black box – the knowledge that you learned over the years. Execution of the ingredients presented. 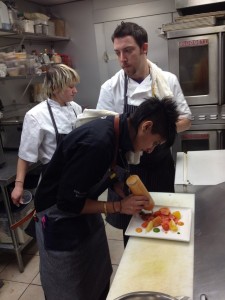 What is your most embarrassing moment?

In the top jr chef of BC competition, I was 2 minutes late on my main, and I was running to the other kitchen with my dessert in my hand and I knocked over a culinary student (of a competitors plate) to the ground and I felt so bad. 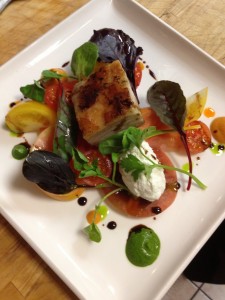 B.L.T. is the simplist thing you would have in a dinner this is my version. 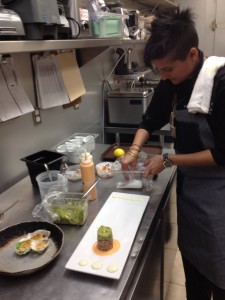 Nouvo comfort foods trying to revive it to what it was meant to be and making it all from scratch. 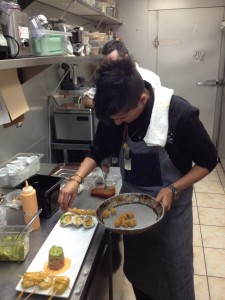 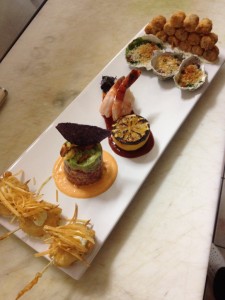 Patio, summer and a seafood platter of the 70’s and 80’s with company coming. 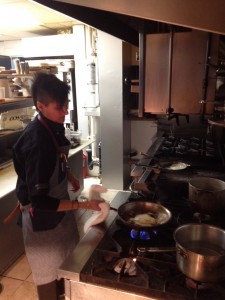 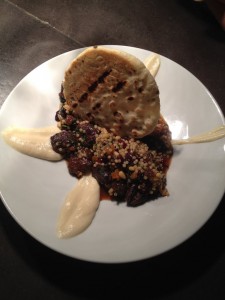 I wanted lamb cheeks and it evolved, I love couscous, herbs and fruit and it’s Middle Eastern. 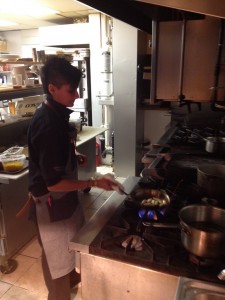 Why do you use white balsamic?

It has a good depth, and balances a sauce very well, brightens it up. 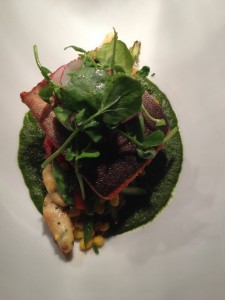 Starting with the fish and building it from there, nice for fall and light.

What do you want to achieve with your culinary team in the restaurant?

I want the customer to be happy, and challenge people so that it is not intimidating for them. 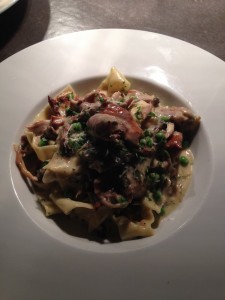 Pasta quintessential comfort food and duck confit is my favourite.