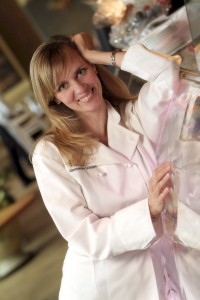 Grew up in Toronto, my mom sent me to Denmark as my graduation present. I loved it and moved back after I got a visa and then worked in Denmark in a hotel restaurant doing breakfast prep. I returned to Canada and attended George Brown School of Hospitality for 2 years, then went to France to apprentice in Nice at Hotel Negresco, Hotel Paris in Monaco and Le Provencal near Nice. I met my future husband at Hotel Negresco – he was one of the cooks. I returned to Canada, then returned to France in 1991 to see John Francis. I worked in his mothers restaurant in Marseille for a year. We then got married and moved to Toronto, but my father had moved to  Vancouver and convinced me to try Vancouver in 1992. I worked at the Wall Centre as a Sous Chef in 1993-94, then I was off on maternity leave. In 1996 I had another baby and in January 1997 we opened our own restaurant Provence Mediterranean Grill. I then cooked in our own restaurant for a year, then moved on to work the front of the house and taking care of my family. In February 2002 we opened our 2nd restaurant – Provence Marinaside.

Who does the new recipe creation at your restaurant?

Essex Balce our chef at the Mediterranean Grill and my husband Chef Jean-Francis does it at the Provence Marinaside.

What is the key ingredient to maintaining a successful restaurant? 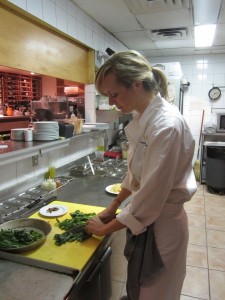 How do you maintain a successful marriage when both of you are chefs?

The couple has to respect each others boundaries and give equal amount of support and freedom, we both understand what we want and listen to each other. Always give each other respect, I have always been with the kids where he has taken the Exec Chef role. 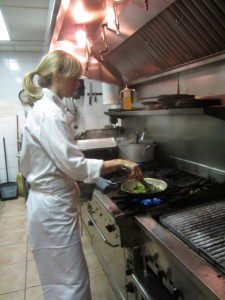 What is your favourite cuisine to eat personally ? 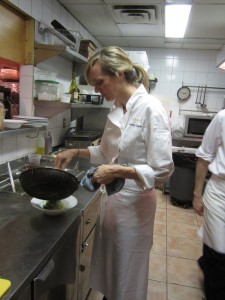 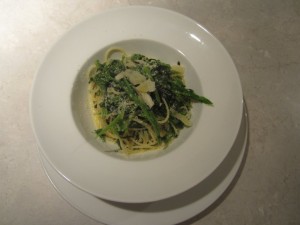 I always start a meal with a small pasta dish and vegetables. I love rapini and wanted to cook with it. 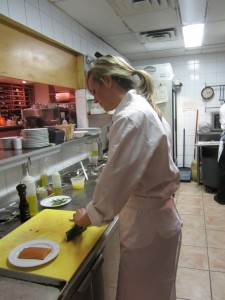 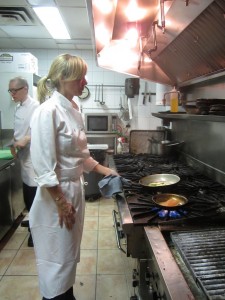 What is your favourite wine to pair with one of your dishes, such as your Sablefish or Arctic Char?

What is your favorite wine to pair with your  Clafoutis dessert? 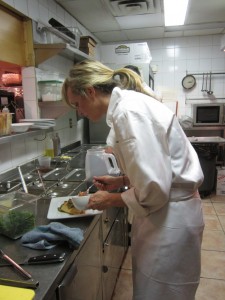 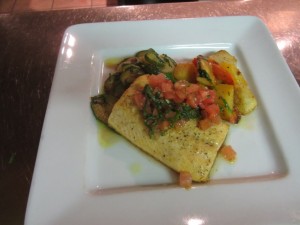 I love arctic char, melted zucchini and those flavours. 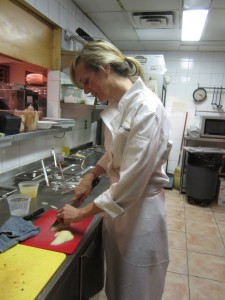 When did you start your tomato festival at Provence?

Why did you start your tomato festival at Provence?

We cook with a lot of tomatoes and thought it would be a great idea. Worked with UBC farms and always go to the farm and see what is available. 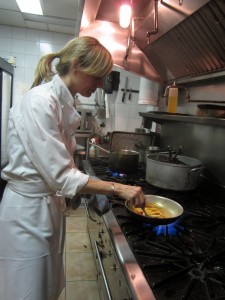 My father had a few restaurants of his own growing up. He is Italian and he taught me how to cook. 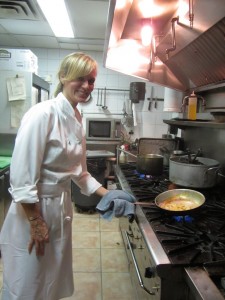 Do you cook at home the same as you do in the restaurant?

Yes for the most part.

How often do you go to France?

About once a year to visit family and to see what’s new. 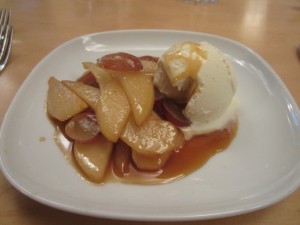 It’s my kids favourite dessert, flambed bananas at home and we do a lot of flambéed desserts at home.

When you do flambéed desserts at home, what do you do?

Did you ever know your Clafoutis would be so popular?

No, once we took it off the menu to change our desserts, and customers threatened us with calling their lawyers –so we added it back.

Cartems Donuts and the Story