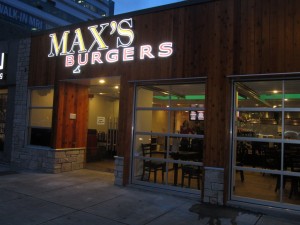 Last night, January 17th, I attended the media opening party of Max’s Burgers, located across the street from Whole Foods on Cambie and 8th Avenue. 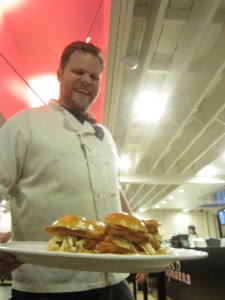 Max’s Burgers is the brainchild of Chef Connor Butler (Connor Butler Restaurant, C, Pearl on the Rock) and Redpath Foods, the team that’s brought you Max’s Deli and Stuart’s Bakery for decades. 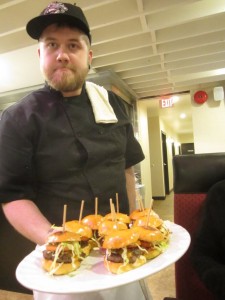 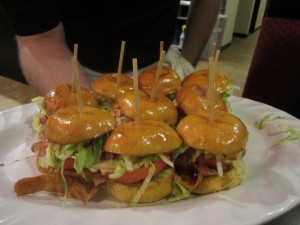 Rooster on a Tailgate Sliders 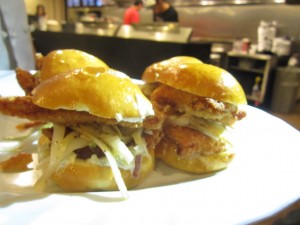 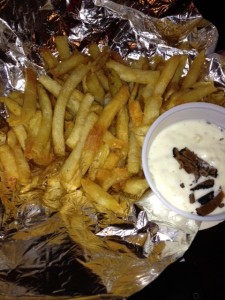 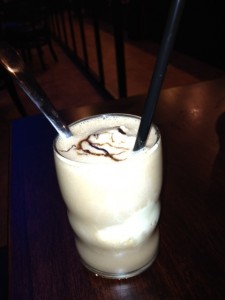 Media guests were treated to a casual sit down dinner party where we chowed down on mini versions of many of their burgers, from the tasty British Columbia Sliders (the beef), to the Rooster on a Tailgate Sliders (the chicken), to the Hail to the King Crab Po’ Boy Slider (the crab). I also ate the Kennebec Fries with Truffle Mayo, tried the Poutine and sampled several beverages including the favourite Fraser River Mud Shake followed by the Orange Creamsicle Shake which was my #2. 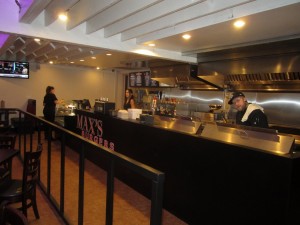 Now, Chef Connor is making ‘perfect burgers’, and serving them with refreshing cold beverages, milkshakes along with fries, onion rings, and yam fries –  all fried in tallow. Max’s Burgers is focusing on using as many local suppliers as possible and providing amazing burgers with attitude and affordability!

Max’s Burgers is located at 521 West 8th Avenue in Vancouver (Just West of Cambie Street behind the Liquor Store) and will be open for lunch and dinner daily after January 23rd.