For my tenth brunch in this series, I was joined by Actor, radio and television personality – Terry David Mulligan at The Oakwood in Vancouver talking about the memorable interviews, concerts, movies, plays and great radio stations that have been his life and more! 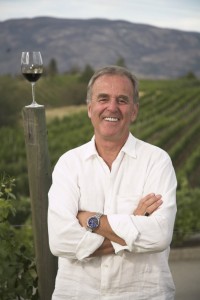 Terry David Mulligan, Host of his wine and food show Tasting Room Radio and Co-Host/Co-Producer of the tv series Hollywood and Vines with Jason Priestley, has just had released his book, MULLIGAN’S STEW, MY LIFE…SO FAR. Terry has just launched a new Tasting Room Radio website.

In 1985 Tery become a VJ and producer for MuchMusic, covering primarily the West Coast music scene as host of the long-running Much West series. Mulligan is a prolific character actor who has been featured in supporting and small roles in many movies and television series including, notably, The Accused, The X-Files, Robson Arms, Hard Core Logo and the Fantastic Four movie.

Six generations of Canadians can lay claim to having Terry David Mulligan as part of their lives!

I understand you were once roommates with Joni Mitchell, tell us how that came to be?

Living in Regina folk acts performed at 4th Generation, Chuck & Joni Mitchell came, Joni made tea, I made dinner and I had no idea she would become who she did.

How did you meet Jim Morrison? And Pete Townsend?

Townsend by interviewing him and we got along well and we formed an immediate friendship. When we went to London for the Guess Who, ended up seeing The Who perform in a small club, it was a great concert, Pete Townsend whom I interviewed previously in North America invited us over to his place to watch him fix his guitar that he smashed on stage the night before.

Met Jim Morrison in July 1968 on an interview in Vancouver but he wanted to go and browse for shoes in stores around the Westend.

How did you get into doing Commercials?

I was forced to do it to pay bills, it was easy money, met nice people, I did 5 years of Molson commercials with Second City people in Toronto.

What piqued your interest in wine? And in what year?

When I was living in San Francisco, my wife and I visited Napa and Sonoma and tasted wine then met up with Jason Priestly; when we were on a fishing boat together in the Haida Gwaii in the late ’90’s.

I remember watching you on Good Rockin’ Tonite on CBC, of all the artists you interviewed, what was the most unique artist you ever interviewed on your show and why?

Frank Zappa, he was the most no bullshit guy that I ever interviewed, he engaged with me quickly and forced me to talk about anything with him. He is a great guy, family man and all who would never do drugs.

“The Beachcombers” was one of my favourite Canadian tv shows, how did you get casted to appear on that show?

I auditioned for a role as a Pothead who was a Real Estate developer, got the part and did a few shows. It was shown in all countries around the world except for the USA. 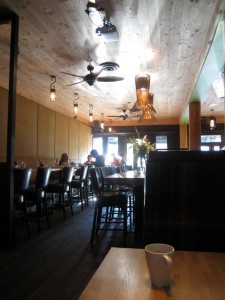 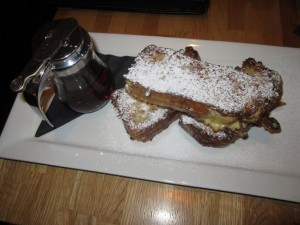 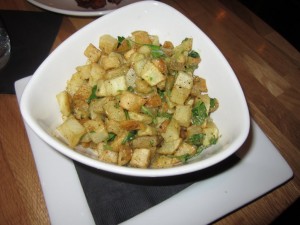 Terry and Richard both had the Blueberry Marscapone French Toast ($10), and Richard had the Hash ($5).

What are your favourite restaurants outside of Vancouver?

Who are your top 3 favourite jazz artists?

Your show MuchWest aired for 16 years on MuchMusic, how did you feel when they cancelled your show?

That it was time to move on.

How did your tv show “Hollywood & Vines” with Actor Jason Priestly come together?

On our fishing trip in the Haida Gwaii, took 4 years to put totgether, then another 5 years to get on the air.

When did you begin to appreciate fine wines?

What has been your favourite role you have played in a film to date?

In Accused with Jodie Foster – I played a detective

What were your interviews with Actors – George Clooney, Matt Damon and Leonardo DiCaprio like?

How did your radio show “The Tasting Room” come about?

I knew I always wanted to do a radio show on wine when I moved to the Okanagan. Did the show for 2 hours for 1-1/2 years then changed the show to 1 hour cause 1 hour was better for radio.

What is your favourite food and wine pairing?

In your travels, which was the most recent favourite concert that you have seen?

Haven’t since I left my job after 30 years.

I understand you co-own a vineyard with Actor Jason Priestley, tell us how that came about? And what is your wine label called?

Black Hills –we were investors not owners, I have since sold my investment.

Who was one of your favourite people that you interviewed?

It was Robin Williams, 4 minutes with him on any subject was the highlight of my year.

When was your first acting role in a play?

I was in a play at Presentation House in North Vancouver.