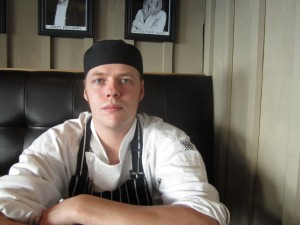 A few weeks ago I spent the afternoon with Chef Paul Haldane at the Blue Canoe Restaurant in Steveston. I previously met Paul this past summer when dining at Blue Canoe on their outside patio.

Paul got his start in the kitchen when he was 15 years old in Battle, England. While at school, he apprenticed at a hotel that had 2 rosettes for fine dining and he did all the Larder and Pastry etc. He then worked at a 1 Michelin Star restaurant in Cambridge, at 19 years old he worked as the Sous Chef in a semi-fine dining establishment. He then travelled to Australia for a year and worked all over and then returned to the restaurant where he had apprenticed back in England where he met his wife. They moved to Brighton where he got a job at The Jolly Sportsman as a Sous Chef who was then promoted to head chef.

In 2009 Paul and his wife moved to Richmond, BC where he got a job at a Greek restaurant. In April 2010 he became the Sous Chef at Blue Canoe Restaurant in Richmond and was then promoted to Executive Chef in July of 2010. 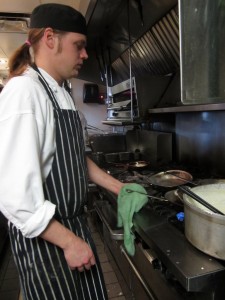 Yes, I cooked family dinners while I was growing up, got a job as a dishwasher when I was 12 years old getting paid 2 lbs 60 per hour and from there pursued cooking as a career.

What was it about Cooking that you liked growing up?

Pressure, speed, the amount of respect that was given by chefs to the head chef and vice versa. 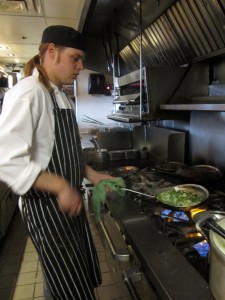 What is it that makes you stick with it when working in a yelling kitchen?

The passion for cooking. 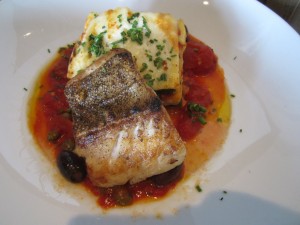 Burnt spinach idea (like on a pizza) mixing a protein and a carb. 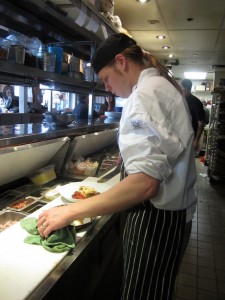 What is your favourite kind of food to eat? 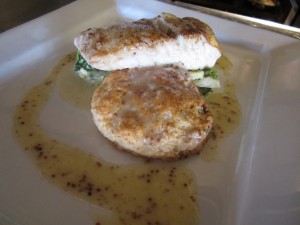 Earthy and rosemary, a little sweet with Bourbon and savoury with roasted garlic. 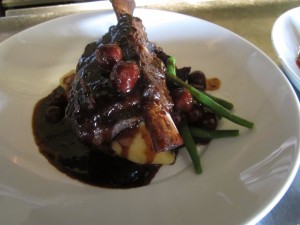 With your short rib dish, what would you pair with it?

What is your favourite food to eat locally?

What is your Favourite Food city in your culinary travels?

The British way of having in jest, be responsible for your job and pass. Be part of the team and have a passion for cooking.

You love to make scones, what types have you made?

Brunch: Michael Fraser at the Waldorf