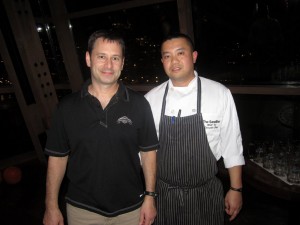 I attended this dinner at The Sandbar on Monday October 24th that featured a 5 course meal created by Chef William Tse paired with a variety of beers from Granville Island Brewing along with their Brewmaster Vern Lambourne.

I dined with the team from Granville Island Brewing and their Brewmaster Vern Lambourne and we talked about the beer including their limited release Pumpkin Ale and the soon to be released Imperial Chocolate Stout. 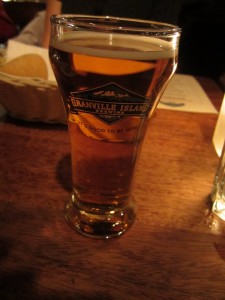 The dinner was created by Chef Wiliam Tse who skilfully paired each of the dishes with each of the beers. 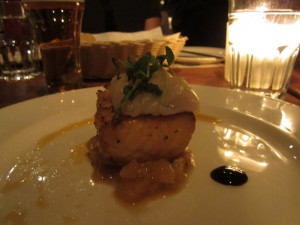 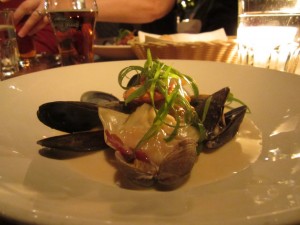 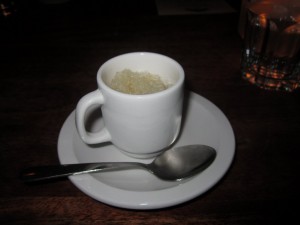 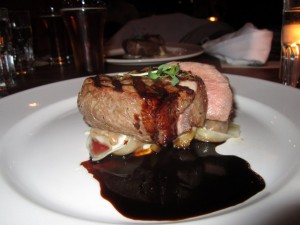 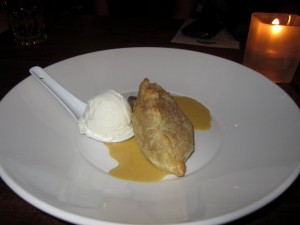 Comments:  All of the beers and courses were well paired, just wish they would have had their chocolate stout ready to pair with the dessert. I thought the West Coast Seafood Chowder coconut cream was exceptional with the  Lions Winter Ale in the 2nd course and the Roasted pumpkin tortellini, honey lemon candied beets, star anise demi-glace was divine with the Pumpkin Ale in the 4th course and in the last course the Roasted Asian Pear & Basil Strudel was a delightful dessert with the hints of the basil showing through.

The Sandbar hopes to offer more Beer and Food pairing dinners in the future, contact them for details at 604.669.9030. More info on the line up of beers from Granville Island Brewing can be found online at http://gib.ca/

Argentina Dinner at the Waldorf