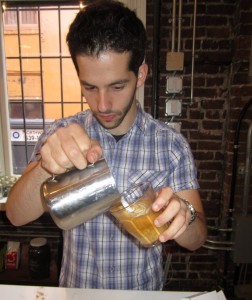 John Giannakos is the General Manager of family owned Revolver Coffee in Vancouver and Café Crema in West Vancouver, he also has a passion for competing in Latte Art competitions. He most recently won 2nd place in That Barista Thing Latte Art Competition in 2011, and won 1st place in the Latte Art Throw Down at the Canadian Coffee & Tea Show in 2011.

Johns says: Latte Art is like the the handshake for the deal.

I chatted with John recently about his love for coffee.

When you competed in the 2010 Barista Thing competition, how did you place?

I was 2nd place

How was the competition this year vs last year?

This year was tougher due to the Japanese Baristas who were very good, the top 6 Baristas were awesome.

What was the first competition that you competed in?

In 2008, I competed in a Latte Art Competition put on by Blenz Coffee.

After Café Crema (family owned) 5 years ago, I wanted to learn and be on bar.

What is needed to be a great latte art competitor?

Focus on repetition, steady and not necessarily artistic.

Why did you choose the size of cup that you did in the Barista Thing Competition?

It was a bit more circular and a good size for the milk to pour in and for dynamic pour.

He made me 3 of his pours 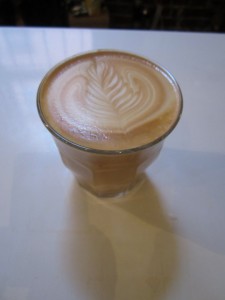 #1 Rosetta – symmetry is most important and the finish. 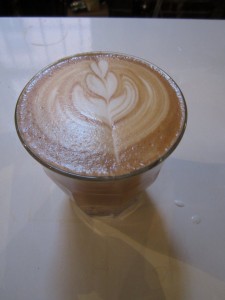 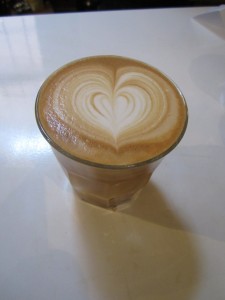 #3 Heart – shading to get the lines to appear event around the hearts.

What is your favourite food with coffee?

What is your favourite food without coffee?

Platter of cheeses and meats and some wine

Are you going to compete again? And if so when?

I want to compete in both the Mill Rock Competition in Seattle as well as That Barista Thing in Vancouver next year.