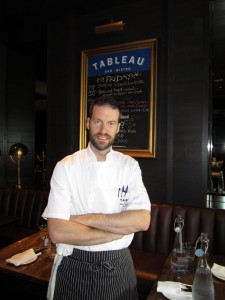 A few weeks ago I spent the afternoon with Chef Marc-André Choquette at Tableau Bar & Bistro. I met Marc-Andre a couple years ago when I had dined at Voya Restaurant.

From Laval, Quebec, he had a curiosity for food when he was young. Bussing in a local restaurant, one of the cooks didn’t show up and Marc jumped in the kitchen to help out. He did 3 years of culinary school in Montreal. He worked at Le Mitoyen as an apprentice for 4 years then spent 3 months in France working. In 1998 he moved to Vancouver, applied at Lumiere and was lucky to take over from someone else, he worked at Lumiere on and off for 8 years in various positions working his way up to Executive Chef, during this time he also worked in Sydney, Australia for a year at Tetsuya’s, Forty One Restaurant, Marque Restaurant  and the Observatory Hotel. Marc worked with David Hawksworth at West for a year as Sous Chef, and worked at Sooke Harbour House for a year as Sous Chef . In 2007 he was headhunted and worked with the Loden hotel company and was sent to Miami and other cities to work. In 2009 the Loden Hotel opened and Marc was the Executive Chef of Voya Restaurant and the hotel, in 2011 the restaurant was rebranded and Tableau Bar Bistro opened and Marc remained the Executive Chef. 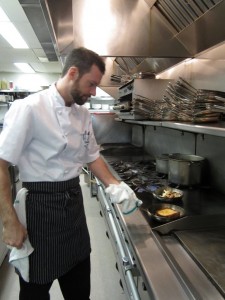 How did the switch affect you from Voya to Tableau?

I have a great relationship with the owners – I did research – there were 6 of us in the creative circle, starting off with design, fun with the tables, glasses, menu formatting, concept, debate, opinion. The menu took 8 weeks to design and it was a team effort.

What is your favourite dish to cook personally? 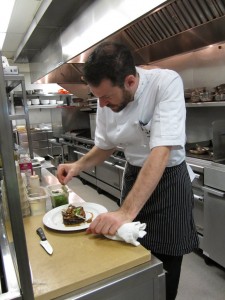 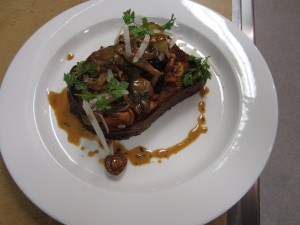 Franko the restaurant designer had a similar dish in NY, we modified it to using Brioche and the type of mushrooms

If mushrooms change by the season, how does the taste change on your Mushrooms on Toast dish?

We always have a base but it depends on the type of mushrooms that are available, right now its prime season for these mushrooms. 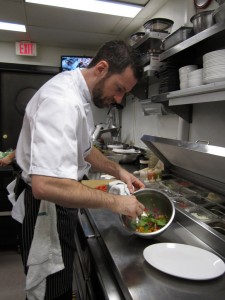 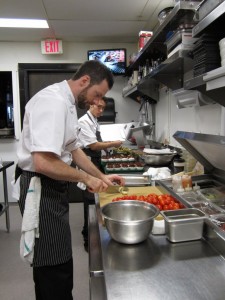 What are the top 5 ingredients we would find in your home pantry? 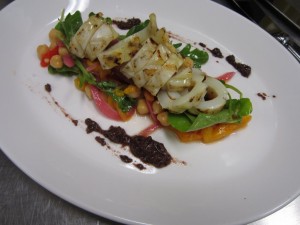 I wanted a non-breaded calamari dish and wanted to use different components such as peppers and chickpeas. 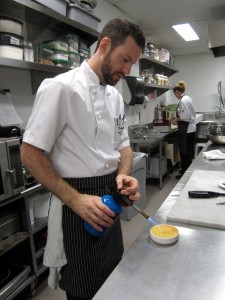 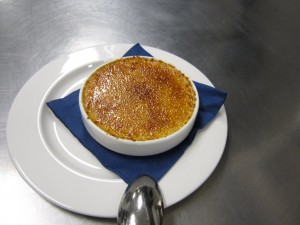 Who does the pastries and desserts in your restaurant?

I do the pastry program here which includes the brulee and mousse.