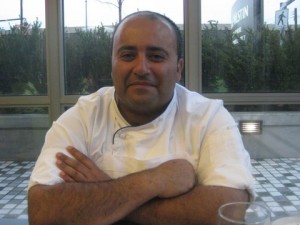 A few weeks ago, I spent the afternoon with Chef Hamid Salimian at The Apron Restaurant at the Westin Wall Centre Hotel in Richmond. It was a pleasure to chat with Hamid and to eat with him after the interview we talked about his passion for food, pastry and creativity.

In 2003 he joined the Metropolitan Hotel for 5 years at Diva at the Met as the Sous Chef then as the Banquet Chef. In 2007 he joined The Westin Bear Mountain Resort in Victoria as Executive Souse Chef for 2 years, and then moved back to Vancouver to open the Westin Wall Centre Vancouver Airport Hotel as the Executive Chef in 2009.

Growing up what did you want to be?

I grew up in Iran on a farm that was a dairy farm citrus farm and rice fields.  My grandfather owned Patisserie shops and restaurants, cooking was always big for his family. We were sustainable, growing all our own vegetables and fruits. I moved to Canada in 1989. 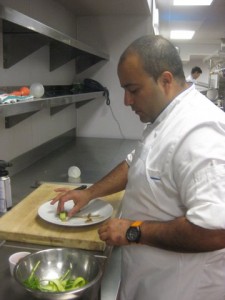 Why are most of the restaurants you have worked at in hotels ?

I am challenged in an environment like the one here at the Westin with so many things to do such as the restaurant, banquets and in room dining. 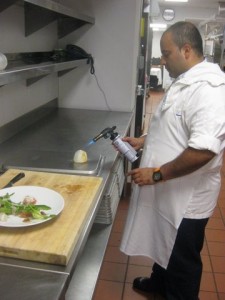 How creative can you get in your Exec Chef role here?

I stay within the perimeter that management sets for me and as you have seen I do get quite creative with my cooking. As you can see, I use what you may call interesting technique in my cooking such as blowing mozzarella for our Blown Mozzarella Salad. 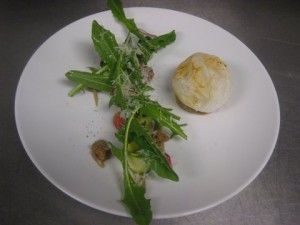 Fun food on the plate

How would you describe your style of cooking here? 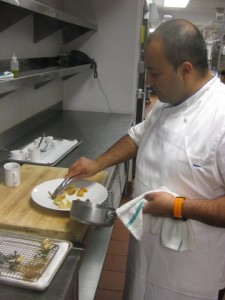 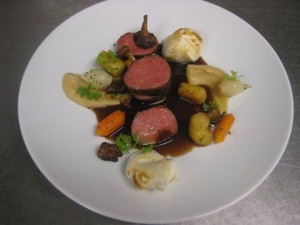 Making fun out of the traditional flank steak preparation.

Why is the ice cream you make here cylinder shaped?

We blast freeze so it is perfectly molded and it looks cool. 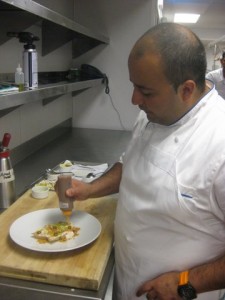 Describe the plating of your dishes?

I have done a lot of work in competitions in the past, including two culinary Olympics, I was a member of Team Canada and Team BC and Team Worldcup in 2002 & 03.

We both do the cooking. 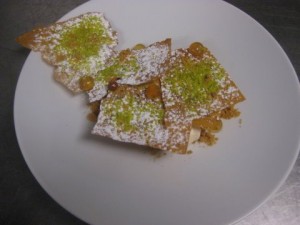 Are you going to compete again?

I will be coaching Team BC when we go to Germany in 2012 there will be 156 teams from around the world.

What’s the future hold for you?

Build The Apron as a destination place fun food and atmosphere