On Monday November 22, 2010, The Chefs’ Table Society of BC and the Vancouver International Film Centre will host Cinema to Savour at the Vancity Theatre, for a family friendly evening of film and food. Guests will enjoy delicious French fare prepared by Chef Scott Jaeger of the Pear Tree Restaurant, and get a taste of his talents before enjoying the Disney Pixar animated classic, Ratatouille. 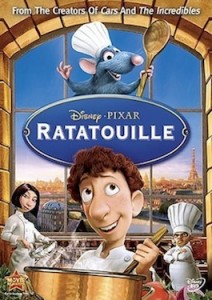 Centered on a specific culture, each ‘Cinema to Savour’ movie night showcases the food of a selected top chef. These chefs choose films that have been inspirational to them and prepare and serve food that reflects the film and cultural theme of the evening. Poised to attract a wide audience of Vancouverite foodies and movie buffs, Cinema to Savour is the perfect way for moviegoers to engage with Vancouver’s top chefs and industry members.

Chef Scott Jaeger will share with the audience why he selected the film and will prepare and serve French-inspired finger food during the family-friendly evening. The Olive Oil Merchants will offer an olive oil tasting and delicious appetizers will be paired with wines from Desert Hills and Saturna Island Estate wineries, with local craft beer from R&B Brewery Co. Guests will nosh on treats catered to parents and kids, including popcorn and lemonade provided by Terra Breads, coffee and hot chocolate from Caffe Artigiano, and delicious chocolate mice provided by the Pacific Institute of Culinary Arts.

Join over a dozen of Vancouver’s most celebrated chefs and food personalities for an evening of French-inspired film and food at the Chef’s Table Society of BC’s Cinema to Savour at the Vancity Theatre.

Ratatouille, Cinema to Savour tickets are $55 for adults and $15 for kids and can be purchased through the Vancity Theatre at www.viff.org. Each guest will have an opportunity to purchase a copy of Vancouver Cooks 2 and have their cookbook signed by Vancouver Cooks 2 editors and contributing celebrity chefs. Tickets include film viewing, food, beverages and chef/audience discussion. Event proceeds will benefit the Chefs’ Table Society of BC and the Vancity Theatre. For more information call 604-683-FILM (3456).