Gold Medal Plates is the ultimate celebration of Canadian Excellence in cuisine, wine, the arts and athletic achievement. Celebrating in eight cities across Canada in 2010, Gold Medal Plates will feature superb wines and the premier chefs in each city, paired with Canadian Olympic and Paralympic athletes, in a competition to crown a gold, silver and bronze medal culinary team in each city, and subsequently nation-wide.

I had the opportunity to interview some of the award winning chefs in the line-up of the upcoming Gold Medal Plates Awards in Vancouver. I asked each chef the same 3 questions and of course each had very different answers, I also asked that each chef would create one of their own signature dishes for me to taste during our interview. 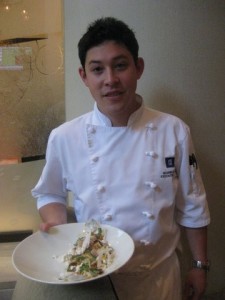 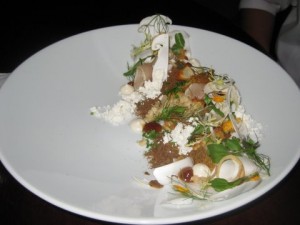 I think about what products are available in season locally. Then I look to see what partnerships there are with the wineries for wine pairings. I have to think of what would be memorable for the guests. After choosing 3 local ingredients, I then work on textures, cooking techniques, flavour combinations, and how to execute that dish for that number of people attending.

You want to define yourself as being a leader in the industry, it is more than doing something different than someone else. I want to meet and exceed the guests expectations. Have to tailor your skill set to fit, the chef is only as good as his team, you have to know how to develop the team with training. The team’s passion and work ethic is so important and mentorship drives the craft and the industry.

The daily life and growth of a chef every day has curve balls. Be independently wealthy, to not have to work and eat at more places.

The second chef that I interviewed was Chef Darren Brown who is a corporate chef for the Glowbal Group of restaurants and I interviewed him at Coast. 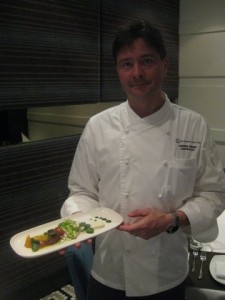 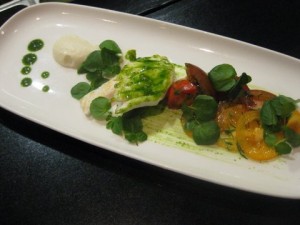 Starts with sourcing the best product, what we have been excited about locally over the past 6 months, what logistically will work best for them, that has the write cooking process for them. I put a plate together first, then I bring in another chef, then refined the dish with more and then tried to simplify it to less. A week after deciding on the dish, I did a tasting with wines that were involved, did another tasting and went with it and the same wine as it was perfect.

Keep open minded, there is not a better way. Everything I do has multiple perspectives, my perspective may not be the best which is why keeping an open mind, not being afraid to use my team and talented people that can express themselves.

Ultimately to setup and establish a teaching academy. Spend more time in Spain in Asia.

The third chef that I interviewed was Chef Neil Taylor at Cibo Trattoria. 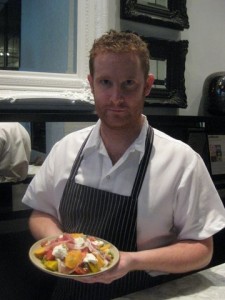 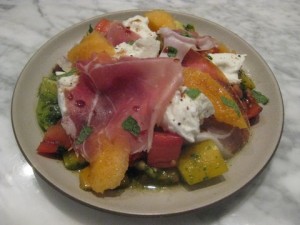 Making sure I buy the best quality ingredients from around BC –local farmers, simple food. It has been a challenge to find the best stuff locally, you have to search, now I get about 80% of what I want locally, still always searching to find what I want.

Have my own restaurant.

The fourth chef that I interviewed was Chef Dale Mackay at Lumiere. 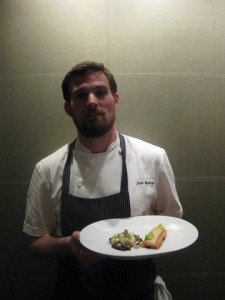 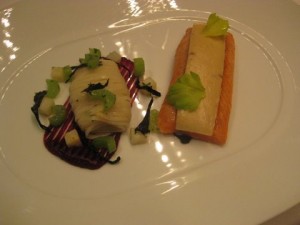 I Look for the product to use first, all Canadian products and specifically BC is best as possible. Flavour and appearance is key. clean strong flavours. Execution is also important when presenting for 450-600 people. This year I chose the same winery as last year and I am doing a different dish. You have to choose wisely with the wine.

Constant diligence in everything that I do in the front and back of the house. All standards are ultimately important. Hospitality is the key, it is all about the guest and freedom to push the boundaries. Confidence and being humble and learning from my team.

Start a charity specifically for children and battered woman with low income.

2010 Competing Chefs in Vancouver are:

This is a Culinary Competition and Gold Medal Plates 2010 Vancouver will take place at the Sheraton Wall Centre Hotel on October 29th. These chefs will create their ultimate dish, which will be paired with a premier Canadian wine.  Canadian Olympic and Paralympic athletes will be paired with each chef to assist in the creation or plating of their dish.  A team of food and wine critics will work with national critics and a local jury to determine the top three winning creations. Vancouver will crown a gold, silver and bronze medal winning chef.  The gold medal chef will go on to compete at the Gold Medal Plates Finale – The Canadian Culinary Championship in February, 2011 in Kelowna, British Columbia to be crowned the top chef in Canada.

The Wine and Live Auction is another important component in this event, raising money for the Canadian Olympic Foundation to support high performance programs such as Own the Podium. Gold Medal Plates incorporate some very unique live auction ideas, and will have many Vancouver 2010 collectibles like signed jackets by Jon Montgomery, Cindy Klassen, the multi-medal winning women’s bob-sleigh team, pieces of the Gold Medal Men’s Hockey game, and so much more, you can see the complete list here.

Tickets and more information about the event here.

Toast to the Coast