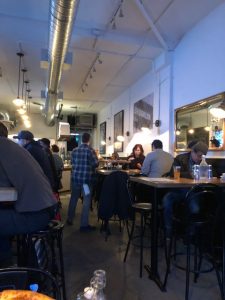 Specializing in Brooklyn style pizza, Aj’s is a popular Mount Pleasant neighborhood hangout for those that love pizza and beer. Here you have New York Sicilian Squares which is best described as thick, almost 2” thick square pizza and this is the real deal. Then there is the Brooklyn style thin crust pizza which is my favourite as I prefer thin crust over thick, many of their customers may say they love thick over thin, you have to try both. 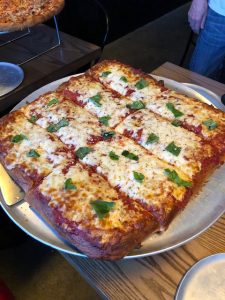 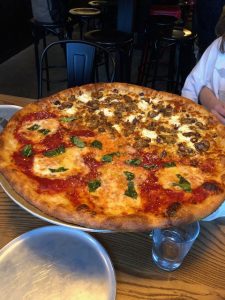 Half Margarita and Half white Vesuvio Pizza 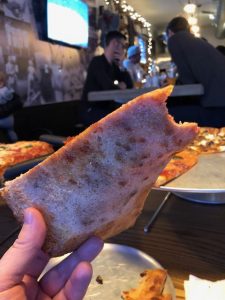 Over several visits I have tried their New York Sicilian Traditional Cheese pizza, it’s huge at 16” square, topped with red sauce and lots of cheese; as well as the Half Margarita and Half white Vesuvio Pizza delicious Brooklyn style pizza. 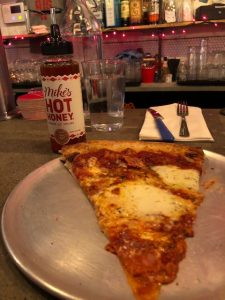 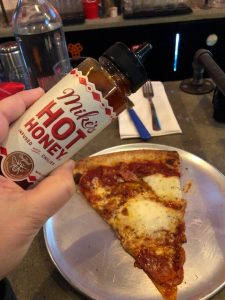 They have the large pizza pies and they have slices as well, I have had myself many slices here including the Cheese Pizza with some of the complimentary Mike’s Hot Honey. I love when pizzerias offer some type of complimentary sauce or oil that gives diners the opportunity to add which may complement the pizza, in this case Mike’s Hot Honey sure does. 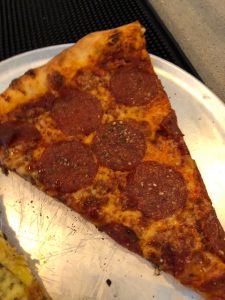 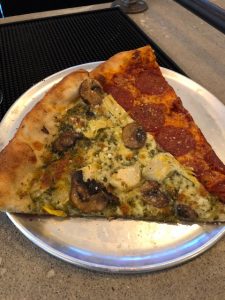 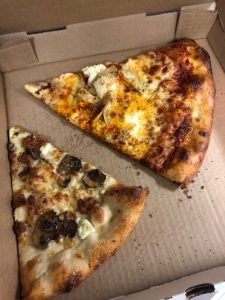 I have also had slices of John’s Pepperoni as well as the White Vesuvio Pizza as well as others.

You will also find a selection of starters, desserts and beverages to round out the offering at this Mount Pleasant gem.