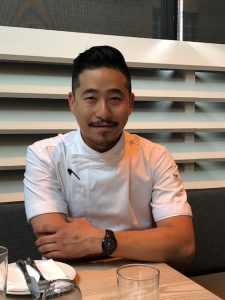 Warren knew he wanted to cook since he was in Grade 5, he said “I wanted to decorate plates with food”. At 14 years old he got his first job as a Dishwasher at Earl’s. As he had an interest in cooking he watched the cooks and picked up techniques and skills from them. Over time he ended up getting to work there making dishes as a cook, working part time for 3 years.  He attended Moscrop Secondary School where he took the Ace-It – culinary arts program in his final year, it was a 1 year program with ½ day being in school and the other ½ in the Ace-It program, after school he worked at Earl’s. He then apprenticed with Chef Scott Jaeger at The Pear Tree (he got a wakeup call seeing the high level of high calibre cooking), after almost a year he wanted to do post secondary education. In 2011, he competed in the BC Food Expo in their Apprentice category and won gold. He then did the 1 year culinary program at VCC, after graduation. He enjoyed competing in culinary competitions, in 2013 he returned to the food expo as part of the team category and took gold. That year he joined the Delta Burnaby Hotel starting off as their 2nd cook and then was promoted to the 1st cook, he was there for 2-1/2 years. He was then transferred to the Delta Okanagan Resort in Kelowna where he worked as a 1st cook. He did a season as a Demi Chef de Partie at the Mission Hill Terrace Restaurant over the summer. He returned to the Delta Kelowna to become their Chef de Partie for 6 months, then back to Mission Hill Terrace Restaurant for another season as Chef de Partie. In 2017, he moved back to Vancouver, and became the Sous Chef at Juniper Restaurant, he was then promoted to Executive Chef earlier this year. 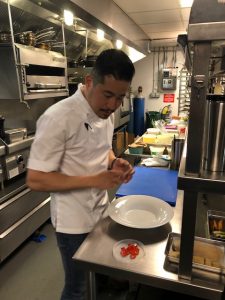 As Juniper is located in Chinatown, is their any neighborhood influence in the restaurants cooking?

How does the creative bar program at Juniper play into your cooking?

I recently came up with a vermouth sweet gel and I put dollops on the tasting boards to tie it in.

For one of the desserts, I made a Rum Baba cake which is tied in using the local Vancouver Island, Wayward Spirts Rum.

Where do you get your inspiration?

Much of my inspiration comes from what we get from the earth, what is grown on the farms, and I get to make it into something delicious, “art on the plate” to serve to guests.

How much creative freedom do you have here in your role at Juniper?

I have complete creative freedom, as long as I meet food and labour costs, I create my own dishes and menu. Menu engineering is something to keep in mind, as well as the dishes need to be executable for service, and can my cooks handle it. One of my main goals here is to is to match what we do in the kitchen with the bar. 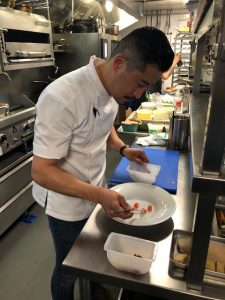 What is your favourite Cuisine?

What are your 5 Favourite Ingredients to cook with? 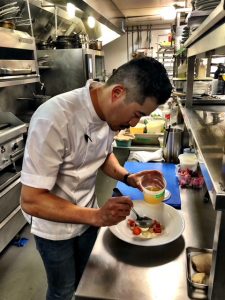 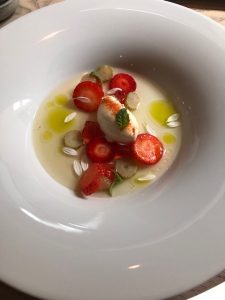 Wanted to highlight the strawberries we get here in BC in a light refreshing dish. Something to start your meal with and to open up your tastebuds. 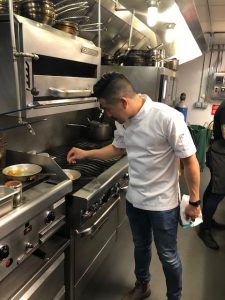 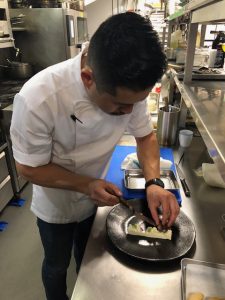 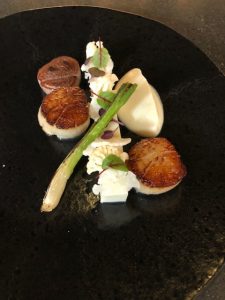 To showcase different methods and technique with cauliflower accompanied by seared scallops because they go together so well. 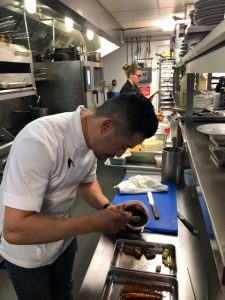 My cooking style at home is more rustic making curries and stir fry’s. 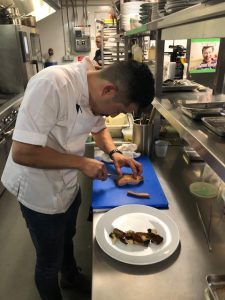 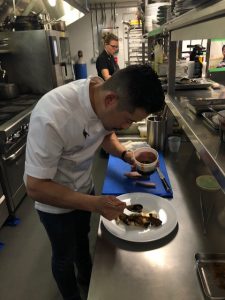 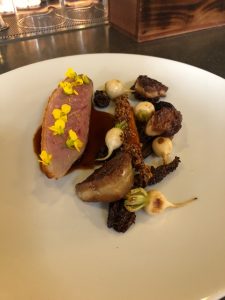 Duck is my favourite protein to eat, I wanted to incorporate some strong flavors to balance out the richness of a duck breast like black pepper and rhubarb.

How has your plating played into how you work?

I learned plating from Chef Scott Jaeger, it takes a lot of prep and being organized utilizing the prep on the trays.

What did working at Earl’s teach you?

Working in a team environment

Being quick and accurate

Wine Touring in the Willamette Valley 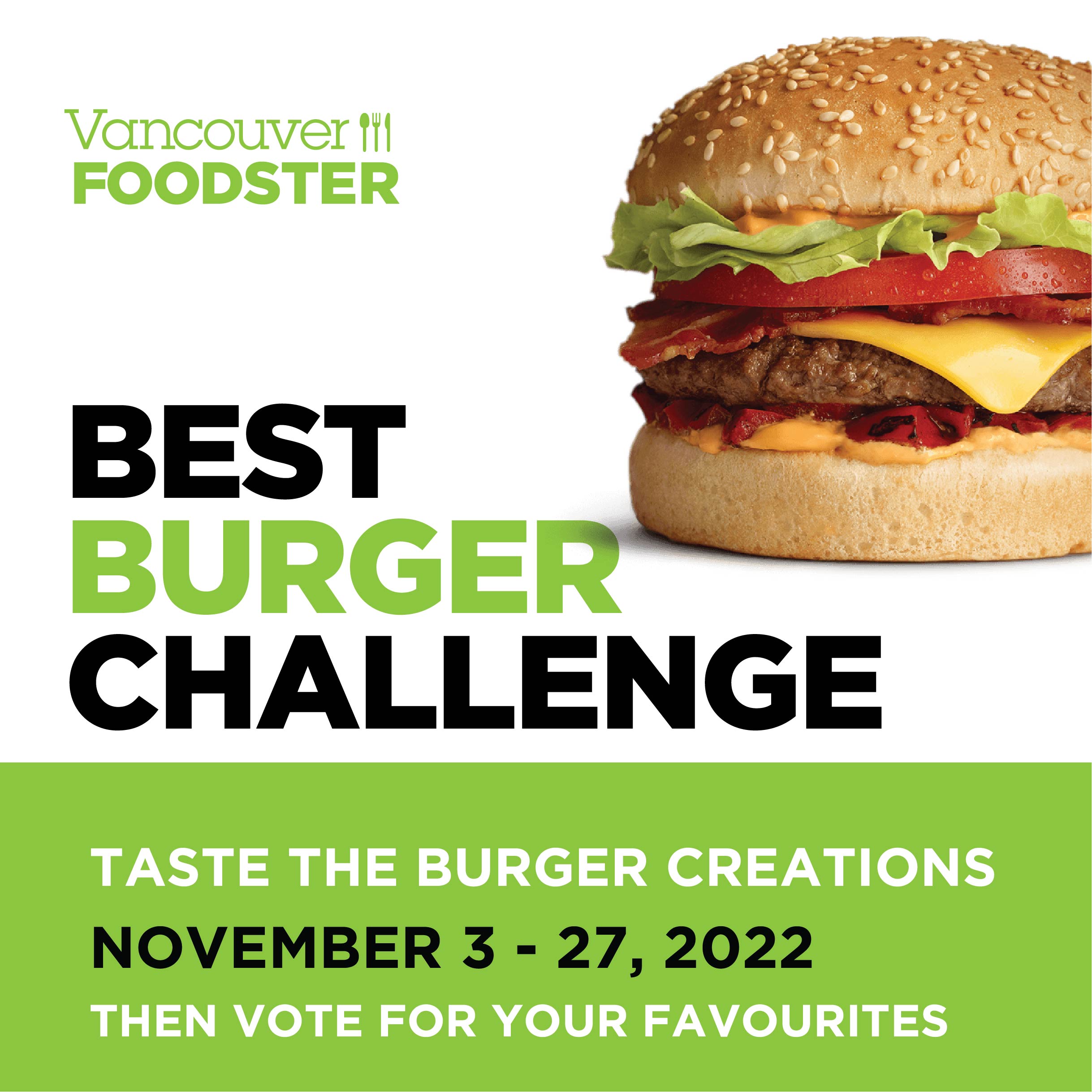 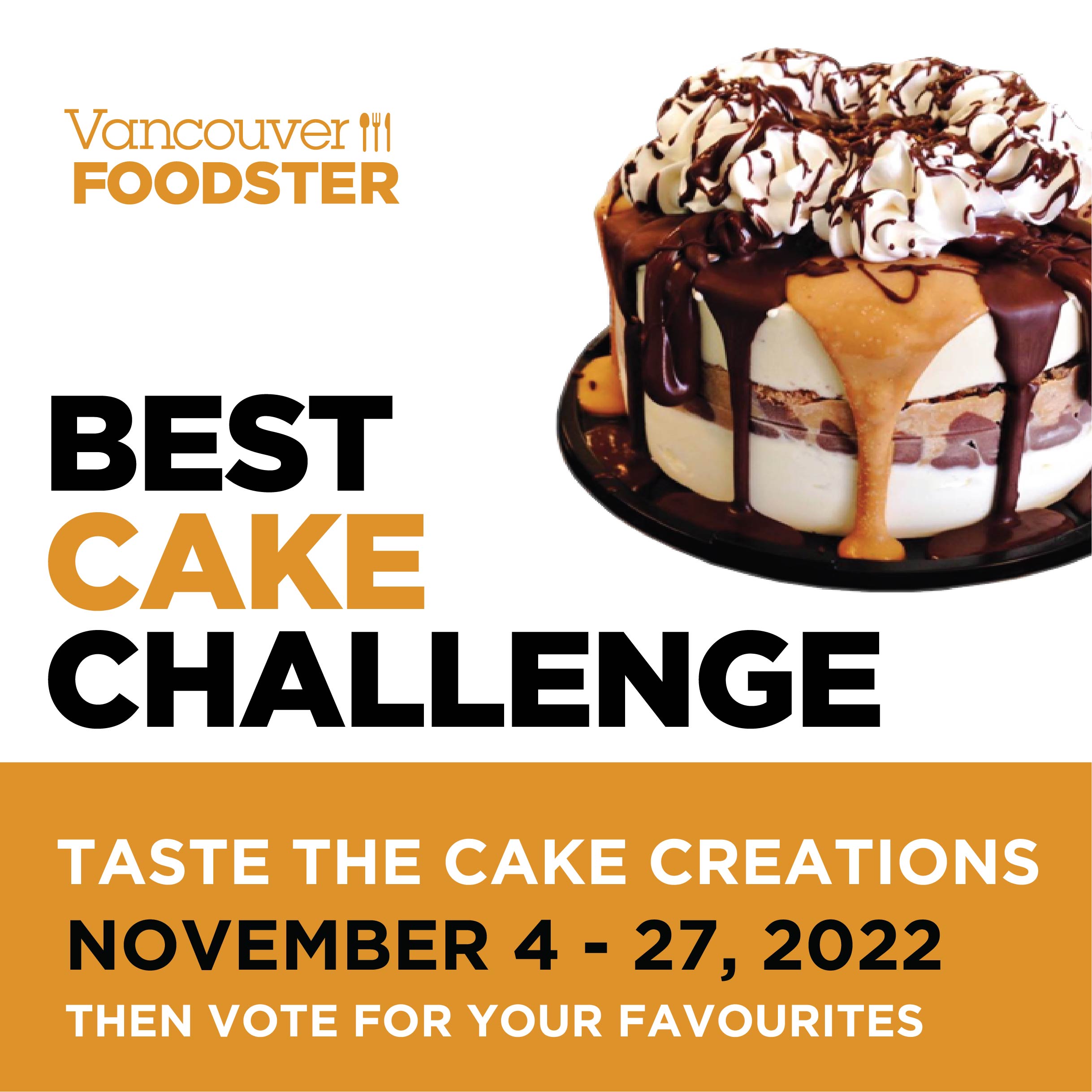