Mobile locations all over the city. 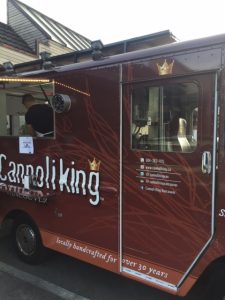 There is an art to making the perfect Cannoli day after day, I remember first eating these delicious dessert cannoli’s on trips to New York years ago; it was then years later when I finally found Cannoli here in Vancouver that was even better than the ones I remembered. Sam Pero is the man behind the authentic Sicilian cannoli which his family has been locally handcrafting for over 35 years from their bakery, Italia Bakery on East Hastings in Vancouver. The deep-fried shells and the ricotta cream fillings are made at his Italia Bakery and then filled to order on the truck, they offer a selection of flavours with some seasonal specials. 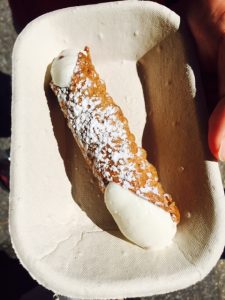 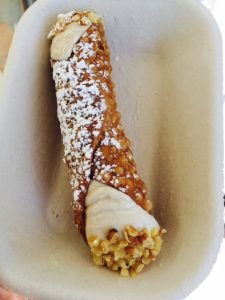 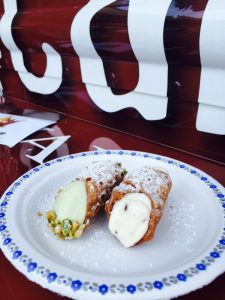 With several visits, I am sure I have eaten all their flavours, there is the original Sicilian which is outstanding filled with a rich, heavenly and sweet ricotta cream. Most recently I had the Canadian Maple Walnut Cannoli which he created to celebrate Canada’s 150th birthday. I have had the delicious Pistachio as well as the Chocolate Raspberry.

The Cannoli King truck has been around since 2012, that is when Sam decided to take his Cannoli to the streets, since he has taken them to festivals and events all over the city, he also makes them for weddings, film set crews and all sorts of parties. There is a reason people call Sam The Cannoli King!