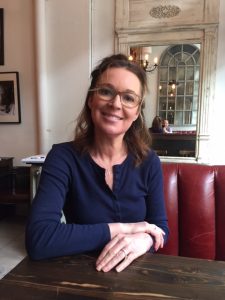 For my Seventy Third brunch in this series, I was joined by Jody Vance who is a TV and radio host over brunch at Bodega on Main in Vancouver.

Jody Vance was born and raised in Vancouver, is a Canadian sports anchor and former co-host of Breakfast Television (BT) on CKVU-DT in Vancouver. In 2000, she became the first woman in the history of Canadian television to host her own sports show in primetime.

Vance began her broadcast career on CHRX, and then moved to CFMI-FM/CKNW as the assistant promotions director and on-air fill-in talent. When BCTV called in 1995, she reached her lifelong goal of becoming a sports anchor.

After a short stint with BCTV, Vance helped launch the sports department at Vancouver Television where she honed her craft and learned the ins and outs of sports television as the sole member of the sports department for 6 months before Perry Solkowski and Jason Lee joined her. In the summer of 1999, she worked as a fill-in anchor for Sportsnet, a new Canadian sports network and became the first woman to host the desk for network. In March 2000, she moved to Toronto to host of Sportscentral AM. After ratings increased, she was moved to the coveted evening time slot and, on September 4, 2000, Vance became the first woman in the history of Canadian television to host her own sports show in primetime.

After leaving Sportsnet in 2005, Vance was lead anchor at Leafs TV, the Toronto Maple Leafs-owned hockey channel from 2006 to 2009. Her final pregame was April 11, 2009, as the Leafs hosted the Ottawa Senators. In June 2009, Vance joined Shore 104 FM in Vancouver where she hosted an afternoon program called The Jody Vance Show. She also joined CBC Vancouver doing sports on top of her work at Shore 104.3 FM and hosted the Vancouver Canucks playoff post game show, “Seeking Stanley”.

In October 2011, Vance was hired away from radio and the CBC to host/news anchor BT for City, where she re-joined some of her former Sportsnet colleagues. She was featured on Sportsnet Pacific Vancouver Canucks broadcasts as a panelist during intermissions. Vance was part of the on-air crew for the 2012 CONCACAF Women’s Olympic Qualifying Tournament at BC Place broadcast nationally on Sportsnet. Since she left BT in May 2016, she has been guest hosting a variety of radio shows on CKNW and Roundhouse Radio.

What got you into TV, and Radio?

Watching and listening to Jim Robson (sports hall of fame show) when I was 9 years old. I thought what a cool job, you get to watch hockey and talk about it on the radio. Also, watching Mary Tyler Moore in her newsroom, I wanted to do that.

I got my first job by bartending at Bruce Allen’s Christmas party. While I was working I got a card in my tip jar from someone at CHRX radio and they said we need someone like you, call me tomorrow, so I did. Started as the first Community Cruizer Reporter at entry level and handed out stickers in the mall to promote the radio station.

How hard or easy was it to find your first job in Broadcasting?

I went to BCIT to apply for the Broadcast Journalism program, they tested me, then said I was in. I paid my $75 deposit and then went back to the radio station to tell them that I got in. Then they said, we will hire you full time. I went back to BCIT for my deposit refund and they wouldn’t give it back to me.

Tell me about your love for Cooking

It was a bit of a necessity at a young age. Everything my European background family (Yugoslavian/Danish) ate was all sorts of food as we were quite the foodie family. We didn’t have kids oriented meals, we had serious dishes (adventurous palate).

When and where did you go to Culinary school?

In 1986 I went to Pierre Dubrulle Culinary Academy, (did 3 years of Cafeteria class in high school), thanks to Julius Pokomandy, he got me a grant to go to school for this 6 month condensed program and got my Red Seal after 18 months.

Where did you work in your role as a Chef over the years?

I worked at Earl’s (Laurel and Broadway) when they opened. After culinary school, I then focussed on getting into radio (my ultimate goal was to be a sportscaster on tv).

How did you go from Chef to Broadcasting?

I worked at CKNW/CFMI in New Westminster on the radio (the same company at the time owned BCTV in Burnaby) Ron Bremner was the GM, he knew that I wanted to be a sportscaster on tv (this was in 1995). I got a lucky break thru Ron and I got an audition at BCTV. I then got a call to do the sports on Friday September 13, Squire Barnes helped me on that 1st day and I did it, I was so happy, then they called me and I did it again the next day. I then got hired at Vancouver Television (VTV).

What are your favourite foods/dishes? 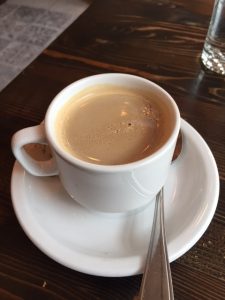 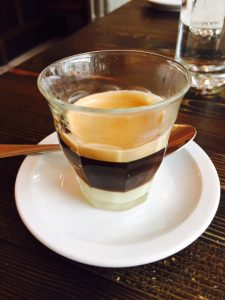 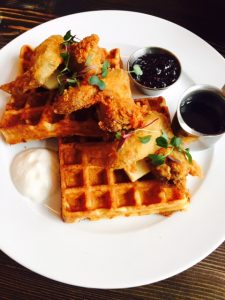 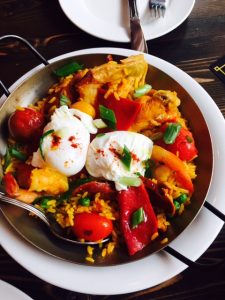 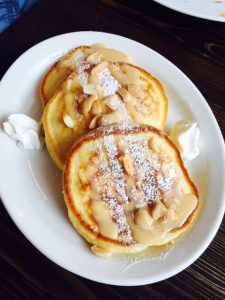 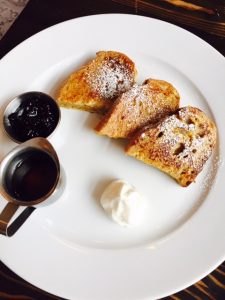 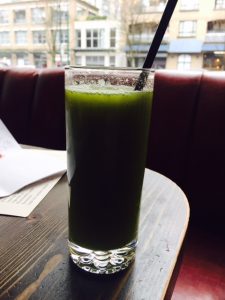 Jody had the Café Con Leche while Richard had the Cafe Bombon espresso with condensed milk to start. Jody and Richard then shared the Pollo and Waffles topped with crispy chicken wings and with brandy maple syrup; along with the Breakfast Paella with chorizo, chicken, prawns, roasted grape tomatoes, poached eggs; Cava Pancakes; Spanish French Toast. Jody and Richard each had a Green Juice to end the meal.

The Ramen House (Broadway and Macdonald)

I like what I am doing, I really enjoy CKNW, expanding mybackyard.press adding a culinary component. I want to find the middle.