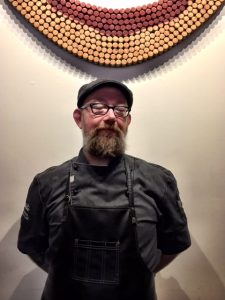 Shane grew up in Vernon, after high school he moved to Victoria where he got a job as a Chef de Partie at the Strathcona Hotel (Sticky Wicket) and worked there for 5 years. During his time in Victoria he also worked on Pender Island for a season. He returned to Victoria and worked at the Med Grille for 2 years as a cook. He then moved to Whistler and worked at Gators Bar & Grill for 3 years starting off as a Sous Chef moving his way up the ladder to Head Chef at this Mexican restaurant. He then went to the Langara Fishing Lodge and worked as a Sous Chef. From there he went to Westcoast Resorts and worked at 4 of their lodges working his way up to Kyouket Sound Walters Grove Resort as the Executive Chef (a boutique lodge that had 20 guests) which he did for 2 summers as it was a seasonal operation. In his off time between the seasonal work he would travel with his wife, he spent a lot of time in Central America, Mexico, India, Indonesia and Thailand. In 2011, he returned to Vancouver and joined the Delta Vancouver Suites hotel as it’s Chef de Partie of Banquets, there he worked his way up to Sous Chef, then Exec Sous Chef within the 4 years he was with them. While working at the Delta, he met Alejandro and they decided to open a Mexican restaurant, travelled to Mexico City and experienced the flavours, trends, décor of the city’s culinary scene, came back and opened El Santo located in downtown New Westminster where he has beeb the Executive Chef since the restaurant opened in late 2015. 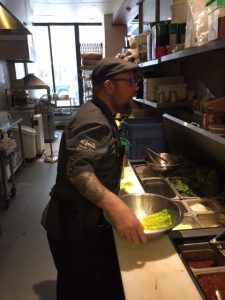 How long did it take you to open El Santo?

We did it all in 6 months, this included menu development, setting up the kitchen, hiring, training, tastings with focus groups and demos at my place and Alejandro’s house.

From the original set-up of your food program at El Santo, has it changed focus?

Yes, just slightly, our fresh sheets changed focus as we want to be seasonal, changing our dishes every 3 months, so that we can work with the farmers and markets, we change it every 3 months now. 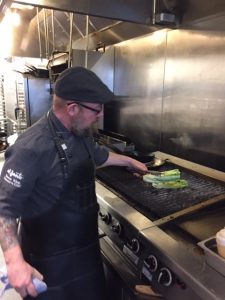 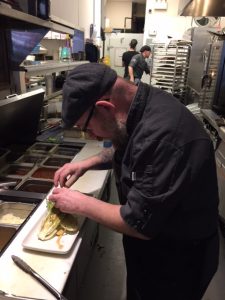 Would you say your world travels play into your current cooking at El Santo?

With my background, I made an El Santo Huevo, from Scottish toasts, and Scottish egg, it’s soft boiled egg wrapped in house-made chorizo sausage, then masa batter it (in corn flour), served with a Habanero apple jam (incorporate local apples). 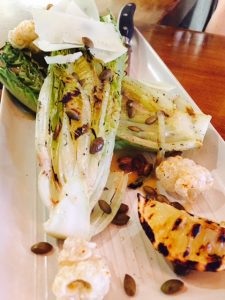 New take on a classic that is gluten-free, with chicharones and has a lighter dressing. 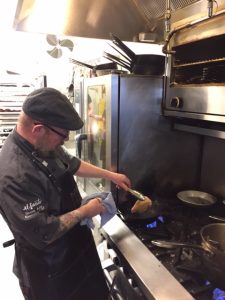 What do you like to empower your staff to learn from you? 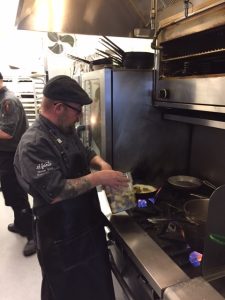 For example, in Phuket, I was blown away by having a 6 course thai meal prepared by my friend, such unique flavours. 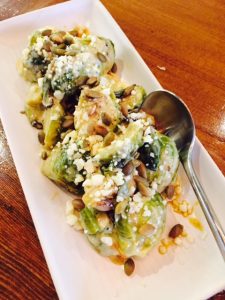 Seasonal vegetables that are local, blends well with Mexican flavours. 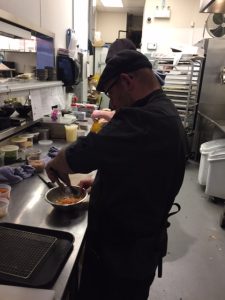 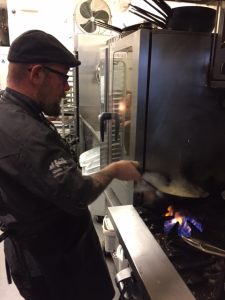 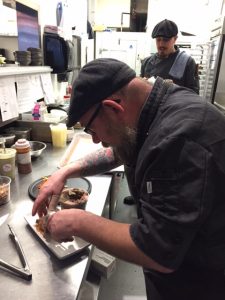 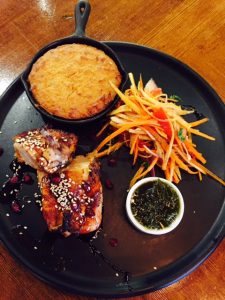 Bold flavours profile with pomegranate and chipotle, pairs well with the richness of the corn bread.

I understand you are a huge fan of Ramen, which is your favourite spot?

What are your Favourite Mexican Ingredients to cook with?

What is your favourite Chili?

When you worked at Kyouket Sound Walters Grove Resort, what is your favourite memory?

Once a week, guests were taken to a remote island to sit on logs and have a cook out set-up over the fire, I cooked them a standout meal over the open fire, it was truly a fun experience for me. 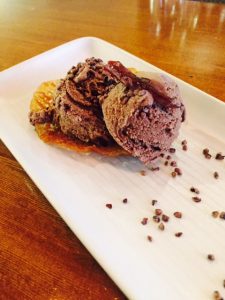 What is your Favourite Pairing here at El Santo?