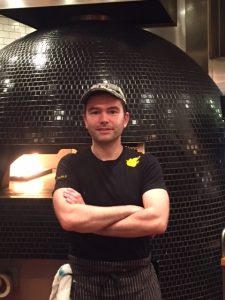 Giuseppe Cortinovis grew up in Italy, in 1996 he started as a waiter at Cafè Liberty in S. Pellegrino T. Italy, he then went on to working in the kitchen making pizzas. He moved on and worked at a variety of restaurants as a Pizza Chef in Italy through to 2011. At the same time from 2002 -2010 he was a baker in his own business at “Sapore di pane” srl –  S. Pellegrino T.(Bg) Italy, In 2011 while on a working holiday in Australia, he worked for a few different restaurants making pizzas. In October of 2011, he started his pasta business in the Sunday market, in Port Douglas, and after that he opened a restaurant there: the “Tattoria eataliana”, where he worked as pasta executive chef. After moving to London, from 2013 to early 2014, he was the Pizza executive chef of Prima sapori d’Italia. In 2014, he Co-founded a UK jam business, “the Covent Garden Jam Company”. An opportunity came up and came to Vancouver on a working holiday in 2014 and worked as the Pizza Maestro at Bella Gelateria Pizzeria, after a few months he then joined the Glowbal Group working as the Pizza Master. He has since received his PR in Canada, in 2016 he joined Nightingale Restaurant as their Pizza Chef where he is today. Giuseppe Cortinovis also consults with pizzerias world-wide. 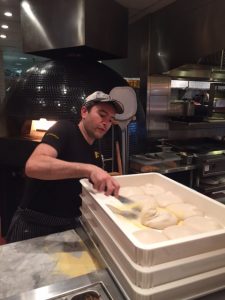 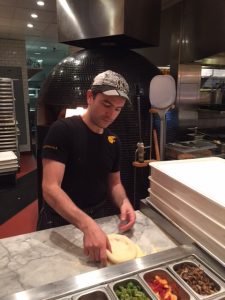 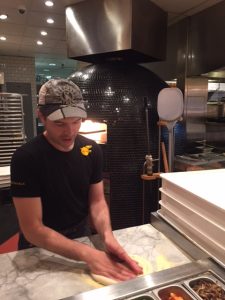 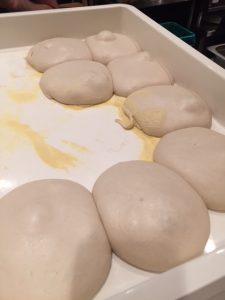 After coming to Vancouver where did you end up working?

I came to Vancouver on a working holiday and ended up working for Trattoria by Glowbal Group.

How did you end up competing recently at a Pizza Competition in Las Vegas?

Pizza Nova which is located in Toronto has 140 pizzerias, they contacted me and invited me to represent Canada and compete in the North American competition, I won 2nd place.

Asides from your career as a Pizza Chef, what else have you done?

I opened a bakery in Italy 10 years ago which I still own, my family runs it while I am here in Canada. 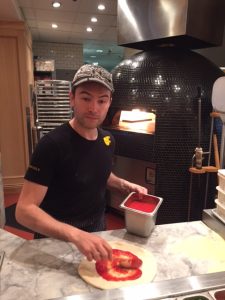 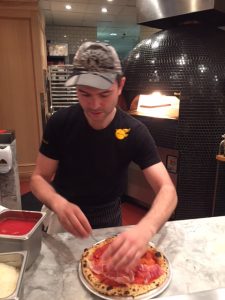 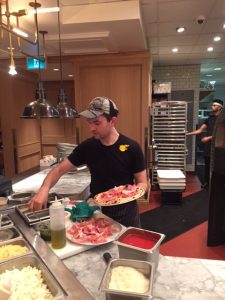 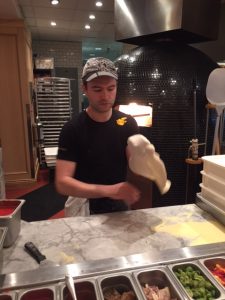 What does a 2-3 day fermentation do to the pizza dough?

The 48 hours in the fridge time along with the 11 month sourdough starter (or mother which is another way to describe it) this makes the dough sour.

How did you end up learning to make Pizza?

I was studying electronics in university, my uncle was a chef and opened a restaurant in San Pellegrino, Italy. I got a job there as a server, then I moved to the kitchen to make pizza. I worked there on weekends. Almost finished my degree, but my family needed help with the bakery they opened. I had to make a decision to stay in school or help in the bakery, I then joined the bakery to help them and worked there for the next 7 years. I ended up taking over the bakery and payed off the bank loans. I wanted to take a break so I left and went to Australia on a working holiday. 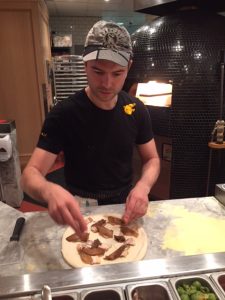 No, I learned that here in Vancouver.

Is their a perfect temperature for baking a pizza?

It is a balance of the dough, the ingredients, and what you want to achieve. 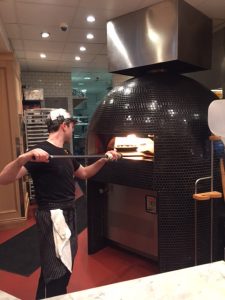 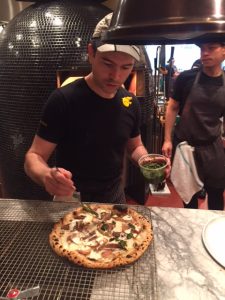 What is your favourite pizza to eat right now?

The new American style that I made at Nightingale Restaurant.  I also like Roma style. 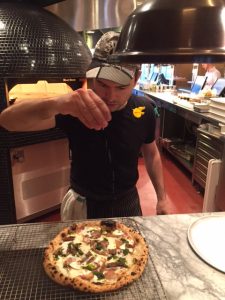 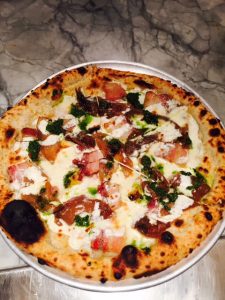 Study the economy and the stock market

The ones I haven’t cooked with yet.