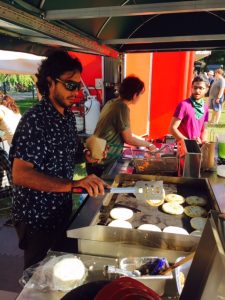 During the weekend of July 15-17, 2016 I enjoyed countless hours listening to music from musicians who performed at the 39th Annual Vancouver Folk Music Festival that was held at Jericho Beach Park. In addition to the music, I enjoyed some delicious food during the festival weekend by trying some of the dishes the food vendors were selling. 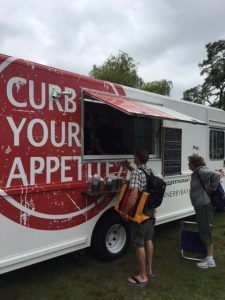 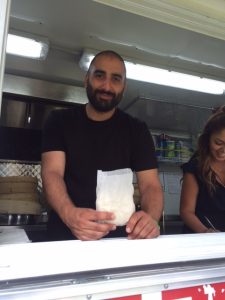 Chef Bayan at Curb Your appetite 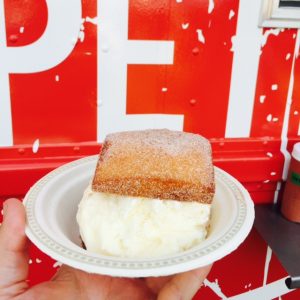 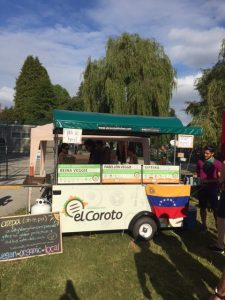 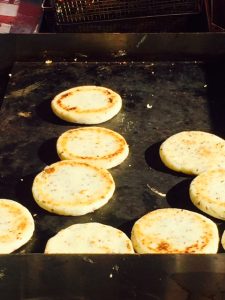 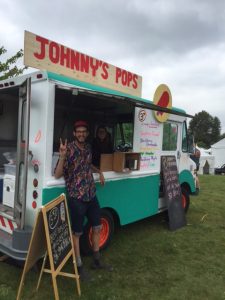 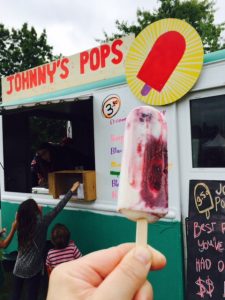 I loved the delicious Venezuelan Arepas at El Coroto Kitchen, along with the Chinese style Churro Ice Cream Sandwich by Dinner by Bayan at his Curb Your Appetite truck. The Blackberry Cheesecake Popsicle by Johnny Pops was the perfect ending on Saturday. 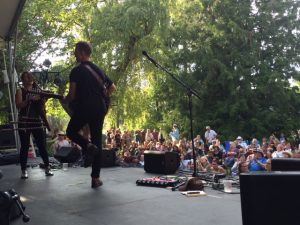 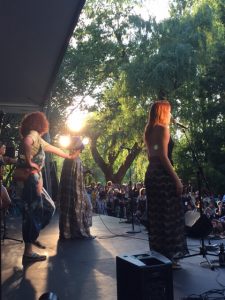 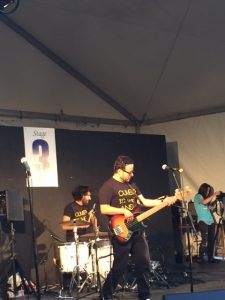 Stage 3 was the place to be for the non-stop dance party and 3 incredible acts, Trad Attack (Estonia), Jojo Abot (Ghana) and Mexican Institute of Sound (Mexico). 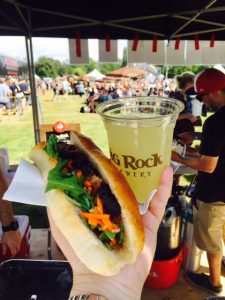 Such a great combo, Banh mi Sandwich filled with delicious pork belly and veggies along with a Dickies Ginger Beer at Big Rock Urban Eatery on Sunday. 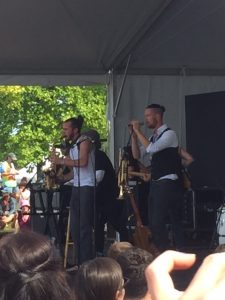 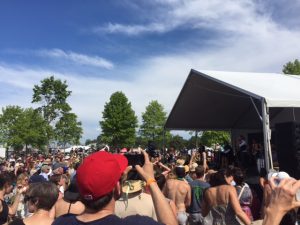 The best music to be had on Sunday afternoon was at Stage 6 in the hot sunshine with a whole lot of people dancing. The “Wavemakers” set featured Mexican Institute of Sound, Trad Attack and Les Noces Gitanes. 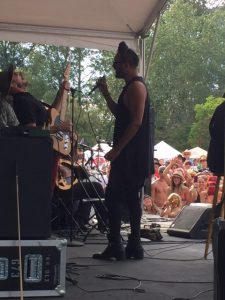 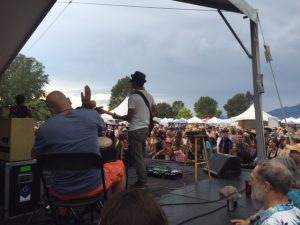 Nahko and Medicine for the people

The World Dance Party featured Nahko and Medicine for the people, Yemen Blues and Ajinai and for me this was the perfect ending to a wonderful weekend of music and delicious food in one of the most spectacular settings around.

Outstanding in the Field at UBC Farm