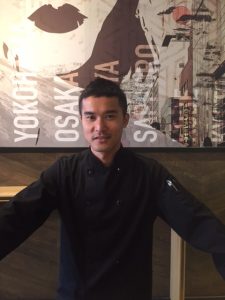 At 17 years old his first job in the hospitality industry was a dishwasher at Earl’s. Around 19, he joined the Synergy Group (owned Lucy Mae Brown’s, Century House and others) as a cook moving up to Sous Chef. In 2007, he took over the Century House kitchen and held various roles ending up as the Executive Chef. He then moved on and went back to his hometown to Nagoya, Japan to work at the Princess Garden Hotel. From 2009 – 2013, he was the Exec Sous Chef at Coast Restaurant in Vancouver. In 2013 he went back to Nagoya, Japan for about a year, then moved to Koh So Mui, Thailand and worked at a culinary school for a year. In September 2015 he became the opening Executive Chef at Q Shi Q Japanese BBQ where he is today. 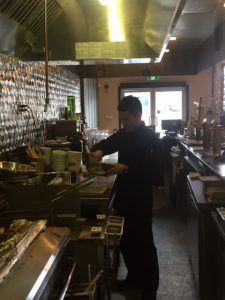 What Challenges did you encounter when starting Q Shi Q?

I joined the team halfway through their opening operations. Some of the challenges were working with people that have never worked in a restaurant, confidence, the main difficulty is coming into a project mid-way to be on the same page as everyone.

Favourite ingredients to cook with?

What is your favourite food to pair with Sake? 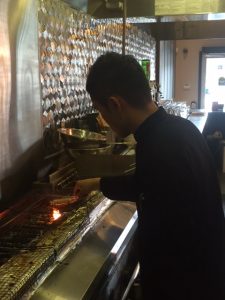 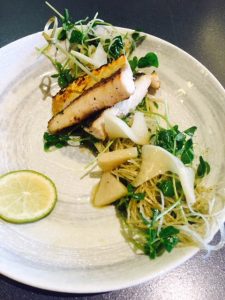 It came from the seafood guy trying to sell me mackerel. I said yes because mackerel was some of my childhood favourite dishes, I also love daikon and ponzu. 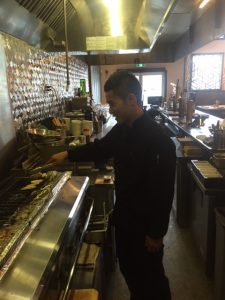 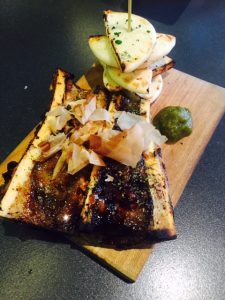 In Japan we don’t have beef bone marrow, this is why I wanted to do it here. 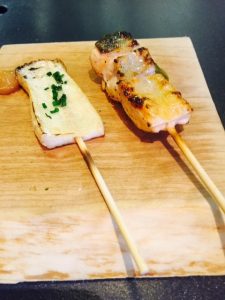 Leek shijo pesto (for the mushroom)

Yuzu Miso (for the arctic char)

I asked my seafood supplier for an Oceanwise fish that is fresh. Arctic Char was the perfect one and it’s Canadian and easy to cook. 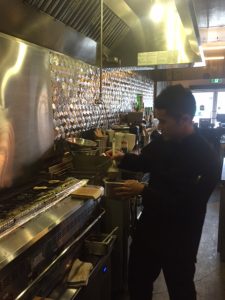 What type of Mushrooms are your favourite?

(only found in September for a couple of weeks)

How about everyday types of Mushrooms? 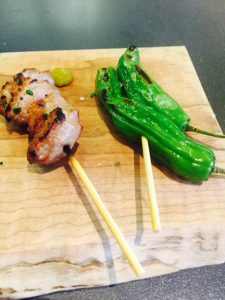 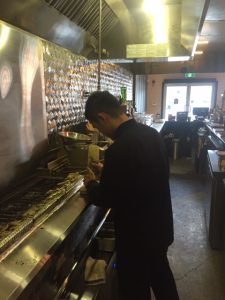 Did you always want to get into cooking?

I always liked cooking but after I had moved to Vancouver, in grade 7, I was picky and had to make my own breakfast and lunch. I started going grocery shopping with my mom and found ingredients that I wanted to use to cook.

Tell me about your Pivatol moment

When I was 13, I slept over at a friends house and they made me a grilled cheese sandwich, that opened up the use of butter and using bread and transforming it, I got excited in what food offered.

What is your family background as far as profession?

My father and my family had owned restaurants and were hoteliers. 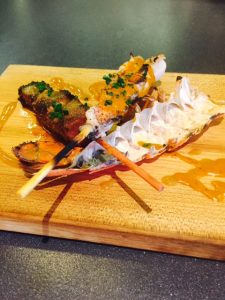 What is the secret to making a good sauce?

Why would you bring sugar in from Japan?

Kokieo – black sugar is not filtered and it’s a base for many Japanese sauces. It has a unique taste which is ideal for cooking.

Joy of Feeding on June 25