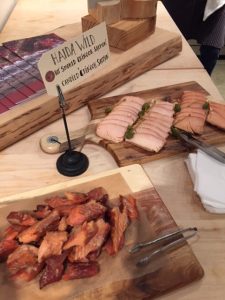 At each of the 4 chef stations I had a chance to sample their salmon and other products as well as try some passed around canapes. 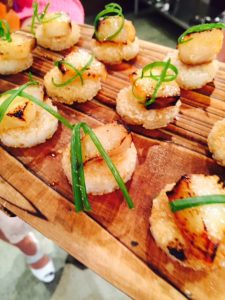 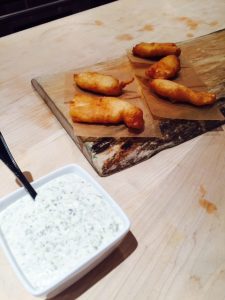 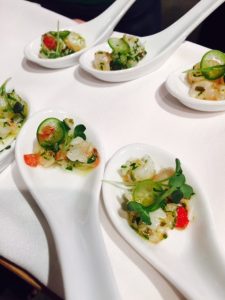 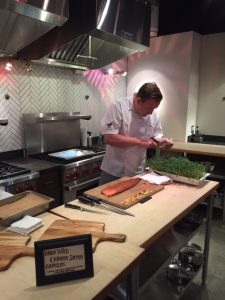 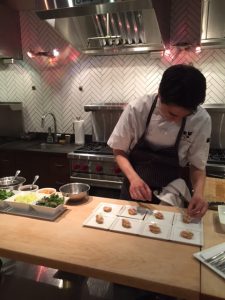 Loved the Miso Sablefish on a crispy rice cake, followed by the Haida Gwaii Beer Battered Halibut, the BC Spot Prawn Ceviche, the Chinook Salmon Gravlax, and the Albacore Tuna Tataki.

Haida Wild Seafoods is a seafood supplier that is based in the Haida Gwaii, oceanwise products that are supplied to local restaurants and such. You can also find them on twitter @HaidaWild

Brunch with Andrew Sosa at Catch 122